Kinky Brain: Tying up the Body to release the Mind. This story begins with me in a pre-recuperative state with blood pressure much lower than usual after getting tied up and hanging upside down for 20 minutes.

I am lying on my side on a warehouse floor, wearing a bodysuit, hands and wrists bound with six meter lengths of two-ply jute.

My friend drapes a blanket over me, wraps me in his arms, giving “aftercare,” an element of a successful rope play scenario in which the rigger gives whatever care the bottom needs. Sometimes this means quiet cradling.

Human touch is thought to stimulate the release of natural opioids, such as endorphins and the hormone oxytocin. And at these moments, I am soaking in these neurochemicals.

As my awareness recalibrates to take in a larger scope, I feel the minimally audible beats and the gentle lighting in the room. I begin to take interest again in the others, also coping with varying positions of extreme vulnerability.

I hear an occasional moan. Some people are dangling by wrists and ankles from a laterally suspended bamboo pole; others have their hands tied above their heads with chains hoisted to the ceiling. Some are tied with ropes on the floor in an aesthetically gorgeous form of Japanese rope tying called Shibari.

The rigger who eventually hoisted me into the air began by letting the rope slide over his palms, allowing the roughness to caress my skin; he circled my ribs several times with the support line of jute and skillfully roped me into a chest harness. All these actions heightened my senses as I tuned into his movement cues when he touched me lightly on the back or spun me slowly. I quickly dropped into a place some call “sub space.” I call it “bardo.” A Tibetan word, bardo means “intermediate state,” “in-between state” or “liminal state.” This word can be used metaphorically to describe a space when external constraints recede and details are suspended.

My hands were tied in a prayer position at the base of my tailbone. As I was forced to the tips of my toes when he pulled down on his rope lead, I observed a quick wave of fear. Toes still brushing the floor, Michael tightened the chest harness. My breathing felt suddenly labored. “Got to get out of this!” came the involuntary fearful thought, as he shoved me lightly and my feet left the ground. Hanging only by the connection points in knots on my thigh and the chest harness, the push sent me away from him; I swung into the boundary-less air. I broke into a sweat, focused on taking slow breaths and focused on the sensation. I had only one choice: to release resistance. Trapped in a bottom-up position enabled me to hang limp in the time-free space, as more blood entered my heart chambers and slowed down my heartbeat. I felt the closest thing to peace I’ve known.

The dilation of time was similar to a drug trip, but soothed my body, in contrast to my forays into psychedelics, which usually left me muddled and agitated. Time resembled an accordion fan, expanding and contracting until the keeping of it seemed meaningless. I felt my heart rate slowing, my parasympathetic nervous system took the wheel. I spun slowly, back arched, neck, spine and ass exposed, hair swinging over my face, fingertips gently brushing along my thighs, the erotic was a secondary sensation. Primary arousal took place deep in my core, or what I now call the “bardo” brain. This is what it’s like to surrender. Is this what it’s like to die?

For obvious reasons, it’s very nearly impossible to prove that the rope bondage is anything like near-death, but written accounts of other altered states and near-death experiences do share some similarities. The same is true in cases of extreme injury, like in the case of a lion attack described by Dr. Livingstone, who describes it this way:

“The shock produced a stupor. Similar to that which seemed to be felt by a mouse after the first shake of a cat. The shake annihilated fear and allowed no sense of horror in looking round at the beast. It caused a sense of dreaminess in which there was no sense of pain, nor feeling of terror, though I was quite conscious of all that was happening. It was like what patients under influence of chloroform describe who see all the operation but feel not the knife.”

I instantly recognized the “sense of dreaminess” Livingstone described. This example is not meant to suggest that the person allowing herself to be tied up (the rope “bottom”) likes to flirt with death or that being tied up and suspended is anything like being eaten alive by a lion. It is not even meant to conclude that the appeal of getting tied up is driven only by a mechanistic neurological response.

Days after dropping back into my daily routine, I keep asking myself what kind of person wants to repeat this scenario. Is there some kink in my brain that makes me do this? Is there a desire for oblivion that makes me want to pass through a narrow portal? Bondage, in general, though now having its moment in the zeitgeist, is weird to most. But a closer look reveals this kind of play has potential for study of the brain’s capacity to soothe the body. Can brain circuits or system pathways be targeted to induce a calm state and hijack the stress response?

Seeking out these highly focusing or sensory-altering experiences is a human impulse. Taking LSD, “Molly” or any other psychoactive drug are just some of the manifold ways to get there. Athletes who describe the mental state produced by ultra-endurance exercise, as well as practitioners of intense religious experiences and transcendental meditation, also seem driven to achieve a calm state. Do each of these states trigger the brain to take care of the body by calming it down, and mediating the stress responses?

A growing body of knowledge on the neurobiological effects of meditation on the brain suggests this could be true. For instance, scientists based at the Center for Investigating Healthy Minds and the Waisman Laboratory for Brain Imaging and Behavior, ran a robust program analyzing the effects of meditation. They collected a group of 14 expert meditators who had meditated at least 10,000 hours. Both control subjects and experts were instructed to enter a meditative state before the test, which involved the application of heat to inside the forearm below the wrist. The scan began after a warm heat cue was applied but before the painful heat was applied. Immediately afterwards, participants’ brains were scanned with a functional MRI, which showed that, compared to the control subjects, the experts had less activity in the saliency network and in the amygdala, an anxiety-related area.

According to Gayatri Devi M.D., on the faculty of the New York University School of Medicine and author of The Calm Brain, all cultures aspire to cultivate this mediating of the stress response. We see this aspiration manifested in such practices as meditation, chanting, or saying the rosary. Dr. Devi’s research suggests that any head down, bottom up position will stimulate the parasympathetic nervous system. The parasympathetic system, using a central information line between the body and the brain called the vagus nerve, sends signals to the frontal lobes that all is well. And the body feels fearless or floating, dreaminess or serenity.

There are enough possible parasympathetic responses and brain receptors at work that it may be impossible to isolate which part of the experience had the positive effect I sought: being trapped and hanging upside down, or the subsequent intentional and caring touch. To conclude, I don’t know exactly what rope play is doing for my brain, or whether I should call it meditation, a glimpse of death, or parasympathetic stimulation. I only know that I found a homespun way of targeting my own neural emotional regulation circuits to alleviate anxiety by hanging in this altered timescape. 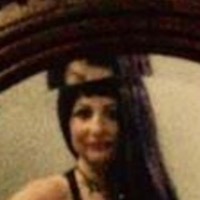