My Miscarriage Offered the Greatest Blessing. 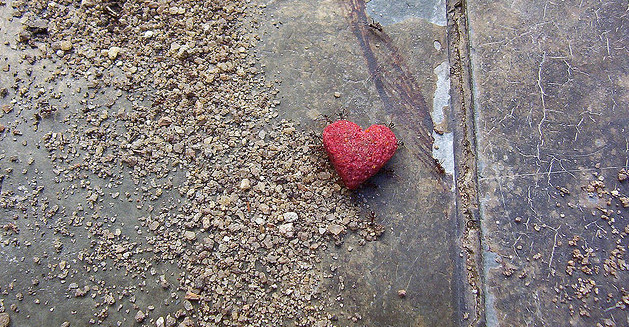 She smells of hope and new beginnings.

Buried in my arms, her tiny hands hang limply against her side as she rests her perfect little face on my shoulders.

Rocking her to sleep, I nestle my nose in her neck and the softness of her skin greets me like fresh linen on a summer day.

Our breathing becomes synchronized; our heartbeats become one. I can’t believe that in six days my baby will be two years old.

There was a time when I prayed for moments like this—a time when she seemed like an unattainable dream, something that I yearned for. I think about how long and hard I prayed for her and how difficult my journey was at times.

There were days when even breathing was a struggle, times when I felt as if my heart was being yanked from my chest, but I would not trade any of it. Every tear, heartbreak and obstacle that presented itself was what brought her to me.

I was 34 when my husband and I decided that we wanted to have a baby. What seems to come so easily for some can be virtually impossible for others. I never thought that starting a family would be so difficult.

Getting pregnant when we actually want it can be one of the most challenging and emotionally exhausting experiences we can face. Even more so when it seems everyone else is getting pregnant without trying.

I’ve seen many friends and family members become parents and wondered when my time would come. When would I be chosen to receive this blessing? I quickly realized that conceiving isn’t something we can control. We can assist the process, but we cannot make it happen.

Everything I had read said that most couples conceive within a year of trying. Lamar and I had been trying to conceive for two years with no success. We decided to see a fertility specialist because, if there was a problem, we wanted to deal with it as soon as possible.

The tests concluded that I was perfectly healthy and so was he. So why couldn’t we get pregnant?

Our doctor told us that sometimes there is no scientific explanation for this, and because we’d been trying for so long, our best chance to conceive would be through intrauterine insemination.

While this was not how we imagined getting pregnant, we were willing to do whatever was necessary.

When we arrived at the doctor’s office for the first insemination, Lamar held my hand and assured me that everything would be okay, that this was just a part of our journey. “Trust God,” he said. The insemination process lasted less than five minutes. I was hopeful. I had no doubt that God would bless us with a child.

The author Paulo Coelho once said:

“When you want something, all the universe conspires in helping you to achieve it.”

We wanted a child badly. It was my heart’s deepest desire, and because I wanted more than anything to be a mother, I just knew that the universe would reward me. It took six insemination cycles, but our dream of conceiving came true.

During our first prenatal visit, the doctor performed a transvaginal ultrasound and confirmed that I was pregnant. He said that my pregnancy hormone levels were low, but he was confident that they would increase.

At my second appointment, my hormone levels were up, and we were able to see the baby’s heartbeat.

I was six weeks along.

Lamar and I were the happiest we’d been in a long time.

But I didn’t realize that getting pregnant was only half the battle. The other half was making sure that I carried full term and gave birth to a healthy baby. I was so consumed with getting pregnant that I had lost sight of the bigger picture.

As I was ending my 8th week, I noticed some spotting. It continued for a couple of days and then turned into uncontrollable bleeding and cramping. My heart was heavy. I could no longer deny what the doctor had told us at the last visit.

I crumbled to the bathroom floor as our baby poured out of me. The blood came like booming waves, an unending attack. My uterus exploded into pieces, fractured and fragmented, like my dying faith.

I had never imagined that I wouldn’t carry this baby to term. I felt numb inside. I was dead. I cursed God and what he was doing to me. What God would place a life in my womb and then take it away? I felt like someone was playing a cruel joke.

I locked myself in the bedroom for an entire week—the time it took for nature to take its course. I refused to see or talk to anyone. I was in mourning. God had placed the baby in my reach and then snatched it from me. I was broken and did not know how to begin repairing the shattered pieces that remained.

“It has been said ‘time heals all wounds.’ I do not agree. The wounds remain. In time, the mind, protecting its sanity, covers them with scar tissue and the pain lessens. But it is never gone.” ~ Rose Kennedy

I needed time for my mind and my heart to heal.

It has been three years since I lost my baby.

Emotionally, I am in a better place now. I no longer blame God or myself for the loss. I am healthy and happy.

As I sit here holding my beautiful little girl in my arms, I have finally learned to trust my journey. While we may never understand why certain things happen, the miscarriage taught me that sometimes bad things happen in order to make way for greater things.

The Silence Behind A Miscarriage. 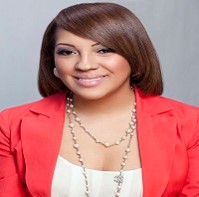