My name is Echo Giesel Widmer. I came to Nepal on a climbing expedition with my expedition leader, Don Bowie, and two other professional climbers, Ben Erdmann and Jess Roskelly.

I was here to film with two other filmmakers, Cody Tuttle and Scott Rogers. After 25 days living at basecamp, everything changed around 11:25 AM the morning of April 25th. A 7.8 magnitude earthquake shook our world for many moments. The entire camp fled. At first I thought it was a avalanche or an epic ice fall. But when no snow or ice flooded into camp, I realized it was an earthquake. I ran as fast as I could behind my teammates.

After the earth began to stand still again, we all looked to one another for comfort and understanding of what had just happened. We had no knowledge of the earthquake’s effects until later.

We had been completely disconnected from the world for those 25 days; we had limited calling from our SAT phones to family members, and we did not have wifi. So we were truly unaware of what had happened down below us, off the mountain. Family and friends tried desperately to connect with us, because news had come through that 30 people had died in an Avalanche at Everest basecamp, and many more were injured and missing.

While trapped at basecamp over the next seven days, we learned that this earthquake was the worst disaster that had hit Nepal in 80 years.

We were then given these staggering statistics from the UN:

We all felt very lucky to be spared.

The USA and countries from around the world began pouring out their support to help the people of Nepal.

Back where we were trapped at basecamp, food was running out and people’s tensions were growing. Finally, after 7 days of climbers calling in to their own embassies for assistance, we were granted a helicopter rescue.

On the seventh morning since the earthquake, all campers stood outside waiting for a helicopter to appear. And then it did. We heard its propellers making its way through the valley floor. I began to cry, realizing I was both sad and happy. These climbers had become family after 32 days together.

Our team made a quick decision to abandon our immediate plans to climb Annapurna and return to the valleys below to aid relief efforts. After a treacherous decent from basecamp, the entire team reunited in Tatopani where we continued our journey to Pokhara.

With the original intention to work with a structural assessment team stuck in Kathmandu, our plans adapted to team up with Karma Flights, a local N.G.O.. Don Bowie (expedition leader), Ben Erdmann (climber), Jess Roskelley (climber) and Alex Barber (climber) are already on the ground and headed for the Gorkha area of Nepal.

Karma Flights is a long-standing local organization with government support that has been assigning available medical and general aid support to the small villages most affected by the earthquake. Most of these villages have not been contacted after the initial tremors due to the difficulty of overland travel and the destruction of roads and mountain passes. Don’s EMT training will be of immediate assistance to people who might not receive any other aid for many days.

Our team of climbers set out to travel to these villages to make contact and assess damage and casualties. As an “eyes on” recon team, they are relaying this info back to Karma Flights for the allocation of aid supplies. Upon reaching impassable roads, the team is now on their third day on foot, trekking into unreachable but highly affected remote villages as first responders.

We haven’t had contact with the team in over 16 hours due to intermittent cell and satellite reception; however, last we heard they’re attempting to get more aid and supplies to the many villages in need. One village, Barpak, lost all of its 1400 homes, with many dead. Residents are sleeping in makeshift shelters. Our team brought up 1000kg of food, making a small dent in the needs of the villagers. The water supply is non-existent and our team is filtering water out of puddles next to the road so that they can continue on. Many of the dozens of villages in this area are in the same shape.

Our goal is to garner as much international support as possible to continue reaching out to these uncontacted villages and assist their immediate needs: food, water and shelter.

As mountain climbers, our team is self-sufficient and travels quickly, so it’s in a unique position to reach these villages and allocate aid. We’re hoping to get other companies and organizations within the outdoor industry to help spread the word and provide support. Nepal is one of the most beautiful places in the world, and the Himalayas are a sacred place to adventure, known around the globe.

There is a reason we found ourselves here at this time. We are only eight people, but we’ve already raised 17,000 dollars to go toward the relief efforts. I know in my heart we can do so much more, and our team is dedicated to these beautiful people. I hope that you may all find it in your heart to give a little as well.

Please donate to the campaign we’ve created around our efforts, More Than Sport, if you can.

Thank you for hearing our story! 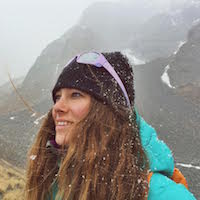