My Yoga Quest: Blossoming in the Middle Years. 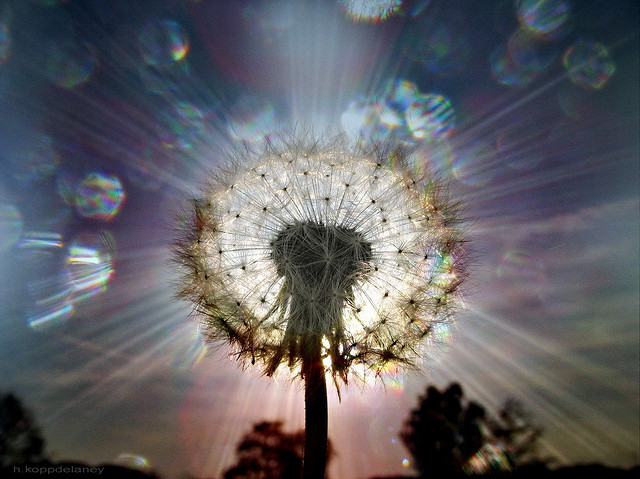 “At various points in our lives, or on a quest, and for reasons that often remain obscure, we are driven to make decisions which prove with hindsight to be loaded with meaning.” ~ Swami Satchindananda, The Yoga Sutras

Many of us in the middle years find ourselves right where Swami Satchidananda points to, at a place that is obscure and seems to have no meaning. The life that I had lived for almost two decades had ended. As Anais Nin is quoted saying, “And the day came when the risk to remain tight in a bud was more painful than the risk it took to blossom.”

The yoga class was in the Civic Center in Laramie. The room was a converted classroom that looked out on the hills east of town. Here, I’d practice moving and standing still. I’d watch the trees wave in the strong breeze as I tried to balance in Vrksasana.

Fortuitously Emily Brown came around, and the wheel of transformation took another turn. As Emily Brown’s mom would say, “What’s that about?” Emily’s little studio became a hub for practice and inquiry, a warm room rich in discovery and fellowship. Emily’s studio became a center of community for me. Blossom became a place to practice, to develop friendships, to study, and to grow with the yogic philosophy.

I had participated in yoga classes, now and then, for a number of years. And as a runner I was well versed in many of the “asanas,” or poses of yoga, but back then we runners called it “stretching.”

So what made yoga so much more meaningful to me than stretching at this juncture of my life? What made the yoga at this time in my life so much more meaningful? Was it because I was at a “midlife crisis,” so often attributed to people of my age? Was it an inner calling for meaning in a life that seemed to have gone off the tracks due to loss? What conditions were coming together to give this practice both an urgency and depth of meaning that did not seem present in the past?

For me, it was learning about intention. In the studio I was guided by the teacher to create an intention for the practice. At the front of the room the teacher might say, “Bring an intention of gratitude,” or, “What intention is arising for your practice today?”

I began to investigate Intentional Practice. Intentional Devotion. Intentional Breathing. Intentional movement linked to inquiry. Intentional inquiry into what was happening both inside my body and in my outside point of view. I came to yoga at a pivotal point in my life, a place and time that demanded an intentional view of what was taking place inside my head, heart, and soul. A place author James Hollis calls “the middle passage.”

About this time—midlife—Hollis writes, “Life has a way of dissolving projections and one must, amid the disappointments and desolation, begin to take on the responsibility for one’s own satisfaction. There is no one out there to save us, to take care of us, to heal the hurt. But there is a very fine person within, one we barely know, ready and willing to be our constant companion. Only when one has acknowledged the deflation of the hopes and the expectations of childhood and accepted direct responsibility for finding meaning for oneself, can the second adulthood begin.”

And it was on the mat and in yoga that my second adulthood began. It was on the mat that I began to take direct responsibility for finding meaning for myself both on and off the mat.

The Yoga Sutras of Patanjali is one of many guidebooks available for finding one’s way to personal transformation.

The Yoga Sutras’ detail—delineated through a ten step process—is a map for how to engage one’s inner practice and out-in-the-world habits of mind. The classic Indian text, The Bhagavad Gita, details an even more specific task at hand: how to engage in the complexities of society and still be true to one’s inner calling. The books of Stephen Cope became inspirational texts for what was possible in my own life. In Cope’s books, especially The Great Work of Your Life, inquiry into this particular phase of life known as the middle years is explored in detail. Cope looks to many historic personalities and people he knows to detail how to navigate the passage through life’s course.

All these texts as well as Hollis’ work seek to acknowledge the reality that, “It is a very difficult truth to those in immense suffering, in the dark night of the soul, that their pain is good for them. But the way ahead may be found in the suffering. There is no cure, for life is not a disease, nor death a punishment. But there is a path to more meaningful, more abundant life.”

It is through the lens of yoga, the physical, spiritual, social, and emotional practices of yoga, functioning like a lantern’s light, that guides me through that dark night of the soul. The light of yoga has nourished this blossoming of my personal transformation.

Choosing to go to yoga instead of any number of venues for diversions was, as Swami Satchidananda says, “loaded with meaning.” My life—my second adulthood—is now rich with meaning, with joy, with the opportunity to be in a constant state of personally directed transformation. I am grateful for the teachers, guides, and gurus and for the opportunity to turn toward myself instead of away from myself. It has been ten years since my unintended quest began, and each day becomes an opportunity to intentionally inquire into the next inspired step.

I invite you, especially if you are in the Middle Passage, to intentionally explore this remarkable time in your life. Dive in, seek out, and uncover the dragons that block the way to your treasures. 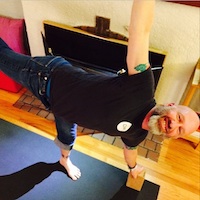