Please Don’t Use the “N” Word in My House or in front of My Children. 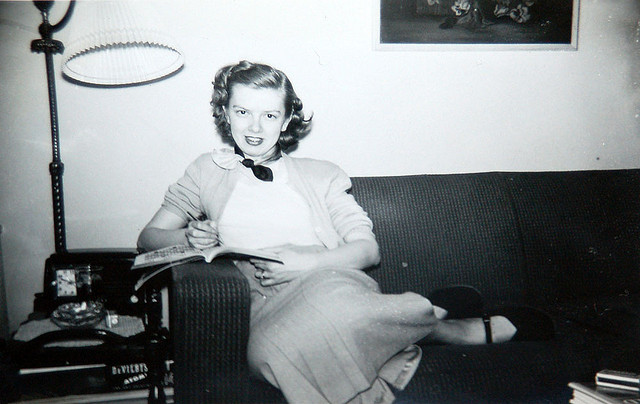 Back in the 60’s when the world as we knew it was changing through the civil rights movement, I was home taking care of two toddlers and a baby, all under the age of four.

So inundated was I with washing diapers, sterilizing bottles, emptying potties and making sure the mashed potatoes didn’t have lumps in them that I didn’t have time to notice that there was a whole wide world beyond my tract house that was heaving with problems.

One day my husband called me to tell me of a riot going on somewhere in the south and to turn the television on. My children were napping, so I turned the sound down completely so as not to wake them and stood in the living room staring at the black and white images on the screen, a swarming mass of people, dogs, police, violence, anger, blood—all being telecast live.

Such scenes as this had not, until that time, been seen on television before. It was horrifying. It was the world gone mad.

I knew nothing of the legalities of civil rights, constitutional rights or human rights. I knew nothing of political struggles and until that moment, I certainly knew nothing about what was going on in the South. But I didn’t need to know these things. When I saw the images on the screen, I felt my heart and my mind open and when the program cut to a picture of the figures marching across that bridge in Alabama they marched right out of my television into my living room, carrying with them all I needed to know.

Having just delivered a baby, my own birth pangs were not so far behind me that I could not feel again those labor contractions occurring in the great collective birthing going on before me. I stood there, stunned and alone in my living room and wept for the beauty and pathos, for the valor and, yes, I’ll say it, for the glory of what I was seeing.

In that incredible moment of the television I had been brought into the classroom of the greatest of teachers, the Great Collective Unconscious. I’d had my awareness raised and from the vantage point of its new higher ground, saw that I was one with the men, women, and children who were moaning and retching on the screen.

I was forever changed by that moment. I hadn’t sung any peace songs. Hadn’t gone to any rallies. There was no marching, no activism, no nothing. There was just an epiphany in my living room.

“I felt knowledge and the unity of the world circulate in me like my own blood.” ~ Hermann Hesse

It was pretty simple stuff but I was burning with the truth of it; committed to imparting it to my children as they grew. In that small way, I thought, perhaps the only way available to me in those constrained times, could I help to bring about a change in the world at large.

One night during that period a couple my husband and I knew was at our house sharing drinks with us. Conversation was going on in its usual way when the wife, referring to the riots on the news, used a racial slur.

To me, it felt like one of the bravest, most daring things I had ever done. My knees were actually shaking. I had no like-minded people whose organizations I had joined to back me up. No ideology. Not even a book I had read on the subject. All I had was what I had seen on the television and what I felt inside me. Speaking such a personal truth in my life of white bread, white thought, white supremacy and all white neighborhoods filled with women who didn’t work and didn’t step outside the lines of what was expected of them, bordered on the revolutionary. It didn’t matter to me.

I was marching across a bridge in Alabama.

“Please don’t use the “N” word. Not in my house and not in front of my children.”

The woman got up from the sofa, walked into the bedroom to get her coat and without a word, left the house, her husband following her. In all the time it took for her to do that there was total silence.

I sat there thinking about it. About the silence, and about how that’s the reason the woman had been able to say what she had said in the first place, because of silence.

I wasn’t going to be silent any longer.

In the mid ‘90’s, after we thought we had learned so much, after so many people had fought and so many people had walked across so many bridges and after I was out of the narrow, confined world of a 60’s housewife, I was working on a temporary assignment at a university in the South.

I had gone to the Dean’s Office to pick up some paperwork from his secretary and when she couldn’t find it she simply blamed “that stupid ni***r down the hall” for not having brought it to her on time.

I stood there for a moment realizing that I hadn’t heard that word used in every day conversation since the time I told the woman to please not use it in my house way back in the 60’s. I also realized I was going to be having lots and lots of interactions with this particular secretary. I needed to get along with her; she was the gatekeeper to my boss’ boss.

The secretary didn’t get up from her desk and didn’t walk away like the woman in my house did. She sat there behind all her institutional armor and didn’t even bat an eye.

Once again, I saw that bridge in Alabama and realized, it still hadn’t been crossed.