Sh*t Just got Mystical: What Traveling Alone Taught Me. 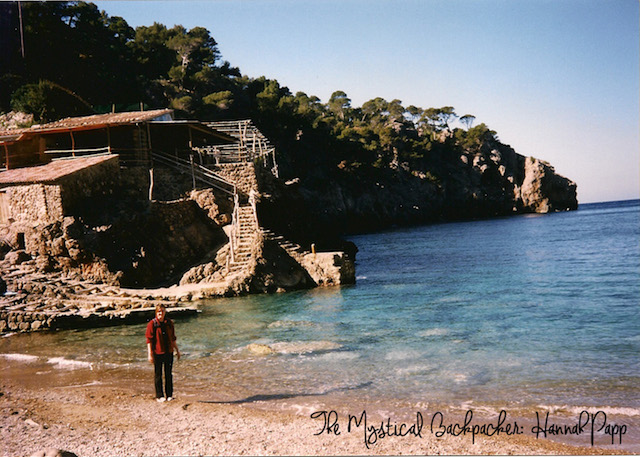 When the car dropped me off at the train station, I left the comfort of friends and the warm cocoon of heated upholstery and stepped into a damp, misty evening, dark and foreign, with a scattering of strangers illuminated by a weak yellow light.

Where would I have to go to buy my train ticket?  Would they speak English? Would I find the small pensione without help? Was I safe?

The chill of the night imprinted on my very soul and I felt uncomfortable, frightened and daunted.

I had never traveled alone, and now the five weeks I had allocated myself stretched out grimly ahead of me.

The days were easier. I would meander for miles, sometimes with a coffee or ice cream cone for company.

I feasted with my eyes on the smallest details and became the ultimate observer. Arched bridges cuddled up between walls gripped by climbing flowers, water fountains would appear on laneways, perpetually running and old enough to have satisfied millions, and doorways embellished with hand-painted tiles brightened the shadiest corners.

I listened to the places I was in. Italy was laughter and yelling and singing. Spain was chatter and celebration. Greece was long stretches of silence and gentle purrs, orchestrated to the sound of racing mopeds. The sunlight changed from place to place. It took on new hues and temperatures, cast its light differently in subtle shifts of gilded touch.

I coasted on currents of silence.

Of course, I met many people. I would talk to someone at the next table or share an observation with a fellow observer. Here and there, a person would magically appear beside me and offer some insight or comment that would resonate.

It seemed as though my mind was being read and answers to the questions I pondered were gently meted out by divine intervention through the mouths of strangers. If I felt tired, a chair or bench would appear around the next bend. When I was hungry, someone would offer me an apple and wave happily as I bit into it while walking away.

The nights were still uneasy.

Steps echoed behind me as I made my way down side streets. Drunken groups would shriek and cackle and jostle past me on cramped sidewalks. This evoked yearnings for my own friends, my own tribe. Who were they, really? Did they truly know me, or were we just a result of circumstance and shared experience? Who looked at me and saw….me?

And then, as though in answer to this small question, to this small prayer, kindred spirits began to appear and I made new friends. Knowing looks passed between us. Laughter erupted from silence. Petty struggles and disputes were waved away with dismissive gestures and we’d move on to the next decision, acceptance easily reached. In long conversations, we shared stories, memories, jokes and struggles.

It was unfiltered and real, this exchange of equals.

The journey took on a new rhythm. No longer tied to an itinerary or schedule based on places I knew I wanted to see, it was shaped by the moment. No, I wouldn’t get off the train here.  Yes, I would go to that island. Sure, I would stay a while.

The hostels of big cities gave way to tents and boats and rental cars. Subways and trams gave way to mountain hikes and motorcycles. The landscape changed, and with it, everything else did too. Observation gave way to participation. Even when alone, I was connected to the place, the day and the activity.

My soul had surfaced and joy was felt acutely, daily. It could be evoked by seeing a cat sidle up to a stranger’s leg, or a line of laundry hung with careful pride. I could swim in it easily and became familiar with how it glinted and hid, like the sunlit dapples on the sea.

The air was different, too. Here it was stuffy and smelled like meats and cheese. Here it was salty and sharp. Here it was tinged with the smell of very old buildings. Here it was fruity and sweaty, colored by disco lights. Here it was cold and cool, smelling of palm trees and….what was that smell…..wet pavement?

Each moment filled with a wealth of information, for the first time I was aware of that and ingesting as much of it as possible. The present moment became a place I wanted to occupy: always unique and distinct. And when I had immersed myself in it fully and experienced it to the max, I turned to the pages of my journal.

It was like stepping through a portal, looking down at the tattered pages of my journal.

Always, the empty pages stretched ahead of me with the promise of total freedom taut between ruled lines. I moved through those pages in inky cursive, journeying like a pirate of old on the high seas. I wrote about where I was and what I saw. I wrote about those I met and what I thought. But most importantly, I was my very real and authentic self, and that identity mirrored back at me.

I became aware of the self I was and began to feel more confident and comfortable with that person. Apologies dispersed. Repeated needs and wants became clear. The yearnings of my soul surfaced. My load was lightened.

This is what it felt like to experience the mystical.

Connected and rhythmic, I was in breath, in step and in sync with the present moment. I became more comfortable with feeling fear and moving through it. I became more comfortable with not being in control. I still had no guarantees about how my life would turn out, but the future was now a place within which I could flourish, rather than be subjected to.

Knowing the driving desires of my soul—because this journey had put me in touch with them—meant that I did, after all, have a destiny.

Heading home, I knew the most valuable gift that traveling alone had taught me was this: I could take steps in the right direction—the direction to fulfilling it. 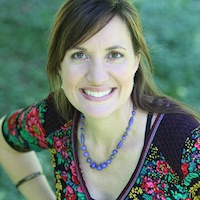