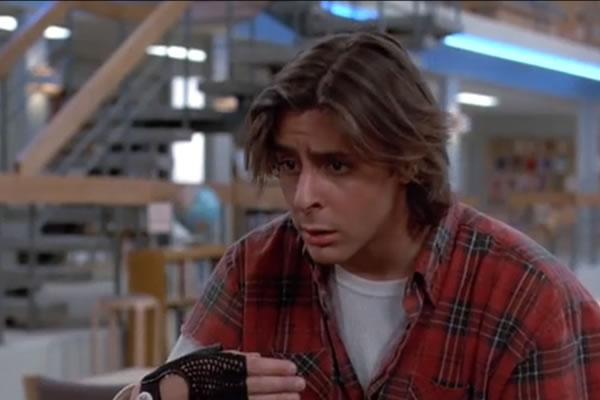 What have the 1980s and an American diet got in common? Copious amounts of cheese.

This was the period where Barbie and Ken embraced monogamy and MacGyver reigned supreme. Part handyman/part demigod, this handigod—if you will—could defeat Soviet super-agents, fix a leaky sink, wrestle a silverback gorilla, water his plants and rescue a child from a burning building—all in the one episode.

Similar to Fox News, MacGyver specialised in the art of making something out of nothing. Along with an ability to construct a homeless shelter from a roll of duct tape and a garbage bag, the original Big Mac successfully mastered the mullet look—a feat Billy Rae Cyrus never quite achieved.

Poor jokes aside, albeit for the briefest of periods, the 1980’s was an unapolgetic fusion of ostentatious trends, flamboyant fashion, fleeting gimmicks and the Sony Walkman.

Of course, it also provided us with unforgettable cinematic moments: Ferris Bueller took a well-deserved day off and Mel Gibson was Mad long before he went mad.

Next stop: Nostalgia Lane—30 years on, let’s take a look at three movies from 1985 that have stood the test of time.

Twenty odd years before Mel Gibson made “The Passion Of The Christ” and then discharged his very own lethal weapon (his mouth), he played Max Rockatansky—an enigmatic, post-apocalyptic warrior.

Back To The Future

Original, witty and methodically constructed, “Back to the Future” is a time-travel adventure that holds a special place in cinematic history.

Thanks to a time machine built from a DeLorean by Emmett “Doc” Brown, the viewer is transported back to 1955—an era of innocent pop culture and humor. Martin Seamus “Marty” McFly (played expertly by Michael J. Fox) meets his future parents as 17-year-old kids. But affairs take a weird, Freudian-like turn when the lovable protagonist’s mother-to-be takes a very evident shine to her future son. Marty does all in his power to help his father, George—a perpetually neurotic wimp—to man up or, at the very least, “lady down.”

With Lorraine (Marty’s mother), utterly smitten by our hero, a worrying paradox begins to form—one that that could ultimately result in Marty’s nonexistence.

Although Biff Tannen (George’s nemesis and supervisor), does all in his power to further emasculate Marty’s father, the gifted guitarist and skateboarder eventually succeeds in uniting Lorraine and George.

The beauty of “Back to The Future” stems from one universal fact: numerous teenagers just cannot—or simply refuse to—picture their parents as teenagers. Still in 2015, a time of unprecedented technology and indulgence, the message stands firm: even our parents need some guidance.

Without a doubt, ‘Don’t You Forget About Me’ encapsulated the 80’s like few other songs. The Simple Minds’ classic, which profoundly influenced Generation-X, appeared on the soundtrack to one of the finest movies of the 80’s: “The Breakfast Club”.

The plot—where five kids are forced to do Saturday morning detention in the high school library—might sound rather tedious. However, writer and director John Hughes encouraged the teenagers to intimidate, question, ridicule and confront each other in a way that was as unique as it was refreshing.

As one of the first movies to represent various teen stereotypes in a relevant and intelligent manner, “The Breakfast Club” served up some truly memorable dialogue:

“Sushi! You won’t accept a guy’s tongue in your mouth, and you’re going to eat that.”

“When you grow up, your heart dies.”

Hughes—opting for a stripped down, methodical examination of the inner psyche—sets an intentional tone by ensuring the five high school students spend the majority of the film confined to one room.

The jock, the geek, the freak, the bad boy and the princess—they are all portrayed brilliantly. And this all-too-real representation of angst and insecurity resonated with a generation of restless souls.

The beauty stemmed from the movie’s simplicity. Under more routine, everyday circumstances, these five characters would have never willingly interacted. However, left with little option but to overcome their discomfort, they must do something absolutely absurd: acknowledge each other’s existence.

Hughes, with proverbial shovel in hand, begins to dig—exposing the insecurities that each stereotype initially attempted to conceal. Along the emotional journey, the audience is treated to a delectable platter of prejudice, discrimination, empathy and, eventually, acceptance.

The jittery, imprudent behaviour of the Shermer High teens and the way in which cutting remarks merge with universal teen-truths, combine to make “The Breakfast Club” a perennial picture. Sometimes discontent makes the loudest noise and this belief wasn’t lost on John Hughes, who passed away on August 6th, 2009.

Casting Judd Nelson (the rebel in the group), as the story’s sole aggressor, was a shrewd move. Yes, John Bender gets on the other characters’ nerves—and on the viewer’s nerves too—but this adds a new dimension to the tale. (Interestingly enough, six years before the ‘thief’ Bart Simpson used it as his catchprase, Nelson muttered the immortal words, “Eat my shorts.” Enough said.)

Finally, the retro fashion might very well be labelled archaic, but the emotional revelations of each character are as relevant now as they were in 1985—not to mention Estevez’s dance moves.

A smooth mover, to say the very least.

Whether we consider times we lived through or the people we shared our deepest secrets with, nostalgia is a necessary and unavoidable force. It helps us appreciate our accomplishments and it helps us bury our failures.

Cinematic masterpieces are finely tuned to present imaginations of a wider society. And our lives—now busier, faster and, arguably, more stressful—require nostalgia. It satisfies our yearning for simpler, slower times.

The Breakfast Club May be Turning 30 But its Message is Timeless. 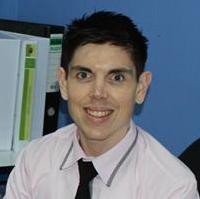