What to do When we Can’t Think our Way Out. Ever been in that place where you think, and think, and think about how to solve a problem until your mind is spinning, you have exhausted yourself mentally and nothing seems clear anymore?

Most recently, I could not stop thinking about the fact that I can’t drink.

I was seething with envy that everyone else gets to kick back with a cold one and that I cannot.

My pregnancy has not gone all that well, so I’ve been tied to bed and chair with very little activity allowed. Not exercising or drinking left me short on coping mechanisms. Truth be told, being a yogi and coach, I’m ashamed to admit that drinking is one of my coping mechanisms. However, that’s my current reality.

The most shocking part about this mind-spinning dilemma?

I’ve been cutting down significantly over the past three years, even going without a drink for two to three months at a time. So I know the fact I can’t drink isn’t the real problem here.

And if that’s not the real issue, what is?

Maybe it’s because it’s not my choice.

Maybe it’s because my husband gets to drink and I can’t, even though it’s our child.

Maybe it’s representative of how much my life is going to change and that scares me half to death. Whatever it is, this issue with drinking was taking over my life.

When I was out, instead of being focused on the people I was spending time with, I was focused on how much they’d had to drink.

The anger and annoyance took over to the point of not being able to think of anything else. I began to wonder why I was even going out.

I’m a coach and a yoga instructor and an energy healer, so I have a plethora of tools to turn to in situations like this. And I did. I dialogued with my inner child, I took my stressful judgments through “The Work.”

I talked to people about what I was struggling with and how I was feeling. I analyzed and assessed and proposed what the crux of the problem was, yet nothing seemed to bring relief.

I couldn’t figure out the solution.

Then it hit me:

I wasn’t supposed to figure it out.

I had forgotten the two most simple, straight-forward tools I have in order to get out of the all-encompassing over thinking place I was in.

I now have these two things posted on my wall as the first thing to do when I’m feeling upset or stubborn about solving a problem where the solution is clearly not coming easily:

1. Take a step back and observe. Instead of getting caught up in the emotions and thoughts, just notice them.

What emotions are you feeling? Name them.
What thoughts are you thinking? Acknowledge them.
What judgments about others and yourself are you making? Identify them.

2. Feel into everything, fully.

This builds on the number one. Emotions bring up sensation in the body and this provides us with an opportunity to become more aware. Sitting with emotions and simply describing the associated physical sensation provides a similar result to what was described above.

If you’re willing to get uncomfortable (which I highly recommend) and be with the emotion for a period of time, you’ll also be able to shift it. Follow these steps:

1. Think about the problem you’re trying to solve and narrow it on an emotion that’s brought up as a result.
2. Move into your body and notice where you feel the sensation most.
3. Rank the sensation on a scale of one to 10, one being very little sensation, 10 being so intense it’s hard to focus on anything else.
4. If you can assign other descriptions to the sensation like color, shape or texture, do so.
5. Let the observation go, take three deep breaths and come back to the sensation.
6. Repeat steps three through five until you notice a change.

It may happen quickly, it may take more time. Don’t be alarmed if the sensation gets more intense initially. This can happen and is normal. Stick with it and eventually things will dissipate.

I know these techniques don’t seem related to finding a solution. That’s the point.

Using these two techniques I was able to look at things in a much different light, with more curiosity and a lens of learning, rather than a desperate need to solve things. It’s a much softer, easing space.

The issue hasn’t gone away completely however, it’s much less. I’m no longer wasting energy anticipating how much everyone is going to drink this Friday night, instead I’m focused on what I’m doing in the moment.

I Fell, Upward: What Happened after I Stopped Drinking. 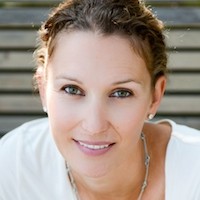