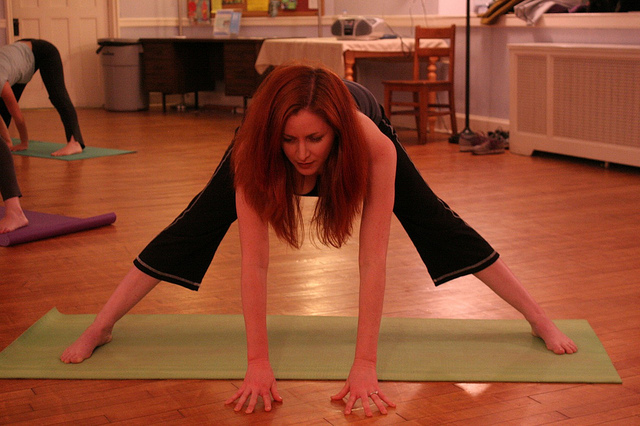 “If you’re looking to be happy all the time, there’s the door…”

This was met with a chuckle from the class, but it was no joke.

It’s valuable for students to understand that a yoga practice isn’t all rainbows and light. In fact, it never boasted to be. In its simplest form, the opportunity in our practice lies in meeting the quality of our humanity, not denying it.

Anger, as a rule, contradicts the subtle stories we tell ourselves as yogis. It goes without saying, clinging to anger or projecting anger, perpetuates suffering, which is why anger gets such a bum rap in the yoga community.

But denying anger—or trying to tamp it down and hide it away—leaves it to stagnate and rot, and sustains those subliminal themes of disappointment and shame that we are all subject to. Reinforced by pseudo self-help amalgamations that demand happiness all the time, it’s a damaging paradigm which appropriates deep-seated spiritual themes to soothe ego and assign value to humanity in service of a false sense of control, permanence, and security. And so it goes.

Have we collectively painted ourselves into a corner? Are we holding ourselves hostage on our mats and in our lives by concepts of altruism that lack authentic application?

“No matter what the practice or teaching, ego loves to wait in ambush to appropriate spirituality for its own survival and gain.” – Chogyam Trungpa

In my process of awakening, a blossoming awareness delivered me whiffs of loving-kindness, glimpses of the inherent divinity of an embodied life, and ecstatic insights into the infinite potential of humanity, and all in a way that can only be described as falling in love. As my body opened up, so did my citta, or heart-mind. It was a lightning bolt of cosmic consciousness, and was as indescribable as it was insightful.

In time, these peak experiences cast a bright-sided veil of ignorance, ironically enough. These powerful experiences were seized and co-opted, and eventually transmuted into spiritual materialism. Rather than regard these flashes of insight as signposts on the path, my small mind considered them the finish line.

To be fair, the bent towards spiritual materialism is never deliberate, insofar as it has the distinct feel of rationale in its implementation. Looking back, that very same “rationale” is revealed as nothing more than the elaboration of a bad liar. If the bonds of karma are handcuffs that keep us tethered, then surely spiritual materialism delivers a gilded quality to those chains. Rather than freeing me from the shackles of karma and suffering, my small mind got mesmerized by how shiny and pretty the handcuffs could be when they catch the light, juuuuust so.

Inauthentic compassion can certainly soften situations—it’s true—but it lacks open and spacious qualities that compels us to service, and brings our full potential to every moment. In time, this inauthentic compassion became a means to set myself on fire to be a light for another.

That’s the slippery part of spiritual materialism. Outwardly, there can be positive effects, however misguided. But what was once a truly organic flash of loving kindness and spontaneous compassion, was molded heavy-handedly into a contained and saccharine version of compassion—just another image-crafted story.

Why did I think I could go around this mess? Spiritual Bypassing is nothing more than a self-defense mechanism, albeit a much prettier one than other defenses. It encompasses the variety of ways we conveniently go around those shadow aspects of our persona; those which are either denied or ignored. We deceive ourselves into thinking we are developing spiritually when instead we are strengthening our egocentricity through spiritual techniques. But it would appear that certain lessons lose their impact when you don’t learn them the hard way.

Smug. In hindsight, that’s the only word to describe the quiet pride of feeling like I was walking the high road; that I had transcended the futility of pride, greed, and judgement. So much irony. Especially that last bit about judgment, because congratulating yourself for walking the supposed moral high road is a judgement, in and of itself. It smacks of an eagerness to carve out right and wrong, and an eagerness to assign blame.

The self-deception of spiritual materialism was intoxicating, for sure, but an unshakable sense of claustrophobia set in. It was inescapable. Ugly thoughts would arise, only to be forcibly squashed. Flashes of fear and regret. Hot pangs of anger—rage, even!—stamped out and pushed back into the shadow. Out of sight, out of mind. And loneliness. An unshakable feeling of loneliness and failure. Because here I was once again, wearing a mask to put others at ease while rendered inactive by the unrelenting pull of false altruism—and denying my own humanity at every turn.

“You’ve been walking the ocean’s edge, holding your robes up to keep them dry. You must dive naked under, and deeper under, a thousand times deeper.” ~ Rumi

These are days of yoga selfie marketing initiatives and Rumi quotes of questionable authenticity for “fitspiration.” It speaks to the single-servings of spirituality that embrace your ego with the warmth of a motherly hug. But where are the campaigns depicting the power in acknowledging your anger without judgement nor fear? Or the meme celebrating your brave examination of long held hypocrisies as an effort to meet yourself in another? They don’t exist because, as yogis, we are supposed to be above experiencing anger.

The supposed moral high road I was traveling was just another means to assign right and wrong, good and bad. It was an innovative way to perpetuate a sense of control, and continue to fixate on self and other. Blame was the brick and mortar used to build my walls higher and higher and higher, and an unconscious commitment to the playback loop of blame was nothing more than a substitute for action.

Blame is a substitute for action.

We’re told “Anger bad” in abundance, but blame gets a pass. Blame is a kissing cousin of anger, so why aren’t we talking about it? When our position is threatened—when our fixed views are questioned—blame reminds us that I am right and you are wrong. In a most satirical twist, blame gets a pass in yoga circles with the abuse and misuse of a profoundly service-oriented tenet of the yogic tradition: Non-Judgement.

A cornerstone of the perennial philosophy, non-judgement can easily be wielded as a golden cop out. It can conceal an absence of discernment, and insulate a lack of willingness to step outside the limited scope of our perceptions. Any provocation to examine shadow elements of persona or—even worse!—rudiments of latent hypocrisy, are shut down and relegated to the loathe category of judgement.

Commentary is thick with it: “I thought we were supposed to practice non-judgement as yogis, am I right?! Namaste!” Yes, Namaste, indeed.

“The cave you fear to enter holds the treasure you seek.” ~ Joseph Campbell

To be honest with ourselves is to view our practice as a lantern to shine a light on shadow aspects of our conditioned responses and egoic persona. It’s this light that exposes how we close down, and the ways in which we block compassion for self and others. In acceptance of this understanding, my practice continues to open me to the quality of citta, and I’m continually touching on powerful insights that are difficult to look at. The process ebbs and flows, much like emotions themselves.

There’s a healing salve that comes with staring down your anger with equanimity, authenticity and transparency. It’s painful, even. But in squarely looking at this long-denied, but long-felt aspect of my emotional makeup, I stumbled upon the craziest thing, and in the last place I would have thought to look: I found the way out.

My lens gets wiped clean in practicing daily. I practice to honor this anger with acceptance, and to recognize the full range of my humanity—all of it—with love. I’m not running anymore. I’m going in.

Introduction to Cutting Through Spiritual Materialism, by Chogyam Trungpa Rinpoche 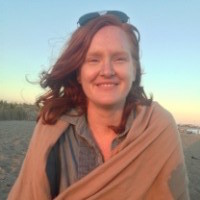