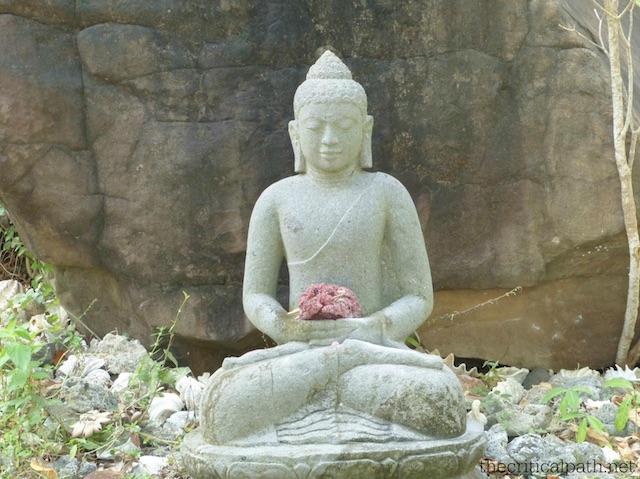 I saw you in the silence.

Sitting there peacefully, with your perfectly imperfect, beautiful, corrupt self.

That was 14 days ago when we met. Well that’s not entirely accurate—-it was when we entered the same space. Sadly, we never met. We just moved in slow mindful steps and sat in the stillness hovering there in the same, small universe.

I could tell you’d been in retreat for awhile already—your meditation sessions much longer than mine. I was new to Vipassana and my mind was waging a war inside, struggling to embrace the sensory deprived routines I would be eating, breathing and sleeping in the coming weeks.

I wanted to quit every day, but I saw how strong you were—dedicated to your practice.

I drew a certain strength from you those first few days. You inspired me, motivated and encouraged me; all this support from a stranger 15 feet across the room. I was grateful you were there and promised myself I’d stay a few more days.

I caught glimpses of you as you sat, so strong, so true.

I wondered where you were from and what your name was. I imagined what your accent would sound like, whispering in my ear—Israeli, maybe Brazilian. I wondered what your hand would feel like holding mine; like the home I’ve never known.

I began sitting closer to you in the room. I didn’t dare sit across from you though; I knew the energy between us was too powerful. What if our eyes were to meet in that deep silent space? I didn’t want to disrespect your practice like that.

As the days moved on, a small obsession began forming in my mind.

How would I meet you? What’s the proper etiquette for making contact in a silent retreat? Should I somehow slip you my number? No, I would not allow my selfishness to intervene with whatever progress you were making with your life struggles.

Look at how the universe so perfectly designed our collision. Two strong, passionate souls, thrust into this small monastic village; destined to meet, fated to love.

I decided not to worry about our meeting, so sure the universe would bring us together in the future when I could freely say, “Hey, I know this is crazy, but I sort of fell in love with you a little bit those 14 days.” Then again, the universe already put us here together once, how much can I expect it to do?

I knew better than to place any expectations on what this might be. You could be married, or gay or celibate, contemplating monk-hood. Or maybe, you didn’t even see me in the silence the way I was seeing you. Missing the chance to find out would be unforgivable though.

On day five we passed at the water cooler; our eyes locked in a butterfly inducing extended gaze. I felt the warmth radiating from you. I longed to curl up inside you, my cocoon.

On day six I moved your flip-flops out of the sun. That Chiang Mai heat can be brutal!

On day eight we were waiting for the meditation hall to be unlocked.

Remember that nun was trying to talk to me in Thai and I didn’t understand a word she was saying? We looked at each other and laughed a little, uncomfortable in the tensioned space between us.

There was the most beautiful flowering plant on your alley. It smelled of honey and spring with a brilliant pink and white bloom. I stopped every day on my way to lunch to fully immerse my face in its magnificence. Did you ever stop to smell it?

On day nine I wrote you a note and placed it in an envelope I folded perfectly in origami fashion. At 38-years-old it felt sophomoric to write a note, but what else was I to do?

By mid morning, I realized you wouldn’t be joining me in the silence anymore. You’d begun your final days of solitude. Frankly it was a relief to be in the mediation hall without you and I was mad at myself for having been effected by you. I’d been concerned about disrupting your practice I hadn’t realized the extent to which you were distracting from mine. Actually, I realized it long before, I was just powerless to stop it.

As I marinated in the depths of my distraction, a new truth began to emerge. Look at the time and energy I’d spent consumed by thoughts of you, a stranger. Look at this wildly beautiful yet fictitious story I’d created. Look at the minor mental anguish I’d subjected myself to with the thought of missing you.

As my mind continued its awakening, the story of you began dissolving away.

On day 11, I went into my final days of solitude. I knew I might only see you in passing as we carried our lunches from the dining hall. Today would be your last day; you’d surely be leaving.

In the past I would’ve been obsessed with the thought of missing you, but somehow with the deep meditations the story of “us” continued to fade. No inner angst, drama or turmoil, the stories just weren’t necessary anymore. What a beautiful thing to see things as they actually are, not as I would want them be. This ended a destructive cycle of thought patterns three decades in the making.

You left the monastery, never to be seen again. I fell in love with you in the silence those 14 days. But more importantly, I fell out of love with you. It’s not quite the love story I’d imagined for us, but it’s the beautiful ending my soul desperately needed.

Thank you, my beautiful, silent stranger for being there when I wasn’t quite strong enough on my own.

Thank you Vipassana for the lesson I didn’t even realize I had the ability to learn.

This is the power of Vipassana. 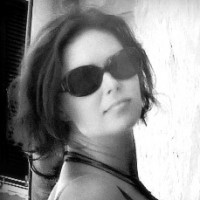