Ordination: How I Showed Up Authentically. 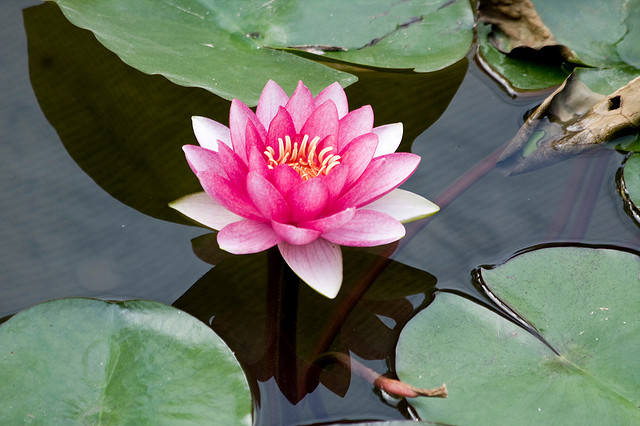 I had successfully avoided all large ceremonial events up until the age of 47.

I avoided a high school graduation ceremony as I left school at 16. I was a smart-ass and knew that I could complete what normally takes the last two years of high school—the Australian High School Certificate (H.S.C.)—in nine months at technical college when I was 18.

What a mistake it was though, not to take my time and enjoy my last two years at school.

All my life I’ve been in a hurry.

I remember a friend from university visiting my family home one time and observing that we all had slip-on shoes.

There was an element of truth to that.

In any case, after traveling and working from ages 16 to 18, I completed my H.S.C. and gained entry to University. Following the same pattern, I also missed my University graduation, as I had already left for an adventure in New York City with James—with whom I also managed to escape the ceremony of a wedding, as we eloped.

I had acted in various school plays, and enjoyed my role as one of the wives in our production of The King and I.

However, the ceremonial aspects of large milestones in my life had evaded me—or I had avoided them. I didn’t even want a farewell party after working 12 years at Penguin Young Readers’ Books. I resigned over the phone.

Yet, here I was, about to be ordained. I’d studied world religions for two years and completed the Tree of Life interfaith seminary program, and the next step was to be ordained in front of about 100 people.

Why? What makes us so terrified of speaking in front of others? Is it the fear of making a fool of ourselves? Feeling reluctant to be vulnerable in front of so many people?

Is it something to do with being authentic? Showing up and revealing who we really are? Allowing others to see both our gifts and our very human foibles?

And yet there is something in me that wants to get past this fear, to reach the point of being able to actually enjoy speaking to a group.

I’ve had glimpses of this, and it’s left me wanting more.

It feels like it’s one of the biggest risks I can take in my life. To be real. To show up and be authentic in front of witnesses. To dare to be in the arena. To be seen. To reveal who I really am.

With all my gifts, and all my muck, knowing that like the lotus flower, I will blossom because of, not in spite of my muck.

No mud, no lotus.

There were seven other women being ordained with me, and as we waited in a small room downstairs to go upstairs to the sanctuary of the Universal Unitarian church in Milford, New Hampshire, I witnessed some of my soul-sisters freaking out. “My dad is going to be out there!” One soon-to-be-Reverend said as she half-jokingly exclaimed that she needed a Valium.

As for me, I was sweating enough that I felt like it rained from my armpits. I felt relieved that I’d worn a purply-blue-and-deep-pink-bordered flowing silk scarf, allowing me to arrange it to cover the underarm sweat marks on my pale pink linen dress.

Again, wanting to hide what I perceived as an imperfection.

Just before we went upstairs to file into the main room of the church, I felt my heart beginning to beat faster. At first I simply observed these physiological reactions—sweaty armpits, racing heart.

Then I questioned why we have these physiological reactions, and I thought of the science of the fight-or-flight response. Now I’m questioning why we choose to put ourselves through this kind of stressful situation.

Is it so that we get practice with handling this kind of stress, so that one day we’ll be more excited than terrified? Is it to have friends and family witness the culmination of our two-year journey? Does it make an event more real if people we care about witness our ceremonial event? Why do we do it?

I have more questions than answers.

I made it through the ordination and even enjoyed some parts of it. When I got home, I posted a photo of my diploma on Facebook, and was surprised and delighted at the number of “likes” and comments. Perhaps an interfaith minister is somewhat akin to a spiritual version of the United Nations, and the idea of it appeals.

My godmother responded to my post with, “What comes next?”

“Same as before,” I replied.

While my inner life had transformed, my outer life remained the same in most respects. Although one significant difference was that I’d cultivated the courage to claim my spirituality in the world, and also the courage to share my writing in the world.

I wrote to my godmother, “It was fun to have a celebration and ceremony to mark the end of a two year journey,” even though it was a tad stressful too.

AUTHENTICITY IS A MOVING TARGET