Weathering Storms Along the Creative Path: A Radio Personality Opens up About His Struggle With Depression. But here I am, now 36, and considering everything that I’ve been through, (clinical depression, a bipolar diagnosis, ulcerative colitis, lower back problems, a brief stint at the mood disorder wing at Johns Hopkins Hospital), I lead a pretty stable life.

When I’m asked how I got better, I’m never sure how to answer because the truth is I don’t know. There are several possibilities and perhaps it is a combination of all of them. It could be because I traded in all the medication for meditation, or because, for some of us, the brain does not fully mature until our early thirties. But there’s one theory of which I’m fairly convinced: a lot of my newfound stability is due to the fact that I am no longer trying to work as an actor.

I am now a radio host and interviewer, which I love. As it turns out, broadcasting is just as competitive a business as acting, but in my experience, it has allowed for a more balanced life. Of course nothing is ever certain, and I’m not always happy, but I’m no longer running through the streets having panic attacks and leaving manic voicemails that frighten my friends and family members.

Every now and then though, something stressful happens—heartbreak, a defeat, an interpersonal conflict—that drags me back down into the darkness.

A few weeks ago, I auditioned for a play and didn’t get it. It’s true that this was something I wanted badly, and having not auditioned for anything in ten years, I’m undeniably out of practice when it comes to getting rejected and not having a total meltdown. But this represented something larger: that I miss acting. Just because I decided to leave the business doesn’t mean that I ever stopped loving the art that makes up the meat and potatoes of that business. It’s a form of self-expression that my truest self, my soul, my essence—whatever you want to call it—is crying out for. So while I’m psychologically healthier than ever, I am also somewhat creativity stunted.

In the weeks leading up to the audition, just the prospect of getting it made me come alive in a way that I haven’t in a long time. It was as if I was starving and someone took me by the hand and led me into a kitchen where I could smell bread baking. Not getting the job was like being told: “Not this loaf. Not for you. Not this time.” But it was so much more intense than that. (For anyone with a history of manic depression, it always is.) It felt as though a hand had emerged from the center of the Earth to lift me up, only to grab me by the collar two weeks later, slam me to the ground and pull me under.

Dramatic much, Walker? (I know. Growing up my parents loved it, you can just imagine.)

It was rough, though. If I had to describe what depression feels like, I’d say this: it feels like extreme jet lag coupled with a sense of dread. Those of us who’ve traveled abroad probably know half of the feeling: landing in a foreign country, having not really slept, in a haze, unsure of what day it is or what time of day it is, and the light looks very bright but also very strange. For me, it feels like that—jet lag that has the potential of turning into the flu, with a crushing, heavy sadness in the pit of my stomach.

But here’s the thing: I’m okay.

One of the benefits of having a brain that is over 30, has survived crazy town and is no longer being overwhelmed by so many psychotropic drugs, is that I recover from depressive episodes quicker than I used to. I bounce back. After three days of wearing the same clothes, eating processed foods and feeling like death, I began shuffling around my kitchen, eating more processed foods and wondering how the hell I could take the horribleness I was feeling and be creative with it. How could I turn this god-awful experience into something that might help me and perhaps others? Could I use this “episode” in an episode of my show? As an episode of my show?

With a great deal of trepidation, I decided I would. I would talk about the aftermath of this disappointment, and I would invite a therapist on as the guest, not just to help me process everything, but also to talk about the universal issues that all artistic people wrestle with: hyper-sensitivity, mental illness, self-doubt in the face of rejection, self-acceptance, how fear blocks creativity and more.

The result of that idea is this show with Susan Lambert on dealing with rejection.

I hope it helps us all weather our dark and stormy times as we progress along the path. 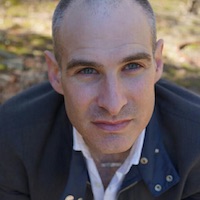