What California’s Drought Taught me About Environmental Entitlement. I was not always a “certified-organic-tree-hugger,” although I was born on Earth day and have in recent years transitioned from conventional to co-op, pharmacy to farmer’s market, and artificial to homemade.

My affinity for the outdoors and passion for the environment evolved from small pull to truly tangible when I lived in California. I had all of the tell-tale signs of inner-earth advocate: green thumb and taurean temperament, abhorrence of littering, and refusal to kill spiders in the shower.

Lately, my love of nature has been clouded by anger and burdened by a stark and imminent truth…that if there is not a drastic change, we will lose her—and in turn, our place on this planet.

A few days ago I discovered something that left me feeling helpless and although I do not claim the bragging rights of being a native Californian, (most people I’ve met there do not) I have had the cherished privilege of spending one of the most unbelievable years of my life there, experiencing California’s missing continuity by means of its remarkably eclectic alcoves.

While reading an article in the Washington Post about a man in Rancho Santa Fe who believes that “no, we’re not all equal when it comes to water” I did some further reading, only to discover a photo of Lake Oroville, a reservoir in Northern California that I used to run across whenever we ventured into town. It had amassed within a gorge of gigantic, beautifully imposing ponderosa pines and was home to boats and bridges alike.

The photo shows the vast and gorgeous turquoise tributary that had come to be a constant companion during my jogs, reduced to an almost bone dry canyon. It is nearly gone, save for the remaining, laughably small pool of water at the bottom, now hosting a huddled school of vacation vessels, dying fish gasping for their last, labored breath in a dried up puddle.

I’ve been following the ramifications and outgrowth of California’s drought for months now, scanning LA Times op-ed pieces and National Geographic’s words of warning, grievously mentioning my beloved west-coast on frustrated phone calls, but it wasn’t until a few days ago that I could truly appreciate the devastating effects of a precipitation protest and our subsequent inability to adjust accordingly.

The reaction of a lot of predominately rich Californians to a tightening restriction on their usage of water for decorative fountains, olympic size swimming pools, and uncharacteristically plush immersed-in-desert landscaping has been overwhelmingly negative and self-righteous, and I’m angry about it.

Why do we assume that we are entitled to anything on this planet?

That it is ours to devour, and crush, and scour and burn, and that it will always regenerate when we want to take, and take, and take. I don’t care how much money you have, you can’t f*cking eat it, and you certainly can’t drink it.

There are people who can’t access water to live, and these people are complaining about not having enough water for some ornate, ostentatious shrub that belongs in the Northeast not the barren desert, and despite my desire to drop judgement and practice forgiveness and loving compassion, I simply cannot. Not when it concerns exploiting our Earth home.

In my extended visit to California, I ruminated over my own insignificance, sitting on my hands while a crumbling stone wall dug pockmarks into my palms at sunset, surrounding the now alarmingly, rapidly shrinking Salton Sea—currently the state’s largest lake.

It was a blessing in disguise really, a sea that was formed by accident when engineers attempted to reroute the Colorado River and it poured into the dry basin for nearly two years. It has been overused to meet the deficit for water, increasing its historical salinity.

I remember standing on its edges, the crunch of fish corpses turned to sharpened “sand” underfoot, after discovering the carcass of an abandoned dog wrapped in a blanket, filling me with an indescribable emptiness. I discovered another article, depicting the current state of the sea and it is now being reduced to resemble the sad, forlorn swamp that Charlize Theron had hoped was her beloved “green place” in Fury Road.

Most of the birds that visit its bizarre beauty will disappear when it dries and wheezes poisoned dust, polluted by pesticides from agricultural run-off.

This has become personal for me because these places that provoked insatiable seeking and boundless gratitude within me, are dying.

They’re dying and the earth’s ability to sustain us is dying along with it.

These places catalyzed for me an evolutionary path from selfishness to self-awareness. They were sacred places, unique in their ecological alienation, incessantly inspiring expansion and exploration of self-hood; my transition into womanhood and burgeoning consciousness. They were wonderful, magical, and beautiful, and I grieve the reduction of these divine places that I grew to love and respect, cheapened by a greedy vie for a green f*cking lawn. I resent the words of those who are unable to grasp the deeper implications and affects of their own shameful self-absorption.

The shock of it will lessen, but for now, I am angry.

“How serious is California drought? Check out these before & after pictures, taken only 3 years apart.” 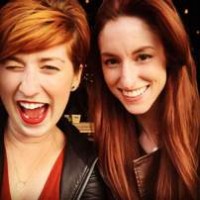