Ask Me Anything: Will Infidelity Shatter My Marriage? {Weekly Advice Column} 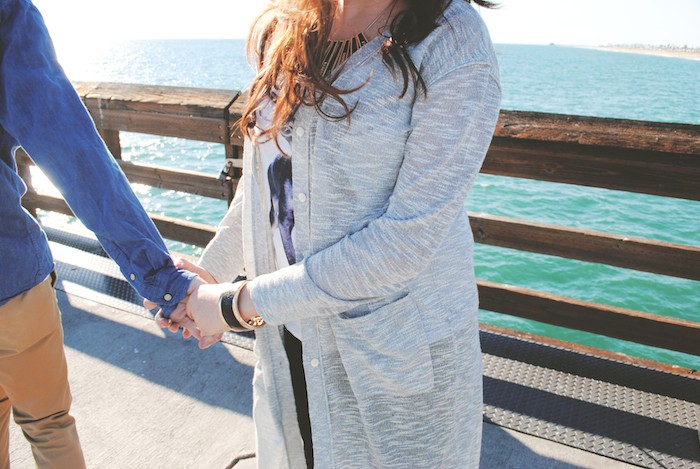 I am a mother of three, married for fourteen years. I was under the mistaken impression that my marriage was intact.

I recently found out my husband is having an affair.

I’ve sensed something was wrong for a long time, even though he denied it. He hasn’t been involved in our lives (mine or the kids’) for years—he is a workaholic, and we have been an afterthought. This has made me admittedly depressed, and I’ve turned into my own worst nightmare—“the nagging wife.”

Last week, I found irrefutable evidence that he is cheating on me. In some ways it was a relief to know the truth, but when I confronted him, he became enraged and grabbed me so hard I still have bruises. He has never done anything like this before. A neighbor heard the commotion and called the police. Once the police came, he admitted what he’d done and was apologetic and begged for my forgiveness.

I chose not to press charges.

He says he has left the “other woman” and wants to work it out with me. I have no idea whether I should trust him. He is literally begging me every day to come back (I kicked him out) and work things out.

Prior to all of this we were in therapy, but it didn’t help at all, obviously. I feel like I don’t even know this person I am married to.

A huge part of me wants to cut him loose and move on, but what about my kids? They need their dad. But I can’t imagine continuing this charade for another 12 minutes, much less 12 years, or however long it would be until the children are on their own.

I am angry and resentful. This is not the life I signed up for. Should I try and work things out? Or should I just cut my losses?

You are wise to consider the origin of the rift between you and your husband rather than focusing solely on the cheating. Infidelity is usually a symptom of another problem and though it becomes a problem in itself, is better understand within the context of the bigger picture.

The two of you were disconnected long ago when he lost himself and abandoned you and your family (and probably himself) to work, you responded with fear, clinginess and nagging. Instead of working things out, he chose to go outside your marriage and when he was discovered, reacted—not with remorse—but with violence.

I’m not saying anything you don’t know when I call your relationship toxic…but, that doesn’t mean there isn’t hope.

If I were you, because there is so much history and a whole family at stake, I would go back to couples therapy and see what happens. Now that you know the truth about what he’s done, your therapist will have a very different take on how to proceed. If the two of you are brave and honest, you might be able to dig out this cancer and emerge on the other side to only in tact, but stronger.

If therapy still yields little result, if one or both of you can’t bring yourself to be vulnerable and real, or if your husband refuses to even go, it might be time to move on. If you do so, you will need as big a support system as you can muster; your own therapist, extended family and friends.

Don’t be afraid to reach out.

One note, before anything else transpires, you should explain to your husband that if there is any future violence, all bets are off.

I live in a two bedroom apartment with one roommate. My roommate has a boyfriend I really dislike. He is there all the time, eating our food, using our (one) bathroom, lounging all over the couch and making messes.

All of that would be bad enough, but a lot of times he is there when my roommate isn’t. She will go to work, and he’ll still be hanging out from the night before. When he and I are there alone he makes inappropriate comments like how he “dated a girl with a body like mine once” or how he thinks I should wear more skirts to “show off my legs.”

I’m so embarrassed I never say anything, I just try to hide in my room until he leaves, but it’s getting old. I pay a lot of rent for this place and I don’t think I should be relegated to hiding in my room!

I don’t want to say anything to my roommate because it might hurt her feelings, but I am seriously at the end of my rope.

How should I deal with this creep?

I have news for you: you are being sexually harassed—in your own home.

As hard as it may be, you need to address this problem head on.

First, tell your roommate exactly what has happened. She might get mad or try to brush it off—don’t worry about it. Just stay calm and tell her that things need to change immediately. Remind her that this is your home too, and ask her how she would feel if the situation were reversed. Explain that you are not comfortable with her boyfriend in the house, especially when she’s not there.

Next, if her boyfriend verbally harasses you again, tell him bluntly not to speak to you that way. He may try to laugh it off or become defensive—again, don’t worry about it. Just walk away and if you feel unsafe, get out of the apartment altogether.

Do not engage with him beyond requesting him to stop.

If the situation continues either you or your roommate needs to find a new place to live. Although that may cause emotional and financial strain, the status quo is completely unacceptable.

Image: via Daryn Bartlett at Unsplash