How I Found my Father’s Soul. 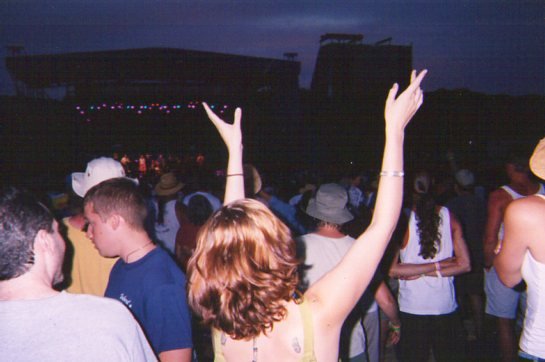 I sat beside him. I always did.

Even when my mother was in the car she’d let me sit next to him. She said later, after he died, that she liked that I kept him talking.

He was a quiet man. He never spoke unless he had an instruction to give regarding a job he working on around the house, or unless my mother asked him a question to which his replies usually were in the form of nods or squinting of the eyes. She would then ask a series of other questions until she received a nod or a firm no.

However, he wasn’t that way with me. She liked that.

Now, as an adult, I think she loved his voice as much as I did and when his health began to deteriorate she had me sit with him in the front so that she could hear it too.

He drove me to school. The usual route—five miles. Pull out onto Dales Bridge Road, left on Helsley, right on Main, and a drop off at the side door. Easy. We could do it with our eyes closed.

Since they were both retired, I never had to ride the bus. I loved this. The bus was filled with the people I hated. The girls that were mean to other girls. The boys who made fun of girls who had boobs too early. The little kids who screamed and mocked just as much as the older kids. I couldn’t do it. It gave me anxiety. When I knew I might have to, if one of my parents were sick or had appointments, I faked being sick.

He always listened to the country station even though he didn’t know the words. He was a country music kind of guy. But not the new country as he called it. It’s funny to think that the country music in the 80s was his new country. He loved Patsy Cline, The Statler Brothers, Ray Price and George Jones. He didn’t love the new country that played but I know he liked it better than anything else that was on. I never wrestled with him over the radio. He loved listening to the radio so much I couldn’t argue.

I wish I could remember the song that came on our local country station. I wish I could play it now and try to put myself in my father’s boots and listen to it and wonder about why he hated it so much he changed the channel. He never changed the channel. But he flipped to the Woodstock station. I was silent. I smiled to myself when I realized it was “Bertha” by the Grateful Dead.

He began to sing along. I’m not talking humming, or tapping the steering wheel like he sometimes did but real loud singing. He knew the words. He suddenly was no longer just my old dad giving me a ride to school. He had soul. He had dimension. I didn’t know this side to him and I got excited. We talked about it. He said he had a few of their albums at home.

Then I moved on to New Rides of the Purple Sage, Led Zeppelin, Bob Dylan, Jefferson Airplane. Who was this man? He turned from just Dad to a James Dean. He was cool. Hip. But most important, he was mine. We were partners in musical crime.

Things changed on our car rides to school after those few months. Soon he’d let me bring my tapes, “Pa, you gotta listen to this.” Sometimes he’d nod along to the tune and sometimes he’d just squint in disinterest until I popped it back out.

I wanted to please him.

I wish I could ask my mother what she thought of it. She never interrupted. I realize now she was just giving us time to be together. She knew it wouldn’t be long. I guess I knew too, but I didn’t want to admit it.

Tomorrow I leave for Chicago. The Grateful Dead celebrate their 50th year playing together with three final shows. I trek out with no expectation. I go with nothing but love, admiration and an overwhelming feeling of thanks. I feel so grateful to have had so many times shared with my father listening to them. To have my mother’s acceptance and approval when I left home as a teenager to follow a band. To the band for being a soundtrack to every up, down, good, bad, journey, stillness I’ve ever had.

To have the vivid daydream of my dad hanging out with Jerry this weekend. Imagining them watching over and grinning, singing along loudly when “Bertha” starts, breaks and heals my heart at the same second. 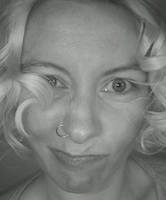