Lessons on Romance from a Serial Adulteress.

I attract the discarded husbands left with monotony, routine and not enough appreciation or sex.

To be fair, I don’t approach these men. No ladies, your husbands come willingly to my door. Even after I have refused their advances, refused to let them in and reminded them of their children and even his current relationship with you, in a final attempt to trigger any last loyalty or sentimentality they may have.

I’ve even demanded to speak to wives in an attempt at transparency and to tell the women to their faces about their men and what they’re up to and why.

I’ve learned and experienced a lot as the muse of passion reignited. And in the interest of karmic retribution, I have a few pieces of advice to keep your relationship alive and women like me out of the picture, because women like me ruin your men by making them question everything in their lives, according to the current happiness it brings.

I take men broken by years of neglect, lack of gratitude and routine and remind them of the joie de vivre. I can turn on what my friends call “the Marilyn effect” and your husband might leave you for a chance with me, without me even sleeping with him.

It’s happened before, so before you judge me on a skankiness Richter scale, let that sink in. It’s not just a lack of sex that makes men wander, it’s a lack of attention and thoughtfulness that frankly most women forget after a couple of years being together.

So does he and he misses those elements.

He misses going out with you. He misses dates where you were as excited to be happy as he was to make you happy. He misses conversations that aren’t founded on nagging and b*tching. He misses the woman he met, who was self confident, fearless and independent. The woman who wasn’t intimidated by every other beautiful woman who walked by.

Men are sneaky and simple. Questioning his every word, glance or text isn’t going to make him honest—it’s going to push him away and make him hide himself from you. He knows you need him—remind him how much you still want him. Remind yourself why you want him and hopefully it’s not because you don’t want anyone else to have him.

Hopefully it’s not just because he’s a means to an end for financial stability, a cheap babysitter or a trophy to make your friends jealous. Stop punishing him from that pedestal you demand he keep you on all the time and come back to Earth and be real again.

If he does come to you and tells you he’s seeing someone else, weigh the honesty of his confession heavier than the infidelity and remember two things—as long as he’s still coming back home to you and concealing my existence in his life to you, he respects and loves you—more than me or anyone else.

Don’t take that for granted because while it may not matter to you—it matters to him and the biggest thing he can offer you is his respect and love. Men and women screw up, outgrow each other, grow apart and stray all the time.

I once had a husband who cheated on me. I found out when the police showed up at my door to do a DNA swab on him because the woman he cheated on me with filed rape charges on him. He didn’t rape her—he didn’t even contact her again after their rendezvous at his job, while on the clock, but the experience jarred my ability to trust our relationship and compatibility.

I would have been way more understanding of him needing a hall pass and knowing in advance than finding out from someone else, especially the police, after the fact. Five years later, looking back on our separation, it was the kindest decision we could have ever made for each other. We were both mature enough to realize we loved each other but weren’t ultimately good for each other and needed to go on our separate paths.

Now both of us are free to love whoever we choose without guilt. After all, isn’t that the point of love? To be happy? Even for a moment? Appreciate those moments and if you don’t have moments of appreciation in your current situation, create some or find someone else to create them with.

Don’t define yourself according to your ability to make someone else happy and don’t depend on anyone else to bring you happiness. Now sit down and talk it out like adults, with a little tenderness and understanding.

Don’t throw out the baby with the bathwater or your baby may end up on my doorstep crying to me about the thousands of little reasons every minute with me is better than a lifetime with you. You don’t want me turning down your husband’s advances because the more I say no, the more determined he will be to have me by any means necessary. The more I cite his moral ineptitude and refuse any affection, the more on his mind will I be, possibly for months or even years afterward.

Don’t let that happen ladies because sadly it’s always a sign something has gone terribly wrong before I got there. Fix it or understand and adapt to it, but don’t forget about it because it won’t go away until he does and by then it’s too late. 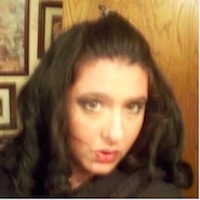