Love Wins in America, But Not in the Hearts of Some Young Men: Shooting in Tennessee. 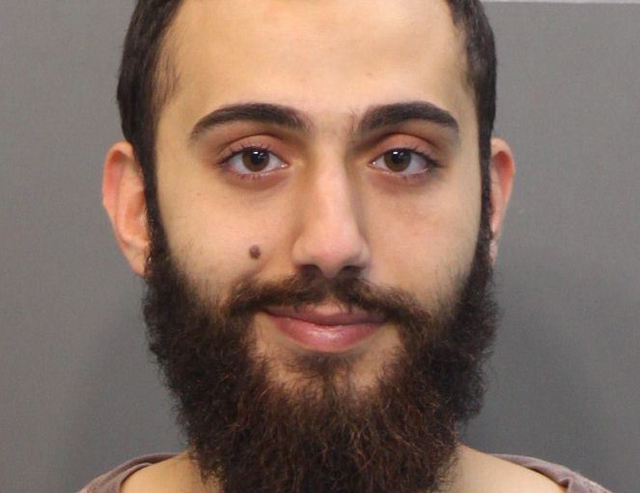 * Update: Police piece together the story before Chattanooga shootings.

“A picture took shape of a deeply troubled young man who struggled with mental illness and drug abuse at the same time he found himself alienated from United States policies in the Arab world, according to the authorities, friends and the family representative.”

Who was this man and what could bring him to shoot four people dead?

This morning when I checked the news across the world and the US, I was greeted by the smiling image of Mohammad Youssef Abdulazeez.

Yesterday, this young man with eyes which might in any other circumstance seem kind, killed four US Marines and injured several others in a series of attacks two US Navy buildings in Chattanooga, Tennessee. Allegedly born in Kuwait, Abdulazeez was a naturalized American citizen and was only 24 years old.

It is something we are becoming accustomed to seeing now: a lone gunman wreaking havoc with a personal or extreme motive. And in all cases I can think of, the gunman are young men.

“President Obama, in what has become a grimly familiar ritual, offered his condolences to the victims and promised a painstaking investigation.”

The question I have been asking myself as I watch these kinds of recent stories on the news and see young people who have been radicalized or who are simply filled with hate is this: what does it take?

What does it take for a normal young person to become a killer?

If we knew the answer perhaps we could start to take more decisive measures to stop these kinds of tragedies before they start, at the root, where the hate begins and grows.

“grew up in a middle-class Hixson neighborhood, was on the wrestling team at Red Bank High School and graduated from the University of Tennessee at Chattanooga in 2012 with a degree in engineering. He interned at the Tennessee Valley Authority.”

He was not on the FBI radar and reactions from neighbours and friends who are baffled and stunned show that he seemed to be an ordinary guy from a family described as “nice people.”

One of his high school classmates said:

“I never thought in a million years that it would be this guy. He was friendly, funny, kind.”

Like many other young men he was once arrested for drink driving but court records show that was the only time he had been in trouble. Classmates from his high school said he was well-liked and popular. A wrestling team-mate said:

“He was honestly one of the funniest guy’s I’d ever met. I never saw a violent bone in his body, outside of the sport he was doing. He was one of the guys.”

So what happened to drive him to this? In this case police say that he was acting along with no known links to terror organizations outside of the US, however investigations continue. But blogs he posted before the attack give some clues including one where he descrbed life as “short and bitter”.

And yes, he was a Muslim, and yes, he also said in a blog that Muslims should not miss “the opportunity to submit to Allah.”

What is it that a “friendly, funny, kind” young man like Mohammad is lacking or looking that would drive him to turn to extremist ideology looking for answers, looking for meaning, looking to belong?

Of course this is speculation.

I don’t really know what he was looking for and what he found in whatever lead up to this tragic act of hate. We also don’t know what his motive truly was yet, although this is being treated as “an act of domestic terrorism.”

As families and as communities, we should be concerned with this. We should all be treating this as our problem. We should be caring about and interested in our young men and what is going on in their heads and their lives. We should be creating better ways for them to be heroes than this. We need to ask ourselves this question:

“Every boy wants a mission in life—he wants to be brave, to be courageous and to sense that his life counts. So why do we have so many young men who are suicidal?” ~ Ian Grant

Perhaps part of the solution and the beginning of a mindful reaction to an act like this also lies in remembering words of wisdom in the face of such an act:

“Love those you hate you.” ~ Leo Tolstoy