Vacationing with my Dead Grandparents. 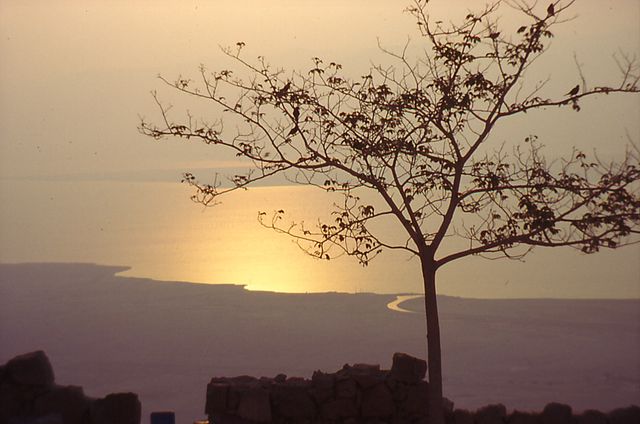 I squirmed in my seat with anticipation.

Today, the wish I had written down two weeks ago on a tiny piece of paper and inserted in the Western Wall might finally come true.

It was still pitch black out when the shuttle driver pulled up to the huge mountain. I jumped out of the van making sure the two ziplock bags I brought with me were safe in my daypack.

Barely able to see what was in front of me, I made my way up the steep, winding path, my heart pounding. It would take over an hour to climb to the summit of the Masada, a rock fortress built in 31 BCE.

Weeks before, when planning a trip to Israel with two friends, I glanced at my Grandma Paulette and Grandpa Howard whose ashes had been sitting on my parents’ piano for the past three years.

As I looked over at them, my eyes welled with tears.

At 55, my Grandpa had a surfing accident that left him paralyzed from the waist down. My Grandma had devoted the rest of her life to caring for him. She bathed him, dressed him, cooked for him and drove him to doctor appointments. They had had plans to travel the world when they retired but those plans quickly evaporated after his accident.

My grandparents had passed on within a year of each other. Though Jewish, they had wanted to be cremated and have their ashes scattered at sea near their home in San Clemente, California.

But my dad couldn’t bear to part with them.

So three years later, there they still sat in unmatching urns on the upright piano.

With my dad’s permission, I scooped a third of a cup of ashes from each urn, placing them in separate ziplock bags, labeling them with a black sharpie, “Grandma” and “Grandpa.” They would finally be making a trip to Israel, or an Aliyah, also known as returning to the “motherland.”

Paulette was a true Jewish grandmother—she loved to cook, over feed us, tell stories and insult us in the nicest (and meanest) way possible. My Grandpa Howard was a kind soul and was often overpowered by my Grandma’s strong personality. And for a man who had once loved to dance, being confined to a wheelchair was a constant frustration for him.

My two friends and I would be in Israel for two weeks. And instead of leaving Grandma and Grandpa at the hotel while we explored Israel, we carried them with us everywhere we went.

In Jerusalem, I carried them through the cobblestone streets, playing shofars (a ram’s-horn trumpet used by ancient Jews in religious ceremonies and as a battle signal, now sounded at Rosh Hashanah and Yom Kippur) along the way.

At the Western Wall, we wrote down wishes on pieces of paper as was the tradition.

At the open-air marketplace, also known as the Shuk, At Marzipan we bought rugalach (a bite-size cookie made with cream-cheese dough rolled around a filling of nuts, poppy seed paste, chocolate, or jam) like Grandma cooked every year for our family reunions. Fondly known as “fat pills” by our extended family, we consistently waddled out of family reunion 30 pounds heavier collectively.

I didn’t always feel a connection to my Grandparents—often I felt they didn’t approve of my “free-spirited” lifestyle, my choice of career or the fact that I wasn’t married with kids by age 30. But the constant critiques that had once hit me hard were now distant memories, and I was left only with the realization of how their words had come from a deep place of love and caring for us.

At the end of our first week, we arrived at the Dead Sea, one of the sites I had been most anticipating.

It was now that my thoughts turned toward Grandpa. We sometimes drove Grandpa to the beach where he’d had his accident and he looked distantly over the cliff at the spot that changed his life forever. He never talked about the accident but I’m sure he thought about it every day. He had lost his ability to walk, to surf, to dance, to play the piano, all the things he had once loved to do.

After his accident Grandpa focused his attention even more so on his family. Without the ability to work, he instead invested money in stocks, and used this money to bring us all together from around the country every year for family reunions.

Here at the Dead Sea, Grandpa would have been able to escape the burden of his paralyzed body and float on the surface. He would have felt a freedom from his body that he hadn’t felt for the second half of his life. Gazing across the water, I realized how much frustration he must have lived with daily, while still keeping a smile on his face for his family.

By now it was our last day in Israel, and there was still one place on our list to visit. At sunrise, we laced up our sneakers and headed up to the top the Masada.

Still huffing when I reached the top, I climbed onto the ledge wall and draped my legs over the side. All I could hear in the early morning silence was my heavy breathing.

As I sat on the rock ledge with Grandma and Grandpa’s ashes, two small black birds circled overhead and landed next to me. Within inches of my legs, one bird sat in front of Grandma’s ashes while the other sat in front of Grandpa’s. They glanced at me for a quick moment with their deep piercing eyes, then joined me in watching the sun rise above the mountain beyond the Dead Sea.

I knew at that moment that my wish at the Western Wall had come true. And I felt with great certainty that those birds were Grandma and Grandpa coming to say hello. I had found the perfect place to spread their ashes. Grandma and Grandpa were home. They had made their Aliyah.

As I sat there on ledge, I thought back to Grandma and Grandpa’s life.

For the first time I was able to be truly thankful for what Grandma and Grandpa had taught me about the importance of family. They managed to carve out a way for all of us to be together year after year.

But more than that, I felt connected to them and appreciative of them in a way that I hadn’t before. And while sad that I had never expressed this to them while they were still alive, I could feel them there with me and knew that they knew.

Just Cry it Out. 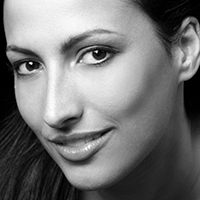