Why I Spent $4000 on a Yoga Teacher Training to Nail a Headstand. 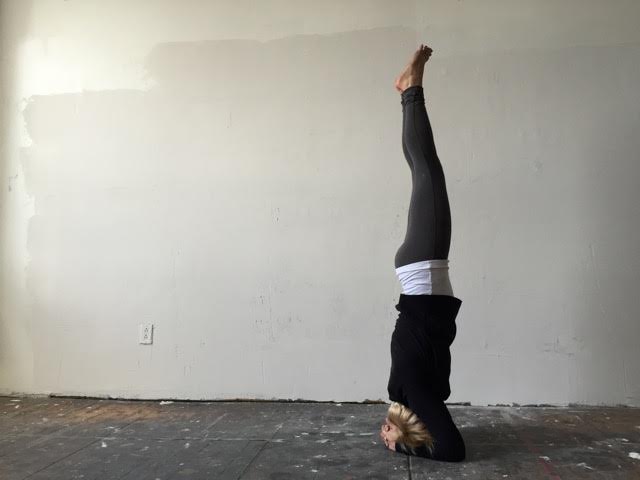 Most people who know and love me will agree: I can be an ass sometimes.

One reason I wanted to get my teacher training certification was to nail my bloody headstands. One month and 4000 US dollars to nail a headstand, you say? Now you are thinking I’m an ass too.

But, I wanted to “deepen my practice” as they say, and my practice had become getting my headstands down.

I had grown obsessive and not even in a productive way. I would begin thinking about them before I would walk into a yoga class and would be good and freaked out by the time the class started doing them and I would be sweating and start to notice how the floor was slanted or my shirt was too tight and didn’t my horoscope say that today wasn’t a good day for inversions? Stupid. Stupid excuses and stupid me, I would think which of course is all very un-yoga like.

I had been practicing the pose with a zeal used more for conquering the enemy. And one night, in my euphoria of having been laid off from my corporate hell job, deciding to sell all my belongings and move, I found myself in my empty kitchen. I had packed all day and was having a glass of wine and was pretty much feeling like a “king.” My whole life was turned upside down. Hell, it seemed like the perfect time to do a few headstands to seal my zeal for life. Can you imagine how this all ended? If you guessed a puddle of arms and legs on a yoga mat, you get two points.

This experience left me with feeling like that puddle of failure. It obviously wasn’t the yoga pose fail, but ran much deeper than that but it manifested itself in me not feeling any confidence with turning myself upside down. So I cheated and started to use a wall to get up into my headstands. Lots of people do it. But I knew deep down that I was getting up, but I wasn’t conquering anything. Wasn’t conquering my fear of not having a job at my age or a family or security of any sort.

I was not able to conquer change. Because that is what I was afraid of most of all. And I needed to conquer that ultimate fear.

My body was strong. The sad fact was that my mind was not.

A month of discipline at an ashram? Could I erase all the fears that plagued my mind? Could I become that person that people said I should be but never was because I was too shy, too insecure, too screwed up to be? I signed up and hoped for many things but secretly hoped i would come home and do a bloody headstand in a yoga class. Aim high, right?

Traditional Hatha yoga has an eight step process to getting into the headstand pose. It begins with measuring the distance between your forearms, holding onto your elbows, then holding that distance and placing your hands together in front of you with your fingers entwined, giving you an inverted V with your arms and hands to place a structure to hold the weight of your body. Step three is to place the top of your head into the cradle your hands are making. The top of your head isn’t always what you think it is (and if that isn’t a loaded sentence I don’t know what is).  Lifting up is easy enough in step four as you walk up towards your face. In step five, the core kicks in and you have to bring those knees up and in an inverted fetal position. The next step, where you have to curl out of the ball is where things get tricky. Bringing your knees up requires a certain strength. Hips have to slightly shift and your body lies in that structure you created and you literally are holding the same weight you do every day, only flipped upside down. This was a treasure of feelings to me. Once you get this, the last step is gravy.

Within two days, my teacher training went straight into headstands. A few of us grumbled about needing more time, but we were told we would all be doing them by the end of the month and they seemed so sure, I had to believe. I reluctantly did the steps that I was capable of doing but knowing I could’t kick up into a headstand made me have to take stock in each step and realize when the breathing stopped.

I stopped breathing as soon as my toes tried to leave the earth. We were encouraged to stay there. Upside down, with our heads down on the mat, our asses up and legs straight, I would stay in this pose and breathe. We had two yoga classes a day and often I would be hovering in this pose for a few minutes twice a day and I would breathe. I would look around and take stock of where I was.

I eventually would do half headstands and hold myself upside down in a fetal position for longer periods of time. I would see the world upside down. I would watch the little gecko lizards dart around. I would see people walk along the path in the far distance and see if I could recognize them. Sometimes they would be people arriving, pulling along their luggage behind them and I would wonder what they were thinking. They often looked like they were carrying the world on their shoulders. And here I was, standing on mine. Looking at me them from a completely different vantage point, I began to thank the powers that be that gave me this opportunity to hold myself in upside down and watch people arrive at a yoga retreat as I struggled with my headstands while the world around struggled with poverty, hatred, pain and struggles that I knew nothing about.

I felt utter gratitude for my ability to not stand. The ability and time to not stand. I was just sitting, watching the wheels go
round and round and, like John had suggested, I had to let it go.

By the end of the month, the top of my skull had either become flatter or I started to relax.

The thing is, when you stand on your head, it’s really hard to kick your own ass. Try it. You will fall. I know from lots of experience. Maybe its the fact that the focus you need to hold yourself upside down is such that you can’t focus on self-flagellating. And apparently that takes a lot of concentration.

Or maybe, when you turn everything upside down, that shift, that change in perspective and outlook on everything you see in front of you gets turned upside down. Those masters might have been onto something… 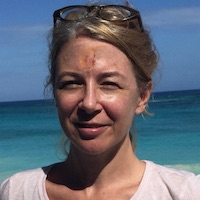