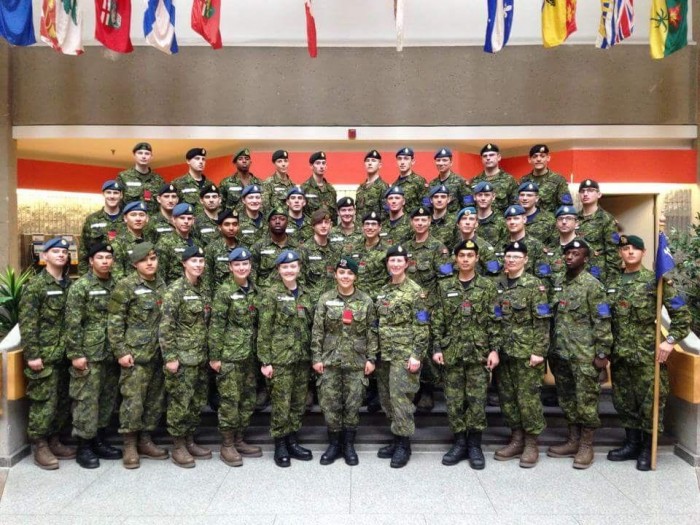 I recently finished BMOQ—Basic Military Officer Qualification (AKA Basic Training). It was from January to April in a city about one hour outside of Montreal.

This training was one of the hardest things I’ve ever done. Not because it was physically demanding, because I did not find the physical aspect hard. It was challenging because I was so far out of my comfort zone; I was mentally pushed unlike anything before. Anyone who remotely knows me can probably understand what I mean when I say that I was out of my comfort zone. My BFF actually said to me, “The only person less suited for the military than me, is you.”

I’ve spent the last five years of my life completely immersed in a yoga community, where we don’t resolve conflict by yelling or degrading. We yogis hope for peace on earth and support each other with hugs, vegan salads, homemade chocolate and Kombucha!

So, let’s take me, an overly sensitive, introverted yogini and throw me into a testosterone dominated environment, where not everyone wants to get along or necessarily feels the need to be nice to everyone. And the then on top of that, ask me to not only be surrounded by people constantly, but to lead them, work with them and live with them. Sometimes I felt like I was living in another world.

So, in true Sport Psych fashion, I reflected, debriefed and came up with a few lessons that I can translate into my life (and hopefully yours too!). 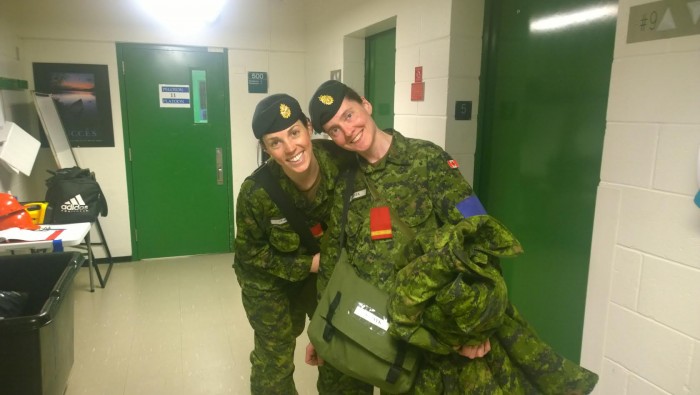 1) What people say about you says way more about them than it does about you.

I’m not going to lie, some people could say really hurtful, rude and blatantly mean things to or about other people; rumors flew and people talked. I was on the receiving end of some of the words and rumors. And it sucked…a lot. But when I could take a step back from the emotion and how the situation made me feel, I realized that the words were not a reflection of anything I had done. It wasn’t my story; it was theirs. The words came from that particular person’s fears, insecurities, and/or past experiences.

Which leads me to my next point:

2) People may not remember what you say, but they will always remember the way you made them feel.

3) Nothing is ever as bad as it seems.

I would get myself worked up over most of the big tasks we had to do—our missions, leading the group, living in the field. And every time the “tasking” would pass, I would wonder why I got myself so worked up. I began utilizing my skills from yoga to stay present, try not to think of what was yet to come and focus on taking things one step (or moment) at a time.

4) You are so much stronger than you think.

I saw our platoon members achieve things they never thought possible. Some made such amazing personal changes within themselves that it was almost hard to recognize them by the end of training. You never really know how much you can grow or what you can endure until you jump right in and give it everything you’ve got.

5) Believe and trust in others.

6) More importantly, believe and trust in yourself.

This may seem redundant to number four, but there was a point when I was doubting my capabilities and what I knew (deep down) that I could do. My sister’s boyfriend gave me a piece of advice that I will never forget: “A lion doesn’t ask himself how to be a lion.” I knew that I had everything within me to be successful; I didn’t need to ask myself how to be something that innately I already am.

7) Be who you are and say what you feel…

..because those who mind don’t matter and those who matter don’t mind. Thanks for the life advice, Dr. Suess. And thanks to my good friend Steph who didn’t mind one bit!

8) People will always find what they are looking for.

Every room inspection I’d hear: “dust in the barrel”, “lint on your clothes”, “dust on the window sill”. If I’d wiped the window sill seconds before my Sergeant walked in, he still would have found dust. If someone has something set in his/her head, they will always see what they want to see.

I probably cried once a week at training. It made some people very uncomfortable, and it made some feel like they needed to console me or offer me advice. I wasn’t ever looking to elicit a response from others; after days of holding in frustrations, it was a way for me to release and process things for the week ahead. Big kudos to my sister who was on the receiving end of almost every single one of those phone calls.

10) Look for the lessons learned in everything you do.

The Mental Performance Consultant in me loves a good debrief and to talk about lessons learnt. For every challenge I faced and every difficult person that was presented to me, I always asked myself what I could be learning from this person or this situation. Usually I was able to work on my own insecurities, my own fears and build my own self-growth project out of each moment.

While I would never choose to go back to Basic, I am forever grateful for the people I met and connected with, the experiences I had and the foundation that has been laid for me as I start to intertwine my yogi self with the CAF—the ultimate yin and yang. 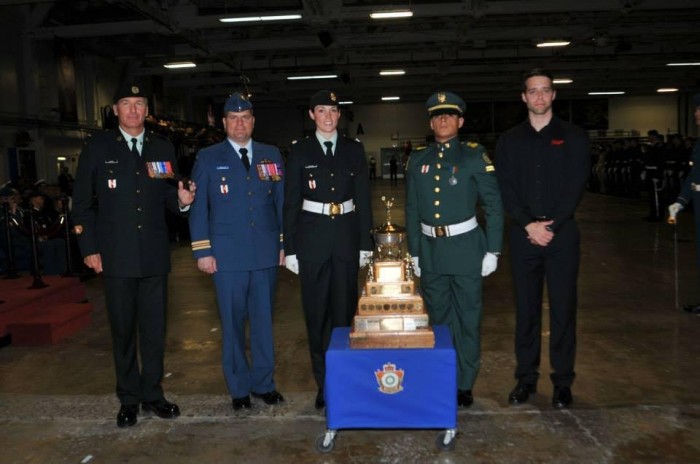 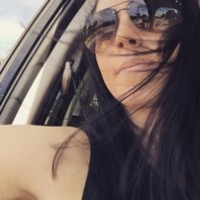