Compost Consciousness: How we turn our Inner Trash into Fertile Soul Soil. 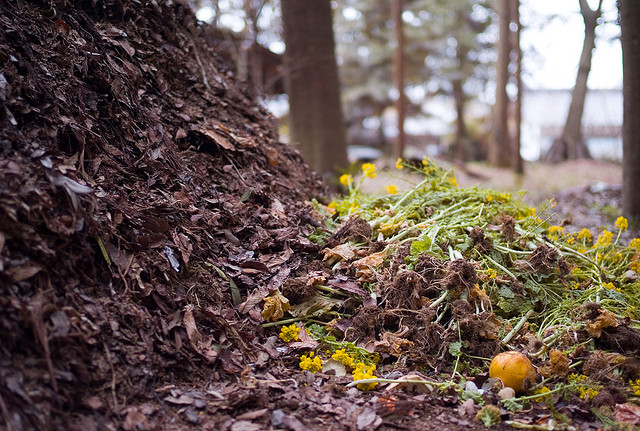 If you read Secrets of the Soil by Thompkins and Bird you may know that in the 70s, the Oakland, California landfill was transformed into a successful recycle center and compost factory.

For four years nothing went into the landfill. For four years, the city turned a profit selling compost to Salinas Valley farmers; compost made from the table scraps of local residents.

Unfortunately, the operation was shut down by Ortho when their profits dropped, as more farmers switched to the Oakland compost. You can guess how that went: Ortho supported political candidates and they threatened to pull the support if the politicians didn’t bend policies in the company’s favor.

But this is not a story about politics. It’s a story about the brilliant design of nature’s system where there is no such thing as waste. It is also a story about the symbolism of this design and how it can help humans to stop trashing ourselves for our “mistakes” and instead compost them into fertile soil for new growth.

I am a farmer at heart.

Having a direct relationship with the earth and her ability to feed me, shelter me, inspire and heal me is the crux of my life. As a yoga teacher, I see asana in the same way—a study of the eco system of the body and its ability to fully serve us if we are willing to align with its natural design.

As a farmer, one of my favorite things to witness is the alchemy of stinky “trash” transforming into fertile soil—composting. On my land, I throw nothing away. In addition to kitchen scraps and garden trimmings, I shred paper and empty the vacuum cleaner into the compost pile. Watching the earth take these elements and turn them into rich soil that supports new growth is hugely valuable on both the physical and spiritual planes.

Have you ever felt the devastation of being turned down for a job or dumped by a lover? And have you looked back years later and seen how that “devastation” was actually a necessary component to set you up for a more appropriate situation?

The idea is this: there are no mistakes. Each “mistake” feeds the compost pile. And under the appropriate conditions, that compost pile works the alchemy that turns it all into fertile soil. Of course that begs the question: what are those optimal conditions?

The magic of a compost pile lies in its unseen elements. Invisible to the human eye, the microorganisms in the pile are literally eating the “trash” and excreting elements of fertile soil.

In our lives, when we allow problems to root us in despair, victimhood, blame and shame, we create soggy conditions that impede transformation. On the other hand when we get too fiery and use anger or impulsive action to conquer problems without understanding them, we don’t allow the deeper shifts that keep us from repeating the past.

Under the optimal conditions, a “problem” will clarify a new solution and the deeper part of us will carefully feed off the problem to create layers of sustainable solution. This is the alchemy of lasting positive change. Call it self-composting.

This brilliant resource-reclamation pattern is everywhere in nature.

Even in the cosmos: black holes collect star trash and draw it deep inside, compressing and digesting it. When the alchemy is just right, a quasar explodes out, giving birth to a new galaxy.

This compost consciousness can serve us in personal and planetary transformation. When we own this wisdom, phrases like “throw it away” or “get rid of it” sound ignorant and meaningless. Instead of judging people, we wonder about their appropriate place in the cycle of life. Instead of annoyances, problems become think tanks for next-level creations. Less energy is spent trying to bury trash and more energy is spent morphing it back into life’s majestic progression forward.

Almost 50 years ago, someone followed this natural law and built a prototype solution for our “trash problem”; the Oakland Compost Project. Perhaps it was too radical for the time but it started a series of creative cycles that continue to align us more closely with the flow of nature.

The brilliance of nature is not separate from us. It is streaming through us and around us always. The simple intention to observe it with reverence and mimic it with precision will enhance our lives and leave legacies of betterment.

Oakland Landfill Project: Secrets of the Soil by Peter Tompkins and Christopher Bird and its included citations. (1998)

Black Hole: How an Idea Abandoned by Newtonians, Hated by Einstein, and Gambled On by Hawking Became Loved, April 28, 2015 by Marcia Bartusiak. 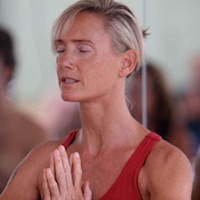