Dancing with the Edge of Darkness in the Light of Sobriety. 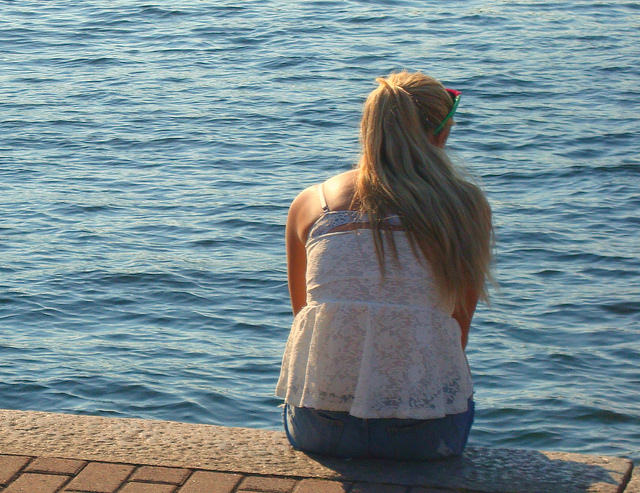 During 20 years of substance abuse it was often a challenge to face even an hour of reality, let alone a whole day. I always had an escape route mapped out and I rarely lost sight of the exit door.

Today, in sobriety, days and even weeks pass during which the thought of escaping or “taking the edge off” never crosses my mind—a freedom that was but a distant dream two years ago. About six months into sobriety, I realized that the incessant obsession to escape had lifted, and I felt like a miracle had occurred.

While I am grateful to no longer be lost in a haze of marijuana smoke with my paranoid thoughts wandering off mid-sentence into oblivion, or waking up with a blinding headache, terrified by my total lack of recall of the hours leading up to my passing out, every now and then I am stabbed in the gut with a razor sharp blade of anger in the form of a menacing knowledge: no longer can I “take the edge off” by getting high, or low, or otherwise f*cked up.

Sometimes I find myself in a space that feels too small; I’m bordering on claustrophobia, and I want out—now. My overactive mind begins its frantic exploration of this too-small space and I realize with dismay that it is simply reality I am trying to escape. There is no feasible way out, except that I know I could easily flee with a couple tokes off a joint.

The first ice-cold sip of a dirty martini would provide instant relief. A couple shots from that bottle of whiskey above the microwave would also do the trick; I wouldn’t even have to leave the house. Or, I could steal a Xanax from the medicine cabinet. Moments later that “whoosh” would take over and melt the anxiety from my mind and body. It wouldn’t smell. Nobody would have to know. Except, I would know. Damn.

My lower back has been hurting again. I bet I could get a prescription for Vicodin; with a doctor’s blessing, surely it would be okay. I could get wired and numb all at once, feel invincible and be really productive; or at least I would have the illusion of productivity, until all of that would morph into an ugly hum of depression inside of a black space far smaller than the one I am in right now. In the end, I would be cornered, having no clue which direction is up or down, right or left—and, even if I did know, I wouldn’t have the clarity to decide which way to go.

Substance abuse as a means of escape always led me to the same place, no matter what: trapped and asking myself, “Why did I do that?”

I lived in a cycle of self-questioning and regret until my grandmother gifted me with the wisdom to, “Follow your impulse through; before giving over to it, consider where it will take you.” Damn her. That is always enough for me to realize that it’s not worth it. So, although I refrain from “picking up,” sometimes I still want to say, “F*ck it,” and get high.

In the bright light of sobriety, facing dead-on the void where the buzz of the high and the drama of the hangover used to dwell, sometimes I am not sure what to do with all the spaciousness. The tendencies of the addict take over and I just have to explore the edge. I push through the space until the edge is in sight and I move toward it. More so, I am drawn to it. I am drawn to that edge like it’s a colossal magnet because over that edge, on the other side, is darkness, and that darkness has always called to me. It wants me and, somewhere inside, I want it to envelop me and suffocate my light. And, so, I dutifully go to it when it calls; but these days, instead of stepping off the edge into that sad, lonely fall through darkness, where I am certain I no longer want to spend my precious time, I pause right on that edge and I dance with it.

The truth is: dancing with the edge—in the face of that draw to the dark side—provides me with a greater high than I ever got from fine red wine or cocaine; pain-creators (I mean, killers) or speed; dirty last-call shots of tequila at 1:40 a.m. in dank bars where I convinced my cohorts that the night had only just begun, or the delusion of creative brilliance that marijuana gave me behind glazed-over, far-off, lost eyes.

By riding the edge instead of giving into it, I expand beyond the limits of my previous self-destructive habits, into a realm of vibrant energy that I never before experienced, at least not in adulthood. It might come in the form of communication, creation, writing, meditation, going for a run, practicing yoga, or researching an area of life about which I have always been curious; even watching a great episode of television or a thought-provoking film qualifies. Regardless of how it manifests, it is the taking of “contrary action” and it always leads to the positive actualization of pure intention. Giving over to the draw of darkness used to tear down my spirit on the regular; but now, when necessary, I apply my purpose of riding the edge, and I come out stronger and happier every single time—without fail.

As well, the high of clarity is hard-hitting and incredible, empowering, trailblazing and strong. It’s the purest of the pure and I wouldn’t trade it for a single moment in that heavy place where I used to hide from life.

I have learned not to look back with regret and, even if I could, I would not alter a single step of my journey, which led me to where I am right this moment, writing this piece. I honor the process of getting here, because I know I cannot arrive at point B without first arriving at point A.

Caught up in my past coping mechanisms, I stepped out on countless key moments, inebriated. Today, I don’t want to miss a thing. I want to stay present to experience the moment-to-moment of it all. The other way was like walking out of the movie theatre to get more popcorn in the middle of the third act, when the movie on the screen was my life. I’m riding the edge instead and I’m excited to see what happens next.

Sobriety: How Giving up Drinking Changed my Life. 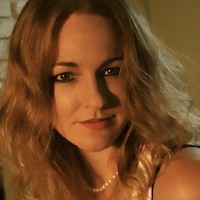