Entanglement: All Things are One. 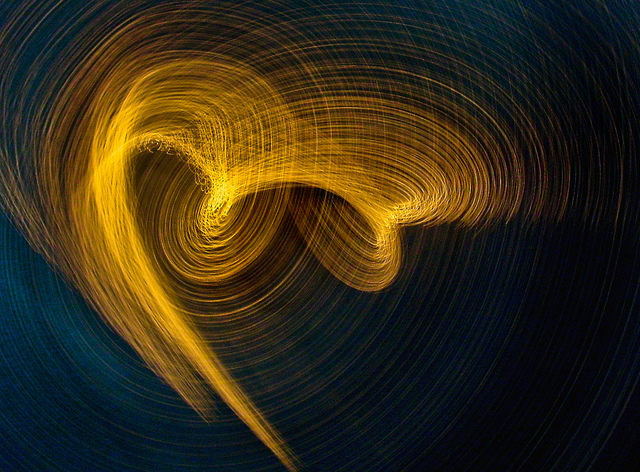 Since its origins in 16th century, scientific method marked a separation between science and spirituality. In the late 1800s, we believed the whole universe was a big machine responding to deterministic laws.

A full century later, and we are still arguing about the real meaning of the physics of quanta and our perception of reality [1].

As a student I was just told to “shut up and calculate” [2], as quantum mechanics formalism is able to predict the result of any experiment; however, the purpose of physics is not only to predict results, but also to propose models that can help us understand our universe and its origin and evolution.

In this sense, every interpretation of the quantum world suggests both a physical and a metaphysical model. This was the real intent of physics since its origin: Define the genesis and development of the universe with a process of natural observation free from “ipse dixit” [3] issues and religious dogmatisms.

Today, some quantum interpretations [4] that imply universal consciousness, “many­-minds,” or a holographic universe [5] are requiring new paradigms in their formulation, borrowing ideas and concept from philosophy—or even from old mystic traditions.

The process of reunification between science and spirituality has just started.

A very particular quantum phenomena, “Entanglement,” has gained popularity in recent years because of its mystic and psychic implications. In 1935 [6] A. Einstein together with his colleagues Podolsky and Rosen, proposed a gedankenexperiment (a thought experiment), later called the “EPR paradox” [7], to demonstrate the incompleteness of quantum theory.

This paradox describes a strange phenomenon that could occur when two particles are prepared together by the same system. In that case, the physical parameters of the two particles will be correlated (i.e. linked, i.e. entangled) even if the two are brought far apart from each other.

Therefore, if two particles are entangled any action on one of the two particles will immediately affect the second particle. The path from a gedankenexperiment to a real experiment was hard—and 80 years long. Beginning in 1981, A. Aspect—and later Zeilinger in 1998 [8]—carried out experiments measuring the Spin [9] of entangled photons, confirming in the end the fears of A. Einstein:

The quantum world is a paradoxical world.

When two photons or particles are entangled (we can call them “A” and “B”), it is possible to measure their Spin even after they have traveled for a while in opposite directions. As an example, if I measure the Spin of A along the vertical axis and find that its Spin is “up,” particle B will immediately assume a “Spin down” status. And vice versa if the Spin for particle A is “down.”

It could be assumed that the two particles had already generated their own Spin and nothing new happened during our measurement. But, Aspect and Zeilinger demonstrated that the Spin is “decided” by the particles at the prescise moment of the measurement of one of the two entangled particles—not earlier. Moreover if I decide to measure the Spin of particle A along the horizontal axis this time, and find that its Spin is “counterclockwise,” particle B’s Spin will immediately be “clockwise” in horizontal axis—again precisely linked.

Two questions can be posed:

1) How does particle B “know” whatever direction I decided to perform the measurement for particle A? (i.e. what is the role of the observer? Or, can the observer influence the result of a quantum measurement?)

2) How does particle B “know” the result of measurement of particle A?

The role of the observer and their consciousness in quantum physics is still debated; different models give different answers. The second question indicates that the two particles are, in a way, “connected” even if brought a long distance apart. It seems that entangled particles are not affected by space distance [10], and Zeilinger’s experiments of 2012 demonstrated that they are not even affected by time distance.

Moreover, it is possible to set an experiment [11] such that two scientists appear to hold some telepathic ability [12] when in fact it is actually just entanglement. Contrarily, it would also be admissible to think that the telepathy is just an emergent effect [13] of the entanglement between two complex systems like human brains.

After these perplexing results, we should rethink our perception of the space­time continuum, as the essence of reality is probably far from our current conception. We should completely revise our idea of the universe; everything seem to be more connected that what we have believed. Distance in space and time could just be illusions, and starting with the big bang all things could still be closely connected. “All things have been and arose from one.” [14]

It is amazing to observe how old religious, philosophic and mystic traditions—especially form the East—already, long ago, understood and conceived a similar conception of our universe. Probably this ancient wisdom has always permeated the human soul.

It is desirable in a near future that science and philosophy and spirituality restart their collaboration. I’m not sure if physics will be able to better understand the spiritual world, but I’m quite sure that spirituality can help physicists to understand our universe.

[1] For further info see the Internet Encyclopedia of Philosophy.

[2] This sentence is attributed to R. Feynman, though he probably never pronounced it. Regardless, it is related to the “Copenhagen Interpretation” which attempts to reconcile the apparent dualism between “wave” and “particle”.

[3] “He said,” therefore it is true. Refers to affirmations considered true just because an ecclesiastic said it.

[7] EPR: by the initials of the three scientists. A. Einstein, in particular, was skeptic with respect to the casualty implied by the Copenhagen Interpretation, famous for the sentence, “God does not play at dice.” Equally famous is what Niels Bohr one day said to him: “Stop telling God what to do.”

[10]Therefore it is said that quantum theory is a “non­local” theory. For further info see: https://en.wikipedia.org/wiki/Quantum_nonlocality

[11]It has also demonstarted that it is not possible to take advantage of the entanglement phenomenon to send useful superluminar or immediate information between two entangled particles i.e. at higher speed that the speed of light, hence is compatible with special relativity. For further info see: https://en.wikipedia.org/wiki/No-
communication_theorem

[13]“In philosophy, systems theory, science, and art, emergence is a process whereby larger entities, patterns, and regularities arise through interactions among smaller or simpler entities that themselves do not exhibit such properties.”, from https://en.wikipedia.org/wiki/Emergence

[15] Heraclitus of Hephesus, Fragment DK 50, «Οὐκ ἐμοῦ, ἀλλὰτοῦ λόγου ἀκούσαντασ [ὁμολεγεῖν] σοφόν ἐστιν ἒν πάντα εἰδέναι.»”It is wise for those who hear, not me, but the universal Reason, to confess that all things are (“all things have been & arose from one”, “all things are one”).

Redesigning Society: How Science is Proving that Extraordinary Experiences of the Human Mind are Real. 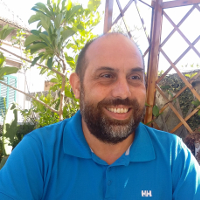