Free the Game: Figuring it all out as a 20-Something. 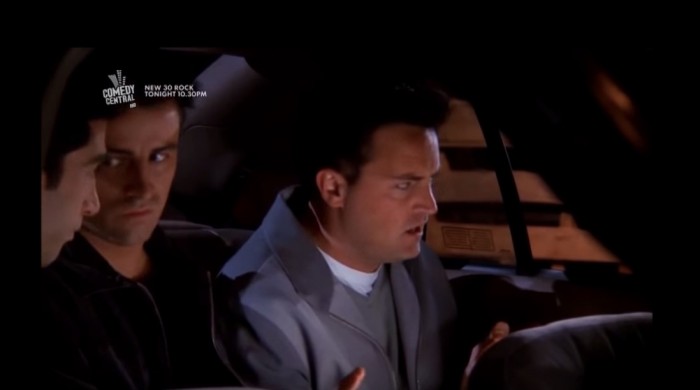 It’s one of those nights where your life becomes a sitcom.

You’re at a friend’s farewell dinner. The beautiful soul is flitting away to Elysian Zanzibar to teach for two years.

The host folds the silky pastry over the steaming chicken and leek pie she made from scratch. The other characters are at the dining room table, pouring wine and wondering why there are no old ‘dog ladies’, only cat ones—you know, the big issues in life. Someone wants advice on dating a colleague (the consensus is: you don’t sh*t where you eat). This is followed by a string of one-liners zapped across the table.

Then there’s the tiramisu decorated with three vibrant sparklers that bathe this moment in a warm citrus glow, so you’ll always remember it with a sense of magic as palpable as the stars shooting from the ashy stick.

As the sparklers extinguish, a character mentions that she’s applying for a job overseas, just like another friend at the table. Someone says her boyfriend has been headhunted by a company in Australia and she’s going with him. They love their jobs, but they can’t survive on their salaries. There are hypothetical houses and kids to think about. Or they’re yearning to travel, to get perspective on their relationships and careers they thought would fulfill them. They’re exhausted from working 17-hour days, then crashing on weekends to replenish themselves with vapours of fuel to speed into a high-octane frenzy on Monday, and barely chug along by Friday. “I’d rather be a barista than a barrister, anything actually, at this point,” says one. Some have realised that the thing they wanted all along no longer makes them happy.

As the twenty-something tales of career, relationship and life angst get passed around the table, you feel like you’ve just binged on an entire series of Friends. You’ve become the characters you used to laugh at. You chuckled at their uncertainty, at how they blundered their way through situations, because you thought that by your late twenties, you’d have it all figured out. At 18, you thought 30 was as far away as a star circling Neptune. Now you know a decade can move with the speed of light, and that the star is looming over you so large, you have to cover your eyes to block its brightness.

“Everyone’s leaving,” says one character, looking down. Yip. You thought your friends would always be there to squash onto one couch and guzzle chips and gulp litres of tea and coffee and wine to fuel endless conversations about everything and nothing. You never imagined they’d be scattered all over the world, moving from starring roles in your life to guest appearances. “Guys, are we growing up?” you say. Silence.

You and a few die-hards who stay until the end take one last starlit selfie in the garden before departing. There is a picture reel of blurred beings; severed heads; of some blending in with the night; the flash turning others into luminescent energy-saving light bulbs; of a person who wants a retake because her ‘too happy’ expression makes her look like a five-year-old who got a new bike and a puppy. They are snapshots of people we’ll never be again—a time capsule of our fading twenties. It is the end of a season.

You lie awake, your mind buzzing. You blame this on the coffee in the tiramisu. Yes, that must be it, not the fact that you’re wondering whether travel is the answer to everything and if it’s time to go on an adventure and what you’re doing with your life.

Then you remember that the Zanzibar-bound friend said she’d been given some parting advice by one of her Capoeira companions. “Solta mandinga,” he’d told her, loosely translated as ‘free the game’. In a Capoeira context, this would mean to not be so rigid when dancing—to not focus on moving left or right, or on ensuring each move is perfect. You need to free the game within you, to let go of how things are supposed to be, and focus on what they are.

You realise you need to free yourself of grandiose expectations that are causing most of your angst. Maybe you expected to be at a certain level in your career, or that you’d be working for Google. Maybe you expected to own a place, to have met the one (or at least the fool me once before the one and only) and be better at relationships. You expected to have work-life balance sorted, to be #Winning.

You expected something a little close to perfection. But life isn’t like that. Life is like spontaneous starlit selfies. You can’t be so caught up on getting flawless shots, on positioning yourself this way or that. The pictures you took that night aren’t perfect, but when you put them all together, they form a beautiful montage of eternal friendship, of childlike glee, of sadness and of letting go. Your picture reel will be filled with light and dark moments; with blurry shots caused by exploding excitement, or fear. There’ll be shots where your body parts are sliced off because you lost your head and fell to pieces, or where your eyes are half closed because you were just not ready for that freaking take. It’s heartbreak mixed with magic. It’s being human. It’s life.

You wonder if you’ll ever have it figured out. Maybe when you’re 40 you’ll know everything. After all, it’s over a decade away—as far as a star circling around Uranus. Then you remember that somehow, through all the dilemmas, your favourite TV characters made it out okay, with their sense of humour intact (or enforced). This day, week, month, or even year could be a really drawn-out, crappy episode. But there are usually cool plot twists ahead (you could get trapped in an ‘ATM vestibule’ with a model during a black out).

Nobody’s sure what the next season holds. All you know is your upcoming episode is going to be The One Where You Freed The Game. 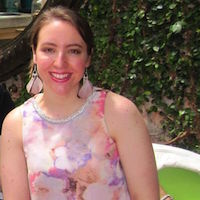