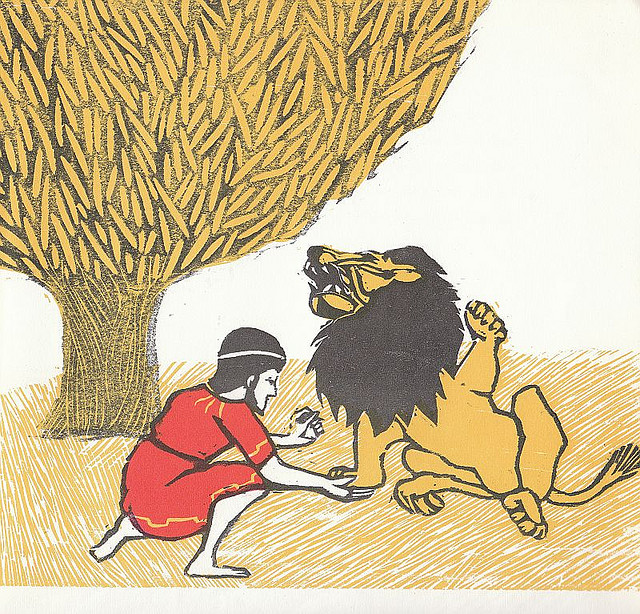 **Warning: some adult-ish language ahead.

Full disclosure—I’m a crab ass. I can be as bitchy as they come.

I wake up early but I’m hardly ever thrilled about it. The heat turns me into a veritable monster, true story. And my patience is occasionally in the shortest supply you can imagine.

I am working on being more Androcles and less Lion.

If you are not familiar with the ancient fable, I am assuming you are also unfamiliar with toilet paper. Seriously though, in case you need a refresher—the story goes that a runaway Roman slave named Androcles tried to hide in a cave which turned out to be the den of a lion. This lion happened to have a thorn in his paw, which of course made him crabby.

Androcles removed the thorn and nursed the lion’s paw until he healed, and they became friends. (Well, as friendly as two hungry omnivores can allow themselves to be.) Later, Androcles returned to society, and he was captured and thrown into a lion’s den as dinner.

Of course, the lion he was thrown to was his old pal Crabby-Paw, who recognized him and pretty much became domesticated kitty. Androcles was then heralded as the “Lion Tamer,” and he was not put to death, because of his way with big scary animals.

Seeing myself as an overt Lion-ness, I find myself so grateful to those amazing Androcles’ in my life who are most often my splinter removers.

Figuratively, my spouse is a fantastic Androcles. He’s removed splinters from my paws, my side and even my eye. Most of them are imagined, but some of them are real, and he treats each one as if it were the most important splinter he has ever removed.

I was recently irritated by a work-related splinter. See, a rumor was going around that I was going to be fired. My managers were magnificent about calling me immediately to quash my fears. They’d heard the rumor already and wanted to tell me, before I heard it on the street and totally freaked out. They know me well!

My husband happened to be with me when I heard about it, and he assured me it was a mistake—some misunderstanding. I pouted for a while over that rumor—that “splinter” in my paw—wondering who would say such hurtful things?

Weeks later, after being a part-time sleuth, it was revealed that it was a misunderstanding, and the source of the rumor had mistook something to mean I was going to be shit-canned. In this instance, it took a village of folks acting as my Androcles—my husband, my bosses and some friends—to pull that butt-hurt splinter out of my paw.

On a more literal Androcles note—a few months ago I was seated in the gym steam room, on a wooden bench. It was somewhat crowded, and—being the codependent people pleaser I am—when a woman came in looking for a place to sit, I quickly scooted over to make space for her. Even though I was wearing practically bulletproof yoga pants, I managed to pick up the lone splinter that was sticking up on the bench. I pulled it out, but I wasn’t sure I had gotten the whole thing.

As luck would have it, I had a doctor appointment that afternoon—a follow up appointment with my gastroenterologist. (Hand to God, I’m not making this up.) After we discussed my recent procedure, I told him that this was very embarrassing, but I had managed to get a splinter in my hind-quarters, and I wondered if he could look at it to make sure I got all of it out. He checked and saw a red dot where the splinter had been, but he assured me that I had removed my own splinter.

I hadn’t originally intended to use this as a metaphor, but it does serve really well as one—sometimes, we can remove our own splinters. We can also let someone else remove them for us, and sometimes we might ask someone to check our work if we are in doubt.

Some interpretations of the ancient fable say it is one of the earliest stories about gratitude.

We are all grateful when someone helps us ease our pain—physical, emotional or spiritual. We have all had someone remove a splinter from our paw, at one time or another. Maybe they’ve shown us something about ourselves, that we could not see clearly, until it was brought to our attention.

Think of how grateful you felt when someone you loved, or maybe even a stranger, showed you something that meant a great deal to you. Or maybe when they helped shine a light on a shadowy part of your world. That gratitude can be paid forward to some of the “crabby lions” in our own lives.

The next time someone in your life starts bitching—instead of nodding, looking at your cellular device or changing the topic—see if you can identify their splinter. If it’s in your capabilities, consider removing it or helping them to remove it themselves.

We all know that doing something nice for someone else is also, often, a gift for ourselves. Making someone else feel better, makes us feel grrrrrrreat! (No offense to Tony the Tiger.)

Just like Androcles, taking the splinter out of a crabby lion’s paw could really be a saving grace for us.

So, get out your tweezers and roar!

The Gift in Having a Sh*tty Poker Face. 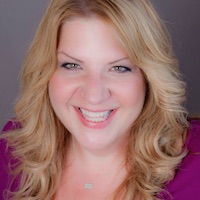