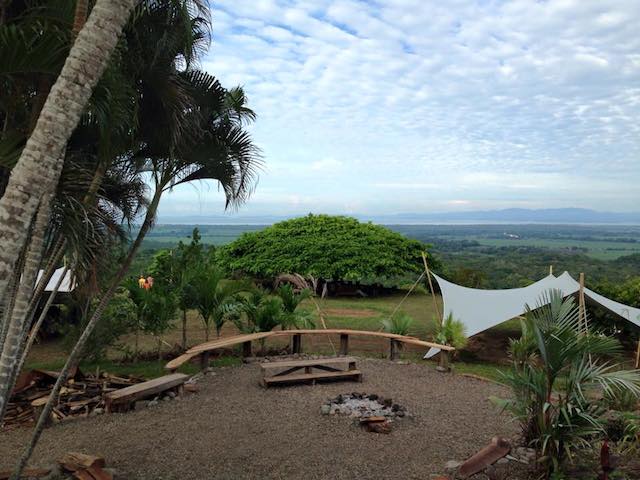 My life changed the moment I set foot on the sacred ground inside Puerta a la Vida.

This magical place sits atop a hill in the mountains of Miramar, Costa Rica. I had no idea what would take place over the next three and a half days, but I knew it was going to take me outside of my comfort zone.

Camping in the jungle did frighten me a fair amount, but I was up for a little personal growth. I was about to embark on the journey of a lifetime, not only emotionally, but spiritually as well. The DO Lectures inaugural session in Costa Rica began on a Thursday this past July.

When I arrived at the campsite, I was a little taken aback.

The showers were outside, there were port-a-potties and I would be camping in a smallish tent with two other women I had not met yet. There were loads of bugs, snakes, scorpions, howler monkeys and roosters. Thankfully, there were no close encounters with any scorpions. And if you have never heard the cry of a howler monkey, it is like something out of a horror film.

I thought to myself, “what the hell am I getting myself into here?” This city girl was way outside of her comfort zone.

I could complain the whole time, or I could just dive all the way in and make the best of the experience. I chose the latter of the two and was prepared for the adventure ahead.

I found myself surrounded by people from all over the globe. Each person had their own unique reason for how and why they were there. Each story, idea and project was inspiring—and just plain awesome. All of us had the same enthusiasm to leave our own personal stamp on the world.

Despite being covered in bug bites, sweat and dirt, I knew that this was exactly where I needed to be.

Two friends of mine were leading a workshop the following morning. Without really knowing what it was all about, I verbally committed myself to attending it. During breakfast, they made a brief announcement about the workshop that they named the Naked Truth. Oh yes, it was exactly like it sounds—getting naked in the jungle in front of a group of people.

I remember thinking, “Oh crap, guess I have to see this thing through since I am a woman of my word.” Then off I went down the stone path to this amazing little spot on the edge of the campsite called the Shire.

Much to my surprise, four of my new friends were also there, so I felt a little better about the situation. If they could do it, then so could I. As the workshop started, we all wondered exactly when and for how long we would have to be naked. When the time arrived, I hesitated for a brief moment, but off the clothes went.

Completely bare and exposed, I actually felt ridiculously free. This exercise was not about shedding our clothes, it was about revealing our innermost fears and insecurities.

We exposed our souls to one another in a completely safe and loving environment. After a while I forgot the fact that I was baring it all and felt a deep connection to everyone in the group. This experience was a turning point for me. It reignited a fire within that I had not felt in years. This was exactly what I had come to the jungle for. A complete transformation was already starting for me, and I knew this time it was going to be big.

Upon returning home, I decided that it was time for some major changes. Not just writing something down, but actually committing to a date and sticking with it.

The first action item was that I needed to leave my nine-to-five. I inked a contract with myself to leave within 30 days; I signed it and hung it up on the wall in my office. It was time for me to live through my heart and not my pocketbook.

This concept might seem radical for most people. Why leave a job that pays really well and offers security and stability?

I no longer desired a life of cubicles, artificial lighting and nine-hour days chained to a desk. My heart needed to be in my work—my mission—and that is the reason I made the contract with myself. A deadline would hold me hard and fast to the commitment.

I am happy to say that the days at my job are numbered. I will be leaving in a matter of a few weeks.

Do I feel like it was the right decision? Oh yeah. Doors are opening that were sealed shut before.

The simple change in mindset is all we really need in order to make something happen. The key is that we have to embrace the fear in order to get there.

On August 1st I launched my very first campaign to inspire creative expression—an idea that came to me as a result of my experience in Costa Rica.

I know now that my inner fire will stay ignited so long as I keep living through my heart. 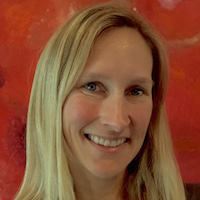