So you Say you aren’t Flexible Enough for Yoga? 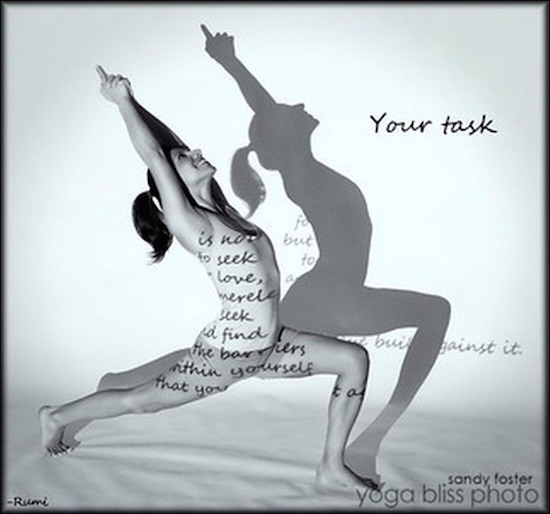 “Saying you’re not flexible enough for yoga is like saying you’re too dirty to take a bath.”

It brings to mind another popular and bold slogan in the same vein:

The two slogans reprimand a wonky, illogical way of thinking about things. I’ve heard many times, especially from men, “I’m not flexible enough to do yoga.” The ironic thing—for centuries yoga was something that only men were permitted to do. What a turn around.

Naturally when I hear this, I’m disappointed.

I think it is a shame that someone won’t try something because it looks hard. Or because they think there will be high expectations forced upon them. I’m not disappointed in the person as a person. I don’t think they’re lazy or stupid or less courageous

I think they’re doing what most people do—the thing that comes easiest—the path of least resistance.

If you think you’re exempt from this, think a little harder about the things you love doing and why you do them.

People like being good at things, even if they’re only marginally good at them.

Even if we’ve thought we’d like to do something—for example, play fiddle in a blue-grass band—something I dreamt of doing for a bit. Then I found that I couldn’t listen to the sound of myself playing violin poorly. I struggled to learn new songs with very simple notes, never mind the unfamiliar movements of my arms while playing.

I didn’t like violin because I didn’t have any natural talent at it, at least to my ears.

Meanwhile, I found a few months ago that I could keep a beat on a set of drums with a certain amount of focus and the sound I was able to make was pleasing, so I’ve been slowly working my way into drumming and enjoying it, just as a hobby.

This correlation also strongly relates to my struggles with marketing in my freelancing work.

As these ideas relate to yoga, I took dance lessons from the age of ten to about 19. At 20 years old, I started doing yoga. While I was never the most talented or flexible dancer, moving from dance to yoga didn’t require much effort at all.

Flexibility is the first thing most people think of when they’re new to yoga and I already had that. I moved fluently and followed directions because I already had awareness about how my body moved.

Balancing out our sides—doing the same action on both sides of our body—is as important in ballet, at least barre work, as it is in yoga. So for me, moving from dance to yoga was an easy decision.

So, what can be learned from this idea that all people like to do what comes easiest to them and avoid that which is difficult for them?

First, it’s not wrong to do things we like doing because we’re good at them.

It makes life sweet, enjoyable and gives us confidence. We should not do things if they diminishes our quality of life or makes us miserable.

As with my violin/drumming example, I changed my perspective on what I wanted. I wasn’t put off from music, I just found the path to music that made me happier and came more naturally.

As with my resistance toward marketing, I’ve changed my perspective and approach to make it more manageable and something that I feel good about—something that feels genuine for me. That doesn’t mean it is easy for me but I know that doing it will improve my quality of life.

This makes me think of priorities and delayed gratification.

It is important to place our health and wellness high on our priority list, even if this means changing our perspective or priorities. With our focus on health it will allow us to do all other things well in our lives, especially as we get older.

It’s okay to delay the gratification of feeling healthy and well for a little while—feeling challenged as our ego takes a few hits—as the movements of the yoga poses are learned.

Much of getting good at a physical activity—even marginally so—is largely about muscle memory—getting the imprint of the movement in the body, so that the action itself isn’t strange and complicated anymore.

Making these changes could be the most important thing we do, whether it relates to yoga or something else.

We may find yoga hard to do or maybe it’s not as bad as we thought.

It really depends on our priorities and perspective. In any case, we will have tried.

We’ll have made the necessary attempt toward change and that counts for a lot.

As a yoga teacher, I’ve learned that it is less important to get our nose to our knees than it is to have a healthy spine and back. Is it more important to have strong, long muscles, wake up in the morning without pain and have a few moments at least one day a week to focus on our breath—letting our mind calm down.

I’m in awe of my students who struggle with both flexibility and strength but still come to class every week because they make the necessary attempt to change, no matter the results. From them, I learn about doing something that’s difficult and possibly not much fun because it is important and necessary to their lives.

So if you think you aren’t flexible enough for yoga but you want to do it, think about the inspiration you could be giving other people.

You’ll lead by example—doing something that’s difficult because you wanted to do it and thought it was important to the quality of your life.

On Behalf of Inflexible Yogis Everywhere. 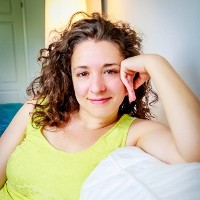