Yes, I give out Clean Syringes. No, it Doesn’t make the Heroin problem Worse. 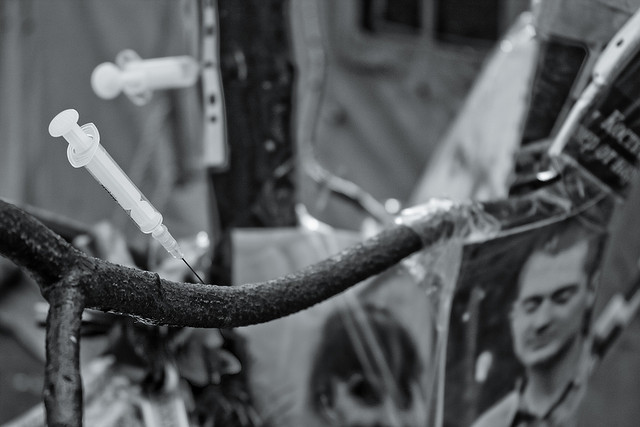 When I tell people I hand out clean needles to injection drug users on the weekends, “No, you don’t,” is usually the first response I get.

This response is usually followed by, “But, doesn’t that encourage them to use drugs? Doesn’t it make the problem worse?” In case you are thinking along the same lines, the answer is no.

But here are a few things I believe do exacerbate heroin use:

1. Addicts with little to no health insurance/funding to afford access to drug treatment programs.

2. Treating addicts like criminals, instead of humanely treating their addictions.

3. The stigma in our society that surrounds a “dirty heroin user” when they go to seek help.

4. Unavailability of research-based effective treatment programs in the United States, such as Heroin-Assisted Treatment.

Syringe exchanges, like the one I volunteer at, fall under the principles of harm reduction.

I was first introduced to this concept by one of my colleagues, Kevin, who also helped spark my interest in several other drug policy issues. Throughout his article, The Social Construction of the Disease of Addiction, Kevin makes several powerful statements that truly resonate with me, including this quote:

“We’re at a point now where I believe almost anyone, at the right moment in time, could be diagnosed as an addict. How many people have been weekend warriors, including Thirsty Thursdays, only to find a spouse, children and a career later on and in all that meaning, find the ability to stop? How many people go through rough patches in their lives, yet find their way around the treatment industry, and manage to fix their problems on their own?”

Having graduated from West Virginia University, which has been voted the number one Party School in the Country on more than one occasion, I could relate to this statement in a very real way. There were certainly weeks that turned into months of binge drinking, where a doctor wouldn’t have hesitated to diagnose me as an addict. But, as Kevin says, there is one large problem with this diagnosis:

“There is a draw to using Disease Theory as a way of allowing for compassion. Now, it isn’t the persons fault. They couldn’t and can’t help themselves! It allows people to continue judging other’s behavior while eliminating fault and blame and allowing for socially acceptable empathy. The problem is, it takes away responsibility and efficacy from the person who is suffering. Which just so happen to be the two main ingredients in recovery…”

Boom, he nailed it.

He perfectly explained the way I feel about addictions more articulately than I ever could, right down to one of the last statements in his article, which reads:

“By understanding addiction as related to relationships and identities, we can better understand how people really change their lives. How people heal. No more stigma, no more labels, no more genetics and bad neuroscience.”

I became hooked on this philosophy and wanted to help addicts around my area in a way that was useful but not harmful to them.

But how? For that, I went back to the harm reduction concept.

An example of harm reduction to a non-drug user would be your significant other spending Friday evening running all the errands you are too tired to do after an extremely stressful work week. It doesn’t solve your work issues, but this act of kindness prevents you from having a nervous breakdown. (Put a ring on that partner if you haven’t already.)

Harm reduction isn’t ignoring that addictions are problematic and deadly, it’s recognizing that other serious problems stem from drug use and need to be addressed—not ignored.

This is why syringe exchange programs give out aids such as clean aluminum cookers to prevent the spreading of bacteria, clean needles to prevent the spread of diseases like hepatitis and HIV and Naloxone, a prescription drug that can be administered to reverse the effects of opioids in an overdose situation.

If syringe exchanges could speak, I believe they would say something along the lines of, “Hey, I’m not saying I condone or approve of your addiction, but I don’t think you need to die while you are trying to work it out.”

I’ve experienced a great sense of community from volunteering at my syringe exchange. Many people feel comfortable asking about drug treatment programs here because they consider it a safe place. They feel they won’t be judged or jailed by us if it doesn’t work out. They feel more comfortable confiding in those who care about their safety and realize their addictions don’t define them.

This isn’t to say that working at a syringe exchange is all rainbows and butterflies.

I don’t get a warm and fuzzy feeling when I pack a plastic bag full of 50 clean syringe needles and send a person back out the door to meet their drug dealer somewhere. But, what makes me feel even worse—down to my core—is considering the hardships that person faces on a daily basis: the judgmental looks they get when they walk down the street, the needles they use and share that could be riddled with deadly diseases and the rejection they face when society’s cookie-cutter 12-step program fails them yet again.

And what makes me feel a little better is sensing that, at least for a brief moment, that person felt more like a friend than an addict, worthy instead of useless and a human rather than a hazard.

From User to Abuser: How Society helps Create Drug Addicts. 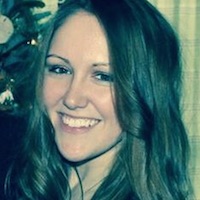