1 Essential Step to Living Your Dreams. It’s Not a Secret. 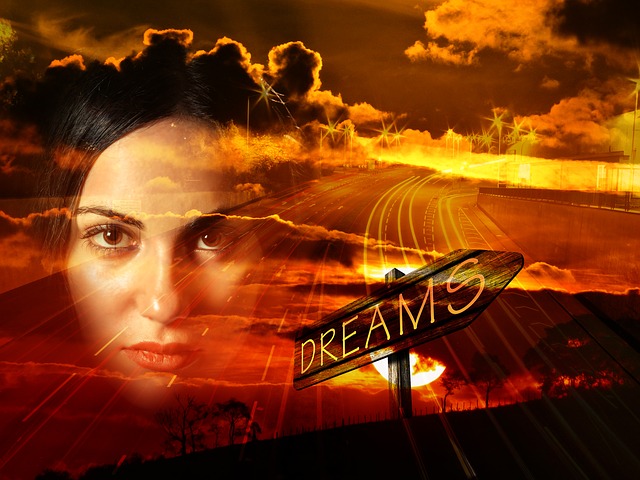 When I was a child, I dreamed of something completely out of reach.

Every spare moment I had was devoted to lucid and nighttime dreams of the day I would be a writer.

In my naïve way, I believed that when one became an adult, dreams magically became reality. And that was because I thought that adults had the power to create anything out of thin air. I saw it all around me, read about it in books.

All those adventurers, inventors, artists, writers, dancers, and bohemians had somehow created their own destinies. I couldn’t wait to grow up and become master of my own.

Steinbeck, Dickens, Hemingway, Potter, Tolkien, Austen, Poe, Bronte—geniuses of their craft, my heroes and heroines—gave in to their art, gave all to their art and made space for the only way they could breathe.

I not only wanted to write like they had but also wanted to know by what internal force they managed to remain undeterred from their goals.

Reality hit fairly hard when as an adult, I struggled to discover what others knew about manifestation. I decided that I was in the wrong group of adults—the group that had not been handed the right opportunities and skill set for dream building.

My dream of being a writer was shrouded in an impenetrable mist.

I’ll admit right here that I have read many books about the alchemy of creating something out of nothing. I am practiced at casting spells, I’ve meditated, envisioned, and followed the ‘secrets’ to the secret of manifestation.

I’d envisioned myself as a writer; it was something to attain, to become, to create in my life, to let the Universe know that I wanted to align with.

Don’t get me wrong, there has been some excellent advice on the art of creating our own realities, but I was missing one important ‘aha’ moment that came to me last year when preparing for a spell I was to cast for a friend. Ready?

I am the alchemist, the philosopher’s stone, and the base metal turned to gold all in one.

I am all of the magic.

There is no separation between me and my dream.

Before I understood this, my dream was outside of me. I was here, and it was there. I was continuously after it. Every philosophy I had studied had me struggling with this feeling of separation.

When you chase something, it runs away from you. All I needed to understand was my oneness with what I had been attempting to actualize. Manifesting is based on the belief that what we want is not in the physical world, it needs attracting from the immaterial world to the material.

The moment I was born, my dream and I became one. It was in the material world, there was no longer a need to continue trying to make it real.

I am the dream. So simple!

Once I knew that, I felt an incredible peace. I no longer had to chase anything or wonder if I would ever catch it.

And here I make the distinction once more—I did not have the dream inside me, I was it.

This is very important because when you have something, you can lose it, but when you are it, you can release the fear that one day it may not be yours.

So now, I did not have fear to fear.

I also did not have to worry about anybody’s opinion of whether I would achieve my dream. Because others will tell you their limited view of what you can achieve, whether you want to hear it or not.

I did not have to worry about my own opinion either. No more arguing with my doubt. No more hoping. No more asking myself every day if I still believed.

I am the dream. That is all I needed to know.

The only thing left to do, ironically, was to just live what I was. And so I began.

That very day, I declared to the Universe, “I am a writer.” No additional words were spoken, such as, “If I can find a way”, or, “When I get paid to be one”, or, “When someone publishes me.”

It was the first day that when someone asked me what I did, I responded with an ‘I am’ instead of ‘I’m working on being’.

I realized that I had put myself at the risk of sounding ridiculous when I said that because the next question is invariably, “Oh, what do you write?” Because the other person’s expectation will be that you are doing it on some kind of professional at it, are earning an income from it, etc.

Here’s the good news. Their expectations are none of your concern. You’re only concerned with walking your truth.

It does not matter which dream you are, this applies to anything anyone could ever decide on as being.

Want to climb a mountain? Invent the next great thing? Become a wanderer? Buy one hundred acres and raise goats?

I’ve always written and already knew the joy of living my dream in moments. But claiming that I was the dream was new to me.

Filled with my new realization I wrote from an entirely new place. My life took on the color of living my most sacred path.

When you live who you are, magic happens. Opportunities arrive. The gift of who you are unfolds.

Because we live in a physical world, we still have to perform the physical act of what we wish to do. I still had to dedicate myself to my craft, there was no genie to write for me. However, I was entirely clear on where I was going with my writing, and a herd of wild horses could not deter me from what I’m here to do.

When you know that you are your sacred path; that you came here with a unique gift to share with the world, and that there is no one else on the planet who can do what you came to do, nothing will be impossible.

You will work hard, you will sacrifice, you will hear all kinds of advice, and you may do it badly before you do it well, but you will do it.

So go ahead. Just say it. “I am the dream.” They will be the most powerful words you have ever spoken. And the world will be a better place for it.

You are the dream we’ve all been waiting for. Walk your sacred path.

7 Habits of a Solitary Witch.