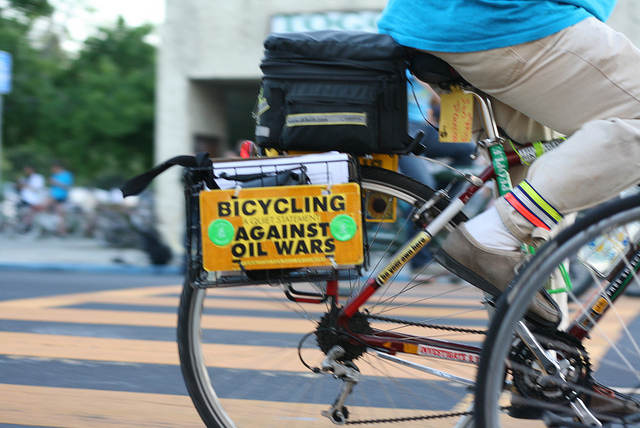 Imagine being able to power your home for a day, after just one hour of exercise pedaling a bicycle.

Sure, to us first worlders we think,“well I shouldn’t have to work for my electricity.” But this could be revolutionary for much of the world, that doesn’t take electricity for granted.

Hell, if I had the option, I would take it. It’s brilliant!

Meet Manoj Bhargava, the creator of 5-Hour Energy. He’s worth four billion dollars. And he says “that’s about four billion more than I need.”

He’s the man who has developed a stationary bicycle that he says can power homes for a day, with just one hour of pedaling.

In a world of huge inequalities of wealth distribution, this guy is using his fortune for good.

Bhargava is on a mission to change the world, and help those who don’t have access to the things we take for granted, electricity, clean water and exploring clean, geothermal energy. He went to Princeton for a year, then dropped out stating “boredom.”

He then spent 12 years traveling around his native India, living in ashrams, places dedicated to spiritual life and service.

Now he is pioneering changes that could revolutionize life in many countries where electricity is a privilege. The bikes are equipped with Free Electric batteries, which charge up and then power our homes after pedaling. Not only has Bhargava designed the bikes, he plans to distribute 10,000 of them for free around India.

He believes the bikes can be manufactured for around $100, and anyone capable of repairing a bicycle could perform the maintenance on them.

“Pedaling turns a turbine generator that creates electricity, stored in a battery. The first 50 bikes will be tested in 15 or 20 small villages in the northern state of Uttarakhand before a major rollout in the first quarter of next year.” ~ Manoj Bhargava

This could positively effect millions of people.

Bhargava stated in a documentary, “If you have wealth, it’s a duty to help those who don’t. Make a difference in people’s lives,” he says, “Don’t just talk about it.”

I am with you Mr. Bhargava. In this world of hipsters and people who do a lot of talking with no real action, my faith in humanity sometimes wanes. It’s refreshing to see someone so dedicated to helping others who need it.

The doubters of course, don’t believe that this will resonate with the rural poor in India. “The poor…want grid-based power like urban households that can run TV sets at the flick of a switch,” says Lydia Powell, senior fellow and energy expert at the New Delhi-based Observer Research Foundation. To me, this seems a bold statement—if I was poor without power, (which I have been), I wouldn’t be picking and choosing where I could get my electricity from.

Bhargava’s companies are also exploring ideas for drought problems with the Rain Maker.

They are building the Rain Maker to convert 1,000 gallons an hour of any kind of water into drinkable water. Bhargava says potable water could be piped from offshore barges with this machine, now being tested at a desalination research facility in New Mexico. That’s a lot of water—and having spent a few years in California recently, I have sadly watched the effects of the drought firsthand.

Energy? They are exploring ideas there as well, of using a graphene cord to pull up the heat to the surface, rather than the process geothermal uses, where steam and chemicals are used. He notes graphene, stronger than steel, is an incredible conductor of heat. And cleaner.

Imagine facilities distributing this clean source of energy, rather than coal, fossil fuels and natural gas—all which pillage the Earth in the process.

The ideas being explored here amaze me, and inspire me to push myself to be better and spread whatever good I can in the world, with the little I have. My inner conspiracy theorist cries out that someone is going to off this guy before he changes the world.

Funny enough, he said the same, being aware that his bold ideas could upset a lot of heavyweights in the world of geopolitics. Hopefully, this brilliant mind keeps himself safe, and affects some change.

Earth has been waiting for you Mr. Bhargava.

Renewable Energy isn’t as Hopeless as we Thought.