A World so Different from Mine. 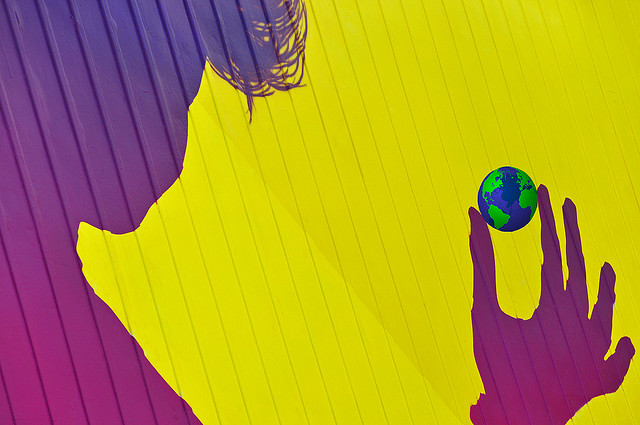 I turn on the radio, and my heart hurts.

I scroll through my Facebook newsfeed, and my heart hurts.

I watch the interactions that take place at my children’s school, and my heart hurts.

My heart hurts for myself, for the people I love and for the world we live in.

My heart hurts because–-I want to live in a world so different from mine.

A world where judgment and ridicule no longer exist. Where differences of thoughts and opinions are met with acceptance and appreciation. Where people seek to understand, instead of assuming that which cannot be seen.

Imagine a world filled with genuine curiosity—where people ask hard questions, because they have a burning desire to know the answers. A world guided by open minds and open hearts—instead of greedy hands and hurried feet.

With efforts to lift each other up instead of tearing each other down, the world could be void of competition. People could celebrate each others successes, instead of using them as a gauge upon which to measure one’s own failures.

I want to know hearts that are bursting with compassion and empathy, instead of bitterness and hate. Hearts that value a listening ear over a sassy mouth and a gentle touch over a strong, steady handshake.

What if love meant more than fluttery feelings or an acceptance void of action? What if love was shown through pouring oneself into the service of others without hesitation or expectations of personal gain? What if love meant seeking out deep, intimate connections with others, who are nothing like you, because you have an unquenchable thirst to know their hearts?

I see a world where “crazy” is the new sexy. Where the intricate workings of a brain, crafted uniquely for its master, is lusted after the way breasts and abs and a nice ass currently are. A world where mental health is cherished the way physical health currently is and where mental illness has no stigma attached.

I envision a world in which real is the new perfect. Where people strive to peel back the masks that hide them, instead of desperately seeking to obtain a false standard of perfection that exists only in our mind’s eye. A world where vulnerability is cherished, respected and sought after. Where strength is found in a shaky voice, quivering hands and an unsure step, as feet courageously walk through fear which used to paralyze their owner.

Picture a world where wonder trumps certainty—and wondering hearts can be set free. A world where adventure and spontaneity are evidence of a rich and full life, instead of demonstrations of reckless and irresponsible behavior.

Can you imagine living a world without loneliness or isolation? Where arms are stretched out instead of folded tightly across their keeper’s chest. A world where human connection is treasured, and a soul finds its breath in connecting with another living soul.

Consider a world where children are thought to be experts. A world that values intuition and innocence. Children could teach us what’s important in life. They could show us how to enjoy simple pleasures and remind us of the freedom that is found in living one moment at a time.

I so desperately want to live in that world—in a world so different from mine.

But right now, I mostly want to live in a world full of people who believe that kind of world to be possible. People whose hearts are hurting, like mine. People who don’t want to just sit back and wait for change to happen.

I want to be the change that happens to the world.

I want my heart to stop hurting.

We get what we Manifest: What’s In Your World? 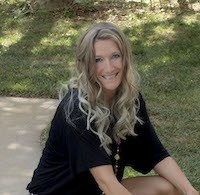