Be a Lioness, Not a Lamb: A Woman’s Guide to Dating. 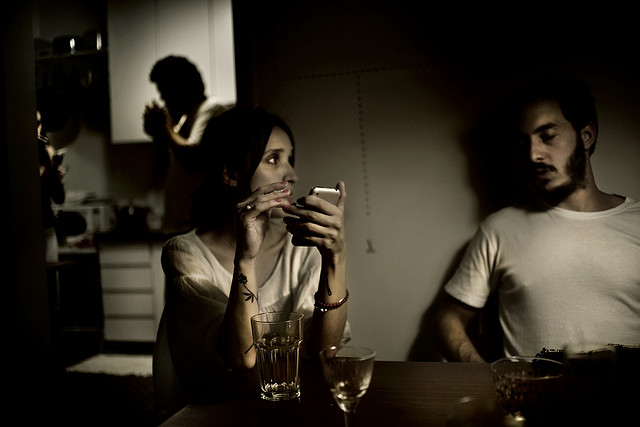 There are millions of attractive and available women who scratch their heads every day and ask this question: “Why is it so difficult to meet a great guy!”

The answer—men have become cowards and women have been passive for too long.

Yes, there was a time when a man would open a door for a woman, hold her hand as they crossed the street and call her up a week in advance for a date.

That man was taught some of the basics of courting a woman such as showing up at her door wearing a jacket, greeting her with a bouquet of flowers and announcing his big plans to take her out for a romantic candlelight dinner.

Those days are gone for single women living in the year 2015.

Not only are they gone, but so are the dates that men used to ask women on.

How many times have you gone out to a pub or a party to meet a man and given him your number?

You were sure you were well on your way to meeting him for a drink or a fun, get-acquainted dinner—only to find that he never even called to ask you out.

As a single woman, you’re more likely to have experiences where you go to a social event and see a man make eye contact with you, but not come over. Or, you may have had a man come over and talk to you for an entire evening as if you were the most charming and captivating women in the world, yet he never seemed to have the nerve to ask you for your phone number.

Or, have you ever had a man shamelessly flirt with you while talking to his friends? The typical scene is where he’s holding a drink, appearing to be engaged in deep discussion about you with his buddies as he smiles and stares at you, only to eventually walk away with his friends.

Perhaps, you’ve had this maddening experience where a man you’ve met gets your number, texts you for a week or two and never asks you out? He engages you with the most personal texting but he never makes that first move.

What is Going On Here?

The answer is complex but it’s clear that the roles and social responsibilities of men and women have radically changed over the past half of a century. It would be easy to find fault with men and say that they are shy, ambivalent, cowardly or just poorly trained.

Have the mothers of too many men, raised them to think they are God’s gift to women?

Maybe these men lacked fathers who didn’t take the time to give them a course on “Courting 101.”

Or, is today’s modern woman guilty of operating on a double standard where on one hand, she wants 100% equality in the workforce (i.e. to be paid $1 for every a $1 a man makes) yet, she also wants a man to remain in the traditional role of the pursuer when it comes to conventional dating situations?

“We are becoming the men we wanted to marry.”

Men have clearly changed their attitudes toward pursuing women. Today’s man is most likely not the man you grew up dreaming you would meet. So, it’s time for women who want to meet Mr. Right to take matters into their own hands. Stop waiting to be picked. Instead, “choose!” Now, more than ever, a single woman who wants to find a man worthy of her must take initiative in her dating life and become the “chaser,” not just the chased.

To take control of your social and dating life, you must be willing to change archaic attitudes you may have grown up with. In your grandmother’s day and even in your mother’s day, women had this notion that it wasn’t “feminine” to approach men directly—it was “rather forward.” Some thought that only “loose, easy” or desperate women did that. The result is that many women still have a feeling in their psyche that a man should ask me out; and, that only women who are undesirable and unattractive stoop to approaching a man or calling him up.

To find the right man, don’t allow a few unsuccessful experiences where you initiated and failed to meet a particular man, cause you to quit being the initiator. It’s easy for a person to allow rejection to undermine their confidence. After failure, one attractive woman said, “Well, I remember walking up to a guy and trying to meet him and he just wasn’t interested.” Or, “I remember calling up a man and asking him on a date and he refused. So, I’ve tried that and it doesn’t work.”

It would be more correct to say, you’ve tried it a few times and it wasn’t successful.

Many women are so devastated by rejection that after being rejected a few times, they call it quits. Most women don’t realize that rejection is part of the socialization and dating process. It happens and it’s not personal. After all, most of the time that the other person rejects you, they barely know you. Don’t forget, they have a right to their preferences—just as you do. Most men are not phased by women rejecting them. They may not like it but they expect it. It’s just part of the dating process. Many men ask for a date with a mindset, using the old acroynym, S W S W S W N, which means: Some will…some won’t…so what…next!

Be a Lioness—Not a Lamb

We live in a competitive world. If you don’t ask, you won’t receive. Women have been more rapidly climbing the corporate ladder and becoming entrepreneurs because they understand they must assert themselves to get opportunities, make more money and achieve greater power and position. Many of these women have the courage of lionesses.

If you’re single and want to find a wonderful love relationship, you must be a lioness in your social life as well. That means that today’s assertive woman proactively meets a man she desires. She does not stand around like a sheep and wait for a kindly wolf to approach her. She has the self-esteem to approach exactly the kind of man that she thinks she’d like to meet.

6 Ways to Meet a Man You Desire

To implement these suggestions may call for the leopard to change her spots. But remember, lionesses are the most successful hunters in the jungle.

Learn how the planets may be affecting you, and whether they may be bringing a relationship into your future – by going to FREE Transit Calculator and entering your birth date. And, if you’re curious to learn more about your personal Horoscope and what it says about your love relationships, career, investments and health in: Order your customized Report: Your Horoscope & Future in 2015-16. Or, a report on Your Love Compatibility with another person.