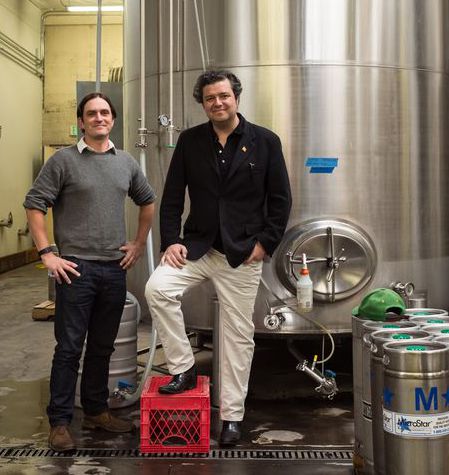 Editor’s Note: elephant journal did not receive any product and was not compensated in any way for this article.

Artisanal sodas are everywhere these days, stocked on the tight shelves of your local organic market as well as in the massive aisles of Walmart.

Sales of traditional soda are declining, while sales of artisanal soda are rising. We wanted to learn more about this trend and maybe get in on the action, so we talked to our new friends at Portland Soda Works in Portland, Oregon. They told us about their brewing processes and gave us some easy tips to create sweet and bubbly soda syrups at home.

Dan McLaughlin and Chris Onstad established Portland Soda Works in 2012 to concoct small-batch handcrafted sodas using all-natural ingredients. In my conversation with Dan, he told me that he and Chris were working to create the “Belgian beer of soda.”

A lot of the initial inspiration for the company came from Chris, who was working as a food critic at the time. He noticed that when he visited restaurants, he couldn’t find a decent nonalcoholic beverage on most menus. And he wasn’t about to pair tuna tartar with Mountain Dew. Seeing the need for an elevated, high-quality alternative to popular sodas, Chris started Portland Soda Works, and Dan soon joined him in the noble endeavor.

How did Portland Soda Works evolve? According to Dan, he and Chris started by “tinkering in our kitchen for fun; we wanted to create interesting flavors.” Then, after a lot of experimentation, Chris enlisted his chef friends to help refine the flavors. Within a year, Dan and Chris had a handful of different soda syrups, and they began sharing them with friends at parties. The syrups were a big hit. Before long, local bartenders began requesting syrups to mix with their cocktails and kegs of soda to serve to their non-alcohol-drinking customers. Dan says, “We never meant to make a business; we just had a passion and a hobby, and then it took off.”

Portland Soda Works’ syrups can now be found in Portland-area natural grocery stores and co-ops, and the brewer is expanding to other cities in Oregon and Washington. Over time, Portland Soda Works has transitioned to only selling syrups. Dan says, “We tried some bottled soda, but we found it was easier and more elegant to sell the syrup so people can essentially create their own cocktails or sodas. You can buy a bottle of soda syrup, and then you can have your own soda fountain at home—you can be the soda jerk.”

I asked Dan to share some soda-making tips in case you’re motivated to brew your own soda syrups at home. Below are six hopefully helpful guidelines.

2. Use a wide range of spices, but avoid bark dust. When Portland Soda Works began creating its recipes, Dan and Chris sampled countless spices from all over the world. They tasted sarsaparilla from India and Mexico and vanilla from Madagascar and Tahiti, and they discovered that flavor variations can be quite extreme depending on the country of origin, the harvest month, and farming practices.

After much testing, they settled on the right sarsaparilla for their root beer. “For us, it really has to be organic Indian,” says Dan. “I won’t identify any countries, but there are some herbs that just taste like bark dust. I mean, you might as well just go to a pine tree, scrape off some bark, and boil it up.” In the case of vanilla for the brewers’ cream soda, they ended up creating a custom blend of the Tahitian, Madagascan, and Mexican flavors. Keep in mind that your perfect flavor may not be available forever. Dan cautions, “You can order from the same country, from the same farm, two different years and the herbs can have two completely different profiles.”

3. Experiment—a lot. To start, brew four or five, four-ounce servings of strong single-ingredient teas (herbs steeped in water for five to 10 minutes). Then, mix them together using different proportions and flavors, a teaspoon at a time. Dan and Chris bought hundreds of different herbs and spices and combined them until they figured out which flavors complemented one another. Dan advises, “Just try to get creative. You never really know how things are going to play together until you actually combine them. I think it’s best to think outside of the box and try things that you think wouldn’t work together.”

4. Visit your local spice shop. Spice shops are a great resource. Dan shares that the company’s local spice shop was a huge help when he and Chris were getting started, providing expert guidance and nerding out with them on flavor profiles and sourcing.

5. Be open to different organic sweeteners. More often than not, Portland Soda Works uses organic cane sugar because it provides a neutral base and doesn’t add any extra flavor. But it also uses cane sugar, brown sugar, coconut sugar, and molasses. According to Dan, “Different sweeteners bring out different flavors, and the sweetener is just as important as the other ingredients.”

6. Use the equipment you already have. If you’re making soda syrup on a small scale at home, you can use a tea ball or brew bag to make the sweet teas. Then you can use a SodaStream or carbonated water from the store to turn your syrup into soda.

See the recipe from Portland Soda Works below if you want a little nudge to get started.

Portland Soda Works shared one of its top-secret and most popular syrup recipes with us. Now’s your chance to learn to make Hoprose—a soda syrup flavored with hops, rosehips, and rosebuds—at home. Whip up this syrup and mix it with sparkling water or your favorite spirit (Dan recommends gin or vodka).

Yield: Approximately 1/2 gallon of syrup to mix 1:7 with sparkling water for soda.

1. Insert the hops in one tea ball or in a brew bag. Combine the rosehips and rosebuds in another ball or bag.
2. Add the water to a large pot; then add the rosehips and rosebuds. Turn the heat to high. Do not add the hops at this time, as boiling pulls out the acidity in hops—which you don’t want.
3. Bring the water to a rapid boil; then remove the pot from the heat. When the boiling has subsided, add the hops.
4. Cover the pot and let the hops, rosehips, and rosebuds steep for 10 to 15 minutes.
5. Remove herbs, add sugar, stir, then taste.
6. Let the mixture cool, pour it into glass bottles, and store the bottles in the refrigerator. Use the syrup within two weeks of making it. The shelf life of a hops-based syrup is shorter than the life of some other soda syrups.

To make a sweet soda, add one ounce of syrup to seven ounces of carbonated water. Use less syrup for a milder taste. Or, spike your beverage by adding the syrup to gin or vodka.

* Portland Soda Works uses a combination of Cascade, Citra, Willamette, and Athanum, but you can use any variety of hops as long as they’re fresh—meaning that they’re loose or whole rather than pellets. You can find fresh hops at your local brew shop or online.

Not Being an A#%hole is Good for Business. 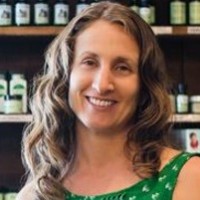 Mara Rose is the founder and CEO of Hatch Lab, a Boulder, Colorado company that partners with expert food artisans, farmers, and herbalists to teach you fermentation and canni… Read full bio