Can’t Decide if you should Claim Her—Ask this One Question. 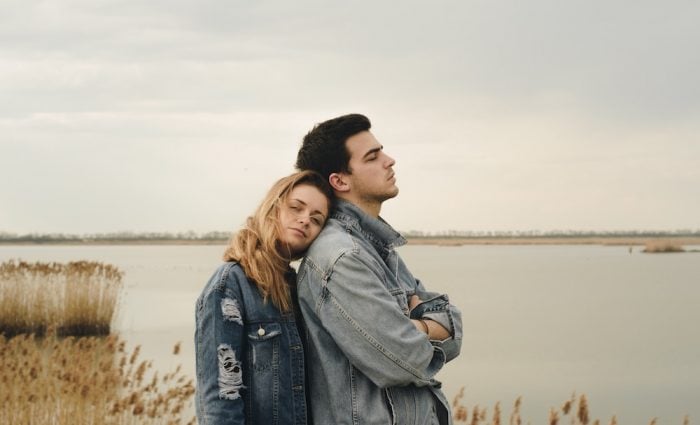 “If she doesn’t scare the hell out of you a little, she’s not the one.” ~ Unknown

In terms of the heart there is only one question to ask—do you want another to take your place?

Love is never easy—and it seems that the longer time goes on, the more difficult it becomes.

While true of love can’t be rushed, at some point we need to make a choice.

To love her or to leave her.

Within the quaky boundaries of tangled love affairs there rarely exists an easy ending.

There is the off again, on again, never really able to let go type of romance which is the most painful—but also is the most intoxicating.

But, the simplest question we need to be asked in situations such as these is: do you want another to take your place?

Can you picture your life without her or hers without you?

Can you move forward in this life never staring into her eyes again or hearing her laughter pierce your heart?

It’s not because she doesn’t care for you, or because she wouldn’t move mountains to make things right, but simply because she is worth more than a maybe.

While you may not be able to decide, the question to ask is: do you want another to step in where you were unable to step up?

If the thought of another man taking her hand and kissing her senseless makes you quiver with anxiety and a stomach sick with regrets, then you already know your heart can’t let her go.

She deserves more than halves and pieces—but you knew this already.

It is your inability to decide that tells you that she is of a higher carat than all the rest—and while she may make you question everything about yourself—she is also the answer.

This isn’t about the inner battles of feeling adequate enough or wondering if you’re what she needs—because if she has chosen you, then you simply have to trust that you already are.

It’s not even about knowing how it will all work out, but knowing that your life just won’t be the same without her.

While it can be scary to make the decision to love, making the choice of never knowing is one that will create eddies of instability within your soul.

For sometimes the only way to know what a woman means to you is to imagine what it would feel like to lose her.

Being afraid is an easy out, but it’s not one that will last forever.

If you find yourself here in this moment with a woman who seems to have gotten under your skin—then there is nowhere to go but even deeper.

If the thought of her holding another’s hand and letting him touch all the soft warm places on her body—that your hand loved to roam—causes no discourse in your soul, then by all means let her go.

But if you can’t imagine her with anyone else, then maybe it’s time to do something about it.

She has been there waiting for what seems like far too long and while you’ve balanced on the line of knowing and confusion the most important thing to remember: the wrong man would never have questioned his ability to be the right man for her.

No, the wrong men line up in arrogant facades presenting what they think she needs because they aren’t truly interested in knowing what dances behind her eyes.

Only the right man would doubt his ability and his worthiness of her.

For it isn’t the boastful that catches her heart, but the sincere.

Because if you can’t let go, then maybe it’s time to start holding on.

This isn’t about past situations where you both knew you are all wrong for one another, or the relationships that have ended, with scars yet to heal.

This is about the love that has been left waiting in limbo.

The choice to chase after her, or to let her go.

Real love never gives ultimatums, nor does it pressure someone—it’s simply there.

But even if it’s a constant that you could set your watch too, that doesn’t mean it should ever be taken for granted.

You have found a woman who you just can’t quit—a woman who sets the fire in your soul, and who challenges you to be a better man. One who is there for you even when it pains her to be, but yet is always welcoming with understanding—then you have found it.

For we can’t ask for more than acceptance of who we truly are, and if a woman has stayed loyal without any reason to, then that is the woman who deserves the world.

But the thing is—so do you.

You deserve the amazingness of this woman and the world that she spins. You deserve her care and her understanding, her passion and her sensuality, her thoughtfulness and her hope.

Not because she is perfect, but because it is your fears about this woman that tells you she is something different.

And while years could pass and she could still probably be there—we both know a woman like this deserves more.

So, sometimes the only question to ask is if you want another man to have her?

Do you think another man could know her heart like you do and accept her for all she is?

If you think another lover would better treasure her soul and her body, then you can let her go with an easy heart.

But, if not—then you know.

She’s not one to simply let go—at least without first trying.

He Loved Her Like This…
See relevant Elephant Video

The One Buddhist Red Flag to Watch Out For.