Compassion in times of Strife. 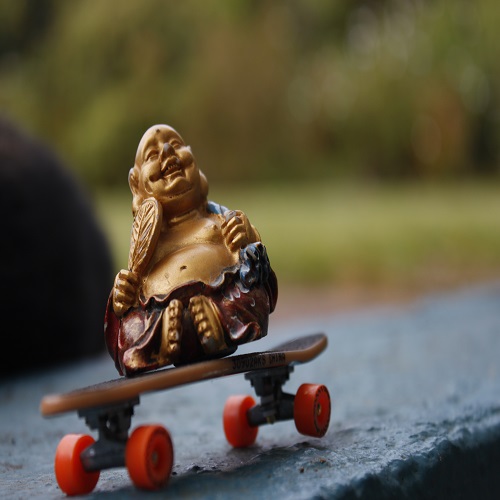 As I began to contemplate how I would fare eating through a tube for the rest of my life, while the echo of my trembling knees rumbled in my ears, I feared that my short time on this planet may cease right here and now.

To explain my situation, I had just entered the local skatepark, which I consider a second home. Shortly after I entered I was approached by 12 typical thugs, pants at the floor and bandannas around the neck.

My attempts to avoid them were in vain as the gang slowly began to encircle me. My ensuing panic made me gaze across the road, and at the opposing sidewalk, hoping I wasn’t alone here, but there was not a soul in sight.

As the leader of the meatheads approached me, he quickly stripped me of my skateboard, intending to use it as a weapon. The leader began to bark incoherent threats, as I placed my hands above my head. As my heart began to race, I spoke surprisingly calm and clear, saying that I had no intention of causing trouble and only wished to leave as quickly as possible.

Now for those of you who know me, you would know that I am a pacifist who spends the majority of his time either sitting at home with a pot of tea and a stack of Dalai Lama books or meditating. I would rather live as a compassionate and loving individual then impose fear and violence to gain control over people.

As the main thug prepared to break my head in two with my own skateboard, he put it slightly too close to my body, and I managed to take it from him. The smoke trail from my exit was reminiscent of the old Looney Tunes cartoons, as I put as much distance between me and the park as possible.

Within half an hour I was in a police station, a small room which has claustrophobia written all over the walls. Upon my entry I was so frightened of the repercussions of turning to the police that I did my best to hide my head under a hood. Still shivering from the amount of adrenaline in my veins I shook the entire way through, trying to remember details from the day as if they were 10 years ago.

Then came the hard part.

Over the last year through spiritual practice and much personal growth I had reached a point in which I felt confident and happy with who I am. I replaced my former artistic drives of anger and frustration with a much more positive energy. However as paranoia and anxiety seeped into the new formed cracks in my mind, I began to suffer bursts of anger and panic attacks, as I felt my sense of control slip away. I felt genuinely weak, my usual walks to the supermarket by myself  became a living nightmare. I even considered missing my final ball, as I was in such a state of paralysis.

This is when I realised something. As the days went past more and more people approached me, who felt legitimately concerned for my well being. The 12 losers who caused all my tears, were soon outnumbered by the masses of family, friends, teachers, shopkeepers, and even acquaintances whom I hadn’t spoken to in years offered support and love through my time of need. As a flowing creek overcomes its dams, my compassion and happiness began to flow back, and a genuine smile returned to my face.

In the Chinese cultural revolution which sadly resulted in the persecution, slaughter and torture of many innocent Buddhist monks in Tibet, one of those captured was his eminence Lopon Tenzin Namdak. The brutality of the Chinese forces led to Lopon spending 10 months in captivity, where he was tortured ruthlessly and forced to denounce his own religious beliefs.

When he finally was freed, many people approached him and asked if he felt fear during his time in prison. He responded by saying, ‘’The only thing I feared was that I would lose my compassion for the guards and all those around me.” No matter how compassionate a human being we are, no matter how much good we commit on a day to day basis, we will always run into strife. There is simply no avoiding it. But if we show genuine compassion and care for those around us, we will always have support in our darkest times. It is also to remember to not limit this to just our friends and family but everyone we meet.

As our society continues to grow, it is easy to become focused on our personal needs and desires, but through committing acts of love and selflessness we will never be alone in this world. The media bombards us constantly with images of violence, enforcing this stigma that men are not men unless they engage in acts of violence. Does our society really believe that diplomacy and pacifism is still a sign of weakness? Popular shows, such as Game Of Thrones and The Walking Dead show us that violence is imperative in protecting our families. But why is it that we are so fixated on the idea that violence is so important? Are our barbaric instincts still so strong that we cannot see the morbidness in our way of thinking? Of course there are times that violence cannot be avoided, but it seems that much of society relishes this, as if we wish turmoil to come our way.

We can see how apparent this is in the continuing debate for gun control in the United States. Currently marketing campaigns are in place which target selling lethal weapons, such as rifles to children. So now our violent attitude is compromising the innocence of our children. Where do we draw the line between realistic precautionary measures and a violent obsession which will continue to corrupt our morality, replacing our natural sense of compassion with an unrealistic paranoia? Since Sandy Hook in December, 2012 the United States has faced 74 school shootings, a number which sinks into the abyss of forgotten news stories. Are we really at a point where school shootings are normalised? As our youth suffers at our own corruption, the gun laws in the U.S. continue to stay the same.

But to digress from the legal point of view, the continued increase of a violent obsession is not only harming us, but those around us. Our society has definitely transcended into a more peaceful era since the days of clubs and rocks, but we still hold tightly onto our savage ideals.

It is important to be able to defend oneself, but I truly believe that in terms of our general mindset and approach to situations, we as a people need to understand and focus more on the importance of compassion. Had I approached my situation as some kind of test of manhood, I would surely not be here writing this today. It is also of great importance that our compassion is not only for our family and friends, but for everybody, including those who hurt and attack us.

Contemplating what terrible circumstances could have led those who assaulted me to lead a life which justifies assaulting an 18 year old student helped me open up my heart to all those around me. However it also helped me to move forward when I soon heard of their karmic retribution, while my life returned to a state of peaceful bliss.

But my biggest lesson in my ordeal was that no matter what physical damage someone can inflict, they can never destroy a loving and positive spirit. 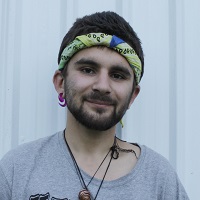