Get Unstuck: What to Do When the Hustle Doesn’t Pay Off. 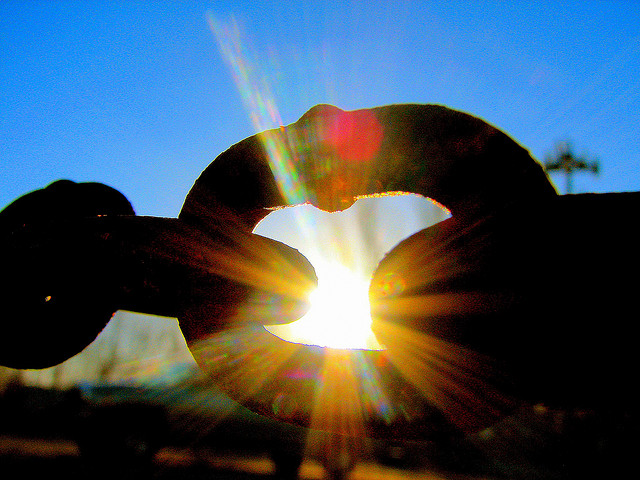 Sometimes the hustle doesn’t pay off, but we hold on anyway. We get stuck in the idea of how it is supposed to be.

When we start something, quitting it is always an option. And once a soul dons a flesh-suit, consequence is eminent and mostly informed by what is going to “preserve” the body.

We are all survivalists. There is some irony in this, because to ease tension we smoke, drink, ingest drugs and participate in casual sex. The release that comes with orgasm puts us in touch with life because it is a small death. In fact, the author Carlos Castaneda speaks of how death is our ally.

Death is our medicine and mortality is like a wound that won’t heal. That is to say, while we’re in a body, choices carry a weight that links us together in a perpetual cycle of reaction.

The cure for reaction is to get into relationship.

I’m not talking about finding a romantic relationship to live out the rescue fantasy. I’m talking about slowing down and taking an inventory of what got you where you are.

As decision-makers, we will find there are always ways to negotiate road-blocks that arise.

Sometimes, we do the same things over and over. This activity makes experts of us all. Some become experts in missing the mark, while others are powerful facilitators for change.

What I know to be true is that money is a measure for all of us. It is the simplest form of communication. Money is about speed, efficiency, and freedom.

I have been frustrated lately by the outcomes in my life. So, one morning I woke up and decided to go baptize myself in the ocean. Half of the supermoon hung in the blue sky and I saluted her with a few yoga poses. Feeling refreshed, I left the beach and headed to the Encinitas Whole Foods.

There in the parking garage was what I like to call my turning point. A beautiful matte black Tesla car with racing tires and customized rims was parked next to the elevators. I stopped and just stared at it. This is a hundred-thousand-dollar car, I thought to myself. Then I thought, Someone owns this car.

Then the onslaught came: This is bullsh*t. Where did I go wrong? What choices did I make that resulted in me worried about spending 50 f*cking dollars on groceries, and someone lives a life where they own this car?

That was the moment I had to own up to the fact that my hustle was not paying off. With my savings dwindling, my dreams dimming and having taken on the challenge of moving to a new state, I knew that my old ways of being just weren’t cutting it.

So, what do you do when this happens to you?

The simplest way to know what to do next is to think thoughts and see if they feel heavy or light. Further, be curious about what comes easy to you.

I love to write. I get told to “go do stand-up” at least once a week—mostly the voice in my head tells me that. And I love to dance. I hypnotize people with my moves.

I also had to make the decision that making money was more important than “living the dream.” A lot of people come to this, and there is a stigma around it. We all make up stories about how miserable people are in their ivory castles, but having surface relationships is way easier to fix than being homeless is.

Basically, if the hustle isn’t paying off, it’s because you don’t speak the language of money.

I myself am working to master that area. Will Smith talks about how talent doesn’t mean anything without skill and skill comes from hours of beating on your craft. In other words, it takes time to learn a language.

I understand human desire. I understand the energy of survival. And I haven’t learned the language of wealth just yet.
That person who owns that Tesla car, they are onto something.

We all tell stories about ourselves and other people.

So, the second thing you do when the hustle isn’t paying off is stop doing the same thing.

Tony Robins would say, “Figure out what that person with the Tesla is doing and replicate their choices.”

I’m a natural born innovator and rebel. For some, these traits pay well. I’d like to think I am in the middle of my journey and the wisest thing I can do is to not compare myself to other people’s endings.

So, I write this because I know that you are out there. I know some of you are just embarking on “doing your own thing so you can find out what you are made of.” Others are half-way through and ready to give up. Some won’t even start. Others will ride it out to the bitter end.

Wherever you are on your journey, I offer you this:

Pick a point of focus. Start early. Take action in the direction of your goal. You will get pulled off track. Life does that. Remember your big picture.

Sometimes the payoff is the hustle.

How to get Unstuck & Move Forward.