How I Released the Past & Learned to Choose Today. 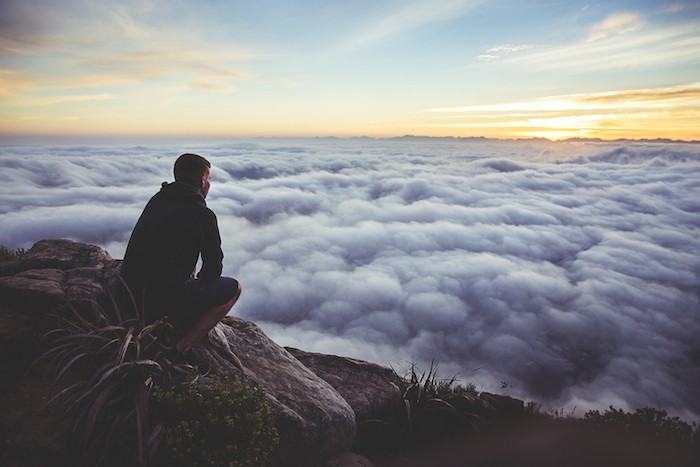 Us humans tend to beat ourselves up for things we’ve done in the past, often carrying embarrassment, guilt and memories like a giant sack of potatoes on our backs.

Every so often, we sit the sack down and let things go to no sooner pick it right back up with regrets, anger, resentments, and shame. Oh, what a beautiful word: shame.

No one seems to be exempt from it. We feed it, hate it, and give power to it above everything else at times. We create plays and dramatic events with shame as the protagonist and the antagonist. It’s a one-man show!

The reality is that we all do stupid things. We all have had moments of carelessness, irresponsible behaviors, and absolutely no regard for our psyche. I have done things that have questioned my moral compass in the past. I have lied, cheated, drank way too much, taken drugs, slept with people whose names I didn’t know.

And have adapted the most disgusting attitude condemning myself for these things.

I have sabotaged myself and relationships because I haven’t felt loveable or good enough. I had no value to my greatness for being alive.

But  the past is gone. I don’t live there anymore. Being on a spiritual path for the past few years has allowed me to let go of the shame and guilt for things that brought me here.

I wouldn’t change a thing about going from that point to where I am now.

Being promiscuous–especially when dealing with a rape I didn’t address for 18 years—is one of those things that I’ve had to accept and let go. I don’t recall the promiscuity being fun, but I do know that at the time it was an addiction of sorts. I did what I did on the down low without a single person knowing it. I purposely used sex and alcohol as an escape as well as a punishment.

Then during the years after my escapades, I became numb with my partner. He went off to do his cheating and I didn’t do anything but excuse it as “I deserve this. Years ago I did this. Now it’s his turn.”

Imagine the messed up psychological process behind it all. Imagine the stories I carried just because I thought I was not worth anything better!

My children—especially when I acquired all six of them—forced me to love harder. They took me out of my own existence and learned to love unconditionally. It was powerful. I still carried those sacks of regrets around the world but couldn’t focus on them as much because I had others depending on me. Self-sabotaging wasn’t present when they were growing up—I had no time for that nonsense.

Of course there were moments of doubts, depression, sadness and lack of self-worth, with shame constantly lurking in the distance—shame for somehow not being a good human being. But I knew without a shadow of a doubt that I was born to be a mother and that kept me going, that I could love another like no one’s business.

That I could do, and I was good at it.

For the first time in my life I had something to give that didn’t require my past. My expectations of humanity were on the right track.

Ah…those expectations of being “a good human.” Who makes this up? Who determines our worth? Who says we are good or bad?

Religion, politics, some council in the sky…I don’t know. I don’t know why we judge and criticize others based on what we truly don’t follow or understand. Our lesson here is to live and learn and evolve. How can we understand another when we don’t accept all that we are: the flaws, the mistakes, the wrong decisions….we are human.

Humans get to mess up, hurt, hate, judge and criticize all they want—the problem is when it is done towards another without accepting their own imperfections.

Fear allows us to stay stagnant because what we don’t know we cannot accept.

If you want to live a life of authentic power you have got to let go of that sack…just drop it right now! Stop punishing yourself. Stop the victimization. Stop the martyr-ship. Stop the insane self-sabotaging. Stop replaying the past.

Aren’t you here because of it? Aren’t you evolving?

Stop judging, projecting, criticizing others because of your own crap. You get to determine what happens now.

The other day when I visited a homeless shelter to drop off clothes and food I came across a young man. He was no older than my eldest son. He was lying on the cold gravel without a shirt and some raggedy shorts sucking on a candy. I asked him something and he was nasty. I remained kind with a “thank you.” He apologized. I asked if he needed anything and he replied that he was fine—but he clearly wasn’t fine. He was fractured, broken in pieces, and full of himself lying on a giant sack of shame.

The rage, anger, and self hatred could be seen from the moon.

I cannot judge this soul. I would have to condemn my own past and the times I thought I deserved nothing more than to live on the streets. I could just as well been this guy, or the prostitute on the next street, or the drug addict down that same road.

What constitutes being human? What makes us good and lovable and righteous? What did I do to make the right choices? I believe I had good people who cared and showed me their love. In the end love has a lot to do with our choices in life. We all want love and appreciation. The lost and hopeless seem to have forgotten what those things are. I am always deeply touched by this lack of knowledge.

We all deserve love, forgiveness, and acceptance. We are all part of this crazy and yummilicious human race.

Do yourself a favor: stop the self-sabotaging.

Drop the past today.

You are beating yourself up for no reason but as punishment for what has happened in your past. You got raped, molested, beaten, abused, and whatever atrocity happened to you…guess what, here you are!

Your parents didn’t love you or loved you too much and over-protected you. You got your a** beaten everyday for no apparent reason but because you were there. You lost all your belongings and monetary valuables. You lost your job. You got sick. You lost a limb, a breast, or whatever else you’ve encountered through disease. You lost your hope, your way, and your pride.

You are here and you made it through the sh*tstorm. I am so deeply proud of what you have done with your existence.

You are breathing, you are surviving, you are existing here on this marvelous earth. You get to decide what you will do from here on. You cannot continue to blame your ex, your friends, your parents or anyone else for where you are or who you are.

Find something outside of you to sustain you like the wisdom of divinity, faith, belief or whatever you want to call it. Stand in your glory and light. Embark in the mysteries and mysticism of this light. Do not allow Ego to dictate your worth.

Do not allow the media and others to put a price on you.

Get out of your own way. Stand up! Stand in gratitude for all that you’ve overcome.

Own your part in your drama. Be responsible for it all but let it go.

No one can do this for you. You get to decide what you carry around. Stop the insanity and start loving all that you have become.

Whatever you don’t like…change it!

You are not a tree rooted to the earth waiting for someone to move you.

After all, sweetheart, no one gets out of here alive…not even you!

Why Lying Broken in a Pile on Your Bedroom Floor is a Good Idea.

Burn & Release: Getting Rid of Negative Juju from the Past. 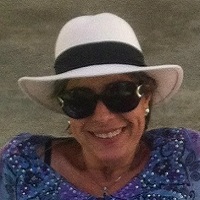