How to Move Forward Even When We Don’t Feel Like It. 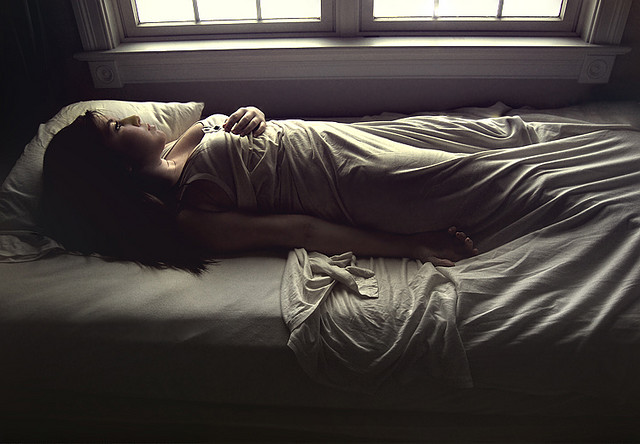 Years ago when I was in was in my mid-20s, I worked as an assistant to a successful real estate attorney.

Even though I took the job because I needed the money, it turned out to be one of the best jobs I ever had.

One of the things that we occasionally worked on was divorces. It made sense, it was a high-end firm with wealthy clients several of whom had assets tied up in real estate.

Sometimes these things were settled pretty quickly. Other times not so much. In a few cases, there were several that dragged on for years because the parties could not agree to the division of assets.

My boss, a kind man who never let the fact that he was a prestigious attorney go to his head, would often call his clients when things had been going on for a while and let them know that “it was time to move forward even if [they] didn’t feel like it”.

Despite how many years it’s been since I last saw him, my former boss’s words often echo in my ears.

Most recently, I thought of them as I attempted to deal with my father’s death seven months ago from cancer.

As I previously shared, my father had been diagnosed with stage four cancer three years ago. At the time, he was going through a rough patch, but I really thought he would live for awhile longer. To make matters worse, we’d had a falling out and weren’t in contact so, on top of the usual grief that accompanies losing a parent, I was feeling a ton of guilt and regret. To make things even more stressful, his death came 6 weeks after the birth of my son.

Simply put, if there was any way I could have pressed the “pause” button on life, I would have.

And while I knew there were practical matters that needed to be attended to, I didn’t want to do them.

If ever there was a time that I was forced to move forward with life even though I did not want to, it was then.

While my experience is somewhat extreme, there are plenty of other times where this may come up. (Prior to this, the most memorable one was moving forward from a particularly painful break-up that seemingly happened out of the blue.)

Still, the silver lining to this is that I learned some valuable lessons that will come in handy the next time. Here are some of the important things I have learned:

The first step really is the hardest one. Sometimes, just knowing what that first step is can be a challenge especially when it seems like 1000 things are happening at once—so just pick one thing and focus on that. In my case, I chose what appeared to be the most pressing one at the moment: namely, find a place to handle my father’s cremation.

In the case of a sudden break-up, it may mean gathering up any of your ex’s possessions and arranging for them to collect them.

Whatever it is, the key is not to get overwhelmed or even think too much about the other things that still have to be done. If you need to, repeat the mantra “one at a time. one at at time”, as frequently and often as possible.

While I don’t air a lot of personal stuff on social media, I found it to be very helpful when I was dealing with my father’s death. I was surprised by how many people offered help and support without me even asking. I didn’t even have to go into great detail nor did anyone ask.

If that still isn’t your cup of tea, then reaching out via calling or emailing can be useful as well. Now is not the time to worry about being a burden. The people who don’t want to or can’t be there won’t be the ones asking you to call on them if you need them. For those that do, take them up on the offer if you need it—that is what friends are there for after all.

3. Don’t be PC or focus on how you should feel.

Now is the time to feel. When my father died, I felt equal measures of sadness, anger, and relief. While I expected the first two, the third one caught me by surprise. There were also times when I felt a ton of rage which I feared totally contrasted the image of a “good” grieving daughter.

While I do think that some things should be kept away from others (i.e., it isn’t a good idea to rage about your ex in front of the kids the two of you have together) don’t push anything down.

If it’s too scary to address some of the things inside in front of another person, journaling can really come in handy. The best thing with journaling is that we don’t even have to go back and read what we wrote if we don’t want to. So just let the words flow and write as if no one will ever read it.

4.  Focus on the steps taken forward rather than the stumbles backward.

There will be times when we feel like we are stepping backwards. Often it comes up when we least expect it. In my case, I thought I was over my father’s passing until one day I was going through an old baby book of my older child’s and realized that unlike her, my son had never met his grandfather and never would.

While I had encountered other hiccups before, this one hit me like a ton of bricks. Rather than try to forget about it or push it aside, I let it be and mourned on it for a few days.

Moving forward is not a straight line, but a bit like the childhood game Chutes and Ladders. It can be hard especially when we initially resist it. However, sometimes circumstances force us to do so. While it’s never an easy process, there are things we can do to make it easier.

Good luck on the journey.

Recipe For Moving On.