Karmic Balancing: Why I Had to Have that Sh*tty Relationship. 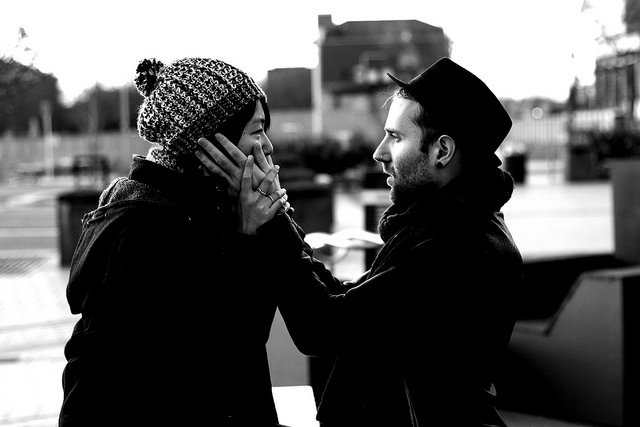 Many people, including me, believe in karma and reincarnation.

We also believe that souls travel in groups, so that in one lifetime your mother may be your next door neighbor and in another your father may be your son. Souls can enter and leave these groups during different lifetimes, but if there is unfinished business between them, and there usually is, they will keep encountering one another in various combinations until their issues have been resolved.

This can take millennia.

(For more on the subject read Many Lives, Many Masters or Journey of Souls, both  by Brian L. Weis, M.D.)

We have all had the experience of meeting someone for the first time and feeling the eerie sense that we’ve known them forever—and that familiarity is not an illusion. We have likely been traveling with them throughout centuries. But, just because that’s true, it doesn’t mean we are eternally destined to be together, it simply means we have some karmic balancing to work out.

Karmic balancing, more often than not, is a painful, agonizing process because we are struggling to grow past something; an idea about ourselves or the world, a hurt that we have endured or exacted on someone else, or a behavior or impression (in Sanskrit known as a samskara) which is counterproductive to evolving into the best version of ourselves.

I hadn’t heard any of these theories when I met and feel in love with my ex over 20 years ago. In fact, if you’d asked me at the time, I would have told you I was an atheist, that when we die, we’re dead and that’s that, and that life and philosophy are a lot simpler than people try to make them out to be. (That last may actually be true.)

Regardless, I was drawn to this guy like—and you’ll forgive the cliche’—a moth to a flame.

I looked in his eyes and it felt like handcuffs had been slapped on my heart. As compelling as he was, however, he never felt like home, which confused me, because how can we have such strong feelings for someone if we’re not “meant to be”?

I didn’t know it then, but that relationship was the culmination of many lifetimes of relationships (with the same soul in different physical forms) which had all been trying to tease out an essential dysfunction within me. What was that dysfunction? What was that thing that had been so broken that it took going to the darkest, most desperate, lonely place inside to expose it and finally let it go?

I did not believe that I was loved, that I was worthy of love or even that love was real.

Sometimes, the only way to understand a truth is to throw everything you’ve got against it and see what sticks.

I made it my mission, in tandem with this guy, to be the most unlovable, unloving, unloved person who ever lived. My belief that he was the only person who could love me, who knew how—though he was a man who clearly did anything but—and my insistence on prioritizing him over everyone else in my life, friends, family, myself, was my soul’s final attempt to find out the answer to this question; even if I am the horrible, worthless person I suspect myself to be, can I still be loved?

And when, at the end of our relationship, after I had lied to and stolen from everyone I ever knew, systematically tried to destroy myself with drugs and humiliated myself and anyone who was tenacious enough to try and support me, when after all that, I still fell into a soft cradle woven from all the hearts of all the souls who have been trying to reach and and hold me gently since the beginning of time, I finally had my answer.

Love is real and I am loved. As are we all.

I will never have to have that sh*tty relationship again. My time with the soul of my ex is done. He, in his cruelty and I in my ignorance, managed to stumble through a crucible that—while it almost broke me— perversely made me whole.

This does leave me wondering what the karmic balancing was about on his end. I don’t think he felt any resolution or growth from being with me. He died early, on purpose or by accident, with his lips wrapped around a bottle and his pocket full of drugs. But his journey is not for me to know. All I can do is try to remember him compassionately, which is a challenging task indeed.

I also can try and remember that each of our relationships serve a greater purpose. They are chapters of a book we may not ever entirely remember reading, but which nonetheless shape who we are and how we move forward. And each of us, at our different paces, are moving forward.

As Ram Dass so eloquently says, “We are all just walking each other home.”

Our job is not to avoid the things that cause us pain, but to learn from them by being brave, honest and vulnerable, so that we might have an opportunity to move onto new lessons in this life.

Twin Flames & the Illusion of Time.