Meditation: Simple but Not Easy. 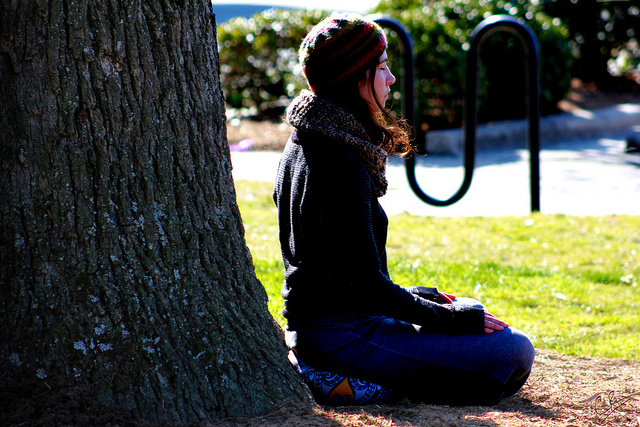 Do you meditate? If so—how?

Do you candle gaze or sit in cross-legged serenity?  Perhaps you have an app on your phone, connecting you to thousands of others throughout the world meditating at the same time—a sort of global bliss connection.

I’ve had trouble with meditation in the past—the harder I tried the more hopeless it became. Clearly I was approaching it from the wrong angle, as irritation, frustration and a slight sense of guilt is not really the state one hopes to find oneself in after a meditation session. I started to wonder if I really needed to mediate, and if so, how I could get better at it.

Patanjali—the Indian sage who wrote The Yoga Sutras about 2000 years ago—encouraged meditation to still the fluctuations of the mind. Perhaps that’s an insight into why we’re flocking to workshops and retreats to learn this ancient art. In our new age of technology, our minds don’t stand a chance of stillness. We’re constantly bombarded with information—our phones, tablets and computers have almost become extensions of our bodies.

Be honest—how many times have you checked your email in the last couple of hours? It’s not easy to still the fluctuations of a 21st century mind. I’m sure there were worries in Patanjali’s day—like being invaded by some neighboring tribe, and the absence of antibiotics made sickness a problem—but it wasn’t like they had the news media on a 24-hour loop, projecting images of the latest tragedies or warning them of impending doom. I bet there weren’t any body image issues, and I’m pretty sure there wasn’t much cancer, heart disease or diabetes to deal with. My point is, if the human race needed mediation to thrive when life was simple, there should be no doubt we’re in extreme need of it now.

I tried hard to be good at meditating and ended up frustrated. I think that was my problem—when we try too hard, we miss the point. We can’t conjure up a meditative state, we can’t pay to enter into one, and we  can’t use brainpower or willpower to get there. The instant we seize onto an iota of stillness and gleefully think we’ve found peace, it floats away. The more intensely we focus—seeking out what we know is to be found—the more elusive our goal becomes.

I believe we find ourselves meditating when we least expect it—without realizing and with no effort at all. I think we all do it as a survival tactic. A friend of mine tells me she falls into a meditative state when doing the washing up or while driving the car. I’m told people meditate while standing in line at the bank—or in the supermarket, as an alternative to rolling ones eyes and glaring at a watch or phone. I think even I have managed to find a certain level of a meditative state while walking in the depths of the woods.

As each step and each breath rhythmically lead to another—the mind chatter dulls, the to-do lists float away, and although I wouldn’t claim to find a state of bliss, a stillness settles in my soul. When I return to the parking lot and drive back to the real world, I’m calmer for a time—and grateful for the moment of peace.

I lead a mediation session recently. I felt like a bit of a fraud, due to my rather checkered history on the subject, but I read my script with the best of intentions. The “audience” started off lying down or sitting cross-legged, but they all looked a little too rigid. They seemed to itch quite a lot, and there was even a slight drumming of fingers on the floor. I played my relaxing music and read my script slowly—very slowly, in what I hoped was a calm and comforting tone. About half way through a funny thing happened—the itching stopped, the drumming stopped, the room became really calm and the only audible sounds were breathing, my voice and the background music.

Then an even funnier thing happened—I began to feel calm. I felt their peace envelope me, and it was wonderful. I never expected to find anything remotely close to a meditative state that evening—I was supposed to be leading the session, and I was supposed to be the one in control. They were supposed to be blissed out, not me, but it happened—entirely unexpectedly.

I’ve since stopped trying so hard to become successful at meditation, and it’s working out much better. I try to allot a few minutes a day—I sit down and try to clear my mind and see what happens. Some days a few minutes turn into 20. Other days, the dog barks, the phone rings or my foot goes to sleep—so I get up and carry on with my to-do list.

I’ve come to trust, believe and understand that meditation is necessary—that a beautiful state of serenity is available and waiting to visit me, usually when I least expect it. 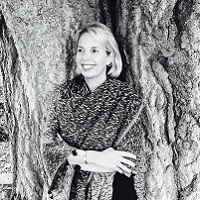