My Journey from Control-Freak to Surrender Goddess. 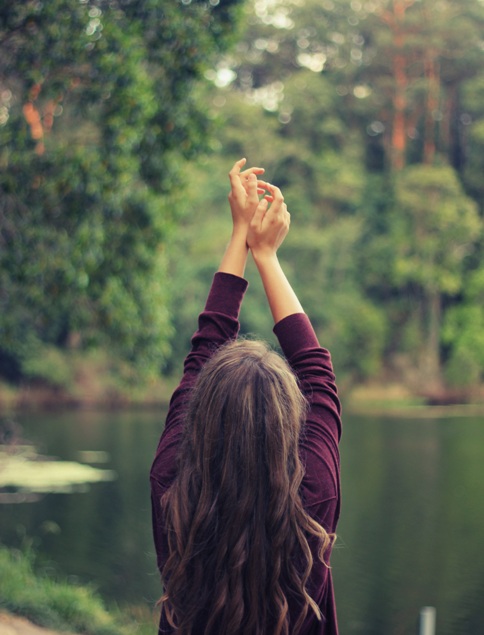 “I am learning to trust the journey, even when I don’t understand it.” ~ Mila Bron

My mom won’t appreciate me saying this, but my need to be in control of everything in my life came from her.

I am a woman in total control most of the time and although I try my best not to control what other people do, I’d be lying if I said I don’t have an emotional investment in them.

It took me a long time to learn surrender. Surrendering to what is….what is happening around me and what may come to be in the future. We all play a small part in the things that happen to us in our lives, but some things are simply out of our control.

Since I began this practice, I have become keenly aware of how much easier things seem to flow in my life when I just allow them to happen rather than forcing them. In fact, I find if I’m trying to force something to happen, it’s pretty much a guarantee that it won’t happen. I think it’s the universe’s way of saying to me, “Hey lady… we got this. Back off.”

I recently had a conversation with friends about why we try so hard to control everything in our life, from the way our husbands do things, to the choices our friends are making, to the way our parents and siblings handle their own lives.

We dissected our need to control things ad nauseum and where it stems from and were able to identify what really drives us:

What in God’s name will happen if I don’t direct, manage and force something to be the way I think it should? Well, the answer to that is “probably what should happen”… meaning when we allow things to just play out without our interference, it has a wonderful and organic way of turning out exactly as it’s meant to be. And don’t we want things to be exactly as they are meant to without us forcing it to be something different?

I’m also learning (slowly and sometimes kicking and screaming along the way) that I don’t always know what is best for other people either. I think we all like to insert ourselves into other people’s lives and tell them what to do because we think we’re being helpful. And sometimes we do know what is best for them since we aren’t emotionally involved in their situation and we’ve been through something similar in our own lives and want to help.

But being attached to what other people do is our ego coming into play…and we have to take it out of the equation. It’s much better to allow people to find their own way and relinquish total control of their situation. Being attached to any outcome is certain death for our inner peace.

We want things. There are some things in life we want so much, the only way we think we can have them is if we go after them full force and do everything in our control to attain them. We don’t trust that if it’s meant to be ours, it will find its way to us. This applies to relationships, jobs, a home we may want to buy, money, whatever.

Should we put time and effort into manifesting these things for ourselves? Absolutely.

Put your wishes and desires out into the universe, but then surrender to how those things come to you. We don’t always know the path it will take to get to us and sometimes there’s something important on that path that we need to experience to truly appreciate it when it comes.

She replied quietly, “When you surrender and stop fighting it.”

So I stopped fighting it. I surrendered to what was. I didn’t like what was, but I decided in that moment to just accept it. Because I wanted peace more than I wanted to prove to him that what he was doing was hurtful. I realized I couldn’t control the way he saw the situation, but I could control my reaction to it and not give it any more of my energy.

Surrender literally means to stop fighting. Stop fighting yourself, other people, the situation you are in and allow the natural flow of things to happen. It’s happening for a reason.

Surrender means to accept what is.

Surrender means trusting that all will be well and it asks us to have faith.

It’s a conscious decision to surrender. Sometimes it’s a decision we arrive at because we get tired of fighting and realize we have no other choice. Sometimes it just becomes the only way left to move forward from the painful situation we find ourselves in.

So for today, can you allow yourself to let go of a person or situation you are trying to control? Can you have faith that if you surrender and let it go, the universe will find a way to resolve it for the highest good of all involved including you?

Doing this is far more powerful than you can possibly imagine.

“The greatness of a man’s power, is the measure of his surrender” ~ William Booth

How to Recover From a Break Up the Healthy Way.