My Loving Conversation with Depression. 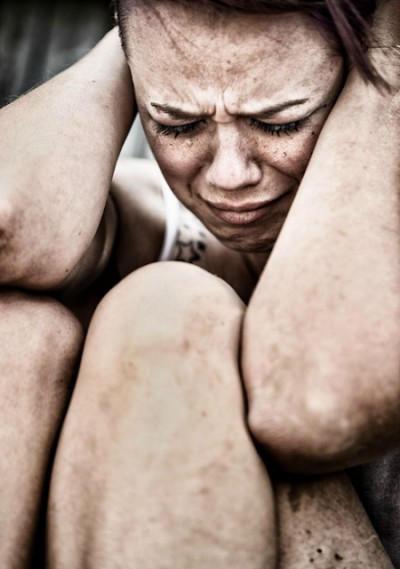 I hung out with Depression for a little while yesterday.

He and I hadn’t really spent much quality time together lately. Neither of us had anything better to do, so we spent the day just lying on the couch, eating Doritos and watching Netflix.

I’d like to say it was nice, but we all know that would be a lie. Depression isn’t “nice,” nor is he “evil.” He is Depression.

It took me a little while and a little work to reach the mutual acceptance and understanding that is now our relationship.

When I first met Depression, he was like that friend who always shows up with the other people you really want to see and then hangs out in the corner. You feel bad at first, but not awful. You’re like, “Oh man, I should make a point to talk to that kid next time.” Or like, “Ya know, maybe I’ll punctuate this movie marathon with a shower or a meal, just to keep things interesting. Next time.”

After a while, though, he starts showing up unannounced and uninvited, and you both sit in tense silence while you’re wondering what on earth that guy is doing here, again.

I would like to say that I got angry after awhile, but we all know that isn’t really possible when it comes to Depression. I didn’t have the perspective that I have now either. It was like he had me under an enchantment. Though I despised the feeling, I wasn’t going to give his existence the honor of my acknowledgement.

I silently and brutally tolerated him. He continued to show up. There were times when he didn’t even leave for an entire week, and I didn’t say anything. What could I do?

I suppose I could have done something, but there is no rule book on how to deal with Depression, and so I kept on ignoring him until my life got to the point where I couldn’t any longer.

“Why are you here?” I asked one evening.

He was sitting on the couch next to me, patiently watching whatever movie I was watching, respectfully adjacent to my nest of blankets and pillows. When I spoke to him, he didn’t make a fuss about how I had never done so before.

He simply looked at me with his deep, level eyes and said, “I’m here to help.”

“No you’re not!” I countered, distraught by his reply. “Look at me! I’m an unproductive pile of a human being. This is obviously not helping me.”

“I’m not here to help you be productive, Annie.” His tone never changed from that calm patience. “But I am here to help.”

“Help with what, exactly?” I was starting to get pissed off, but this only seemed to delight and amuse him. He smiled at me.

I opened my mouth, but then I closed it. Hide?

“Coming up with the reason isn’t in my job description. I just come here to help you when you want to hide from something. The ‘what’ that you hide from is entirely up to you.”

We looked at each other then, for a long time. I looked at Depression and Depression looked at me. Suddenly, I saw it. There was love in his eyes, and it was for me. So much love just pouring out of him, like I was his child.

He wanted to take care of me. He wanted the best for me, no matter how gross I was at that moment. No matter how much I was disgusted with myself. There was no fear in his eyes. No judgment. No expectation.

As this understanding settled around me, I began to cry.

Depression reached out and squeezed my hand and got up off the couch. I realized that he was moving toward the door and I cried out, “Don’t go!”

He paused and turned, but did not return to sit beside me. “You don’t need me anymore,” he said.

“But—but—“ I blubbered, unable to form a sentence, because I knew now why I wanted him to stay. The moment I saw him go for the door, I knew who would come to take his place. I knew who I was hiding from. I didn’t think I could handle it.

There was nothing to be done, however. The more I tried to sink back into that numb oblivion, the more the tears came.

Depression left, soundlessly, and the enchantment he had placed on my self and my home lifted. Without it, Fear could get in now, Sadness, and Pain.

Those first few days were hard as I fought to face these new companions the same way I had Depression. After some time passed, I realized that while Fear could now get in, Happiness could, too.

Love was now able to cross my threshold. Creativity was one new friend who I adored having over for tea and conversation. I understood the role that Depression had to play in my life. But while he was there, there would be no others than the two of us.

It was the price I paid for protecting myself from feelings I did not want to face.

When I finally dragged myself from my bed yesterday, I knew who would be waiting for me in the living room. I would like to say that it was nice to see him, but we all know that would be a lie.

“So,” Depression said, giving me that same accepting smile. “What would you like to do?”

In lieu of response, I curled up on the couch beside him and pulled a blanket over my body.

Much later, when the sun had already gone to visit a new part of the sky, I could feel exhaustion dragging me into sleep once more.

“Depression?” I mumbled into my pillow.

“You have to leave tomorrow.”

He chuckled. I could feel the vibration of the sound through the couch.

Smiling, feeling a bit lighter, I finally closed my eyes and slept. 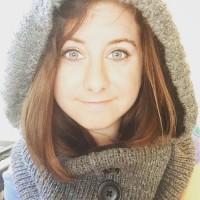