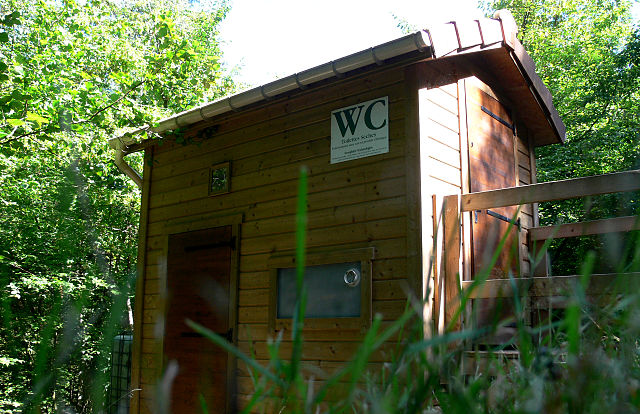 I have been thinking about water, how I use water, how much I use and if I waste it.

One of the biggest uses of water in a modern house is via the toilet. I have a brick in my cistern to reduce the amount of water that gets flushed away. I also have a little moto about flushing the toilet during the night time, “if it’s yellow, it’s mellow, if it’s brown it flushes down.”

For many years I have wondered why us westerners are flushing our poo away (Really. Bear with me, it will begin to make sense…I hope).

Why in the world are we dumping fecal matter into clean drinking water? Maybe we are so accustomed to doing this now it seems normal, but is it a wise thing to do? It’s not so much because of the treating of the water because that has to happen anyway to ensure there are no pathogens in the water.

I was thinking more about all that potential manure going to waste.

So what are our alternatives? Compost loos or putting the poo on a compost pile. I have used compost loos many times, none of them smelled bad and there were no flies. The first time I used a compost loo it dawned on me how silly it is to send all that manure away to be sterilised and destroyed—all that potential nourishment for soil was being flushed away millions of times every day, over many years.

What impact has that had on the soil and therefore the food chain?

Our soil needs all the nourishment it can get and without quality top soil we have little chance of growing nourishing vegetables even if we use organic/biodynamic principles.

I had the privilege of living in a 400 year old cob house and had many conversations with a lovely old man who used to live in the house. He lived there for 40 years and told me about how things used to be in the old days. When I mentioned my revelation about using human manure on the land, he smiled and said it was common practice when he was a boy.

As long as you use a little common sense and care, it all works out just fine.

When I lived in Spain our water was not taken away by the water company. Instead we had a poo pipe that went from the toilet down the hill in front of our house. (The look on the mother’s face when she heard about this was great!) It wasn’t a huge distance from the house but far enough that you couldn’t smell anything. This set up is legal still as long as it is already in place but you cannot legally build new homes like this anymore in Spain. (I lived there five years ago and this was the law then, not sure about today).

After my initial giggles subsided, I forgot all about the poo pipe until one day when I was out hiking I discovered an area covered with the most beautiful, large and juiciest tomatoes I have ever seen. Upon further inspection I noticed the poo pipe in the middle of all of the healthy, lush plants. I didn’t eat any of the veg from there but it did show me the kind of positively amazing effect human poo can have on the soil and plants. It’s crazy use water for our waste that then has to be cleaned and sterilised with toxic chemicals when we could just use it to feed the soil.

I have had a number of interesting conversations with farmers and people who work for the water board. I enjoy talking to them about these issues and discovering their viewpoint and insights. All of them agreed wholeheartedly that it is a waste to sterilise the poo rather than turn it into manure.

A farmer told me that he used to use a delivery of manure from the sewerage plant to spread on his fields. It was never used for growing produce that humans would eat but for crops to feed his animals. He confirmed how well the crops grew after being treated with human manure. This is no longer allowed. One worker from the water board laughed when I told him about our Spanish poo pipe tomatoes and said that this frequently happened at sewerage plants.

Many of the workers had no qualms in taking the tomatoes that grew abundantly and experienced absolutely no harmful side effects from eating them regularly.

I was delighted one day when an employee from the water board explained how naturally our village sewerage system worked. He told me that because our village was so small and did not have many residents, the water board was able to set up a simple system that allowed the used water to be cleaned using bacteria and a filter system in a tank and eventually the water was clean enough to be released into the nearby river.

So, there are natural alternatives that would reduce the heavy use of toxic chemicals such as chlorine and nourish our soil and food chain. I hope and pray that we get the opportunity to move away from systems and behaviour that depletes and step by step, day by day, create a more gentle, nourishing way to live on this beautiful planet.

The Taboo of Poo—Preserving the Planet with Human Waste. 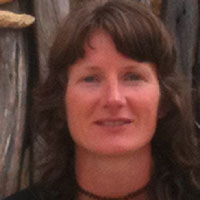