The Art of Grieving and Letting Go. 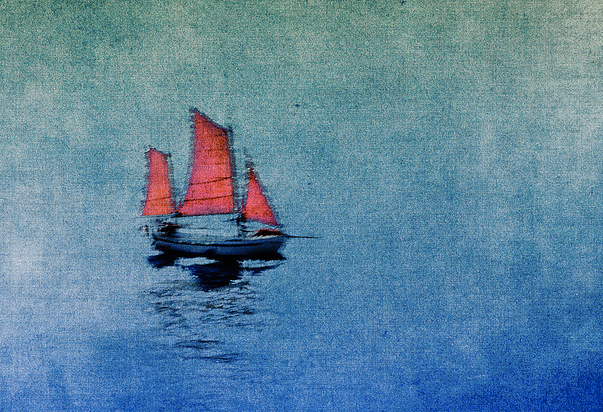 Thirteen years is an immense amount of time to hold on to something that weighs down your soul and makes it impossible to sail forward.

Like a ship anchored at dock when there is a whole world of possibilities beyond the horizon, I felt stuck under the heaviness of my past and the anxieties that came with it.

For, thirteen years I have tried to forget and move on, without actually letting go.

Like many people, I have a hard time letting go of things. Memories, mistakes, events and harsh criticisms; these things linger in the back of my mind, popping up when I least expect it, crushing my self-esteem and plans for my future.

Last month I vowed that I would begin my renewal and I have not looked back.

I was seventeen years old, when I discovered that I was pregnant with my first son. Once the initial shock subsided and the fear lessened, I began to plan my future as a new mother. I continued high school, but also worked, read up on breastfeeding, and planned a nursery in the evenings (once I finished my English homework, of course). I still had aspirations of going to college until a brief meeting with my guidance counselor changed my path. “There is really no point in applying for college with the rest of your classmates at this time. Just focus on this right now,” they said. To a young, scared, teenage girl, those worlds cut my self-esteem up like a knife, shredding my aspirations to pieces.

It took me weeks to come to terms with the fact that I was going to be a mother, only to have it all ripped away 28 weeks into my pregnancy. Before I knew it, I was rushed to the hospital, pumped with magnesium, and put under anesthesia. I later found out I had severe preeclampsia and almost died, and I was told there was nothing we could have done to catch it.  As I awoke from my medicated stupor, I was barked at by the doctors and nurses hovering over my face, asking me to make a quick decision about my son’s life.

He passed away that very day.

From that moment on, I was told by everyone to get over it, it was a blessing that he passed away. I was too young to be a mother anyway. When I was anxious or sad, I was told I was crazy for holding on to the loss.  You are treated very differently when you have a loss as an unwed young mother than when you are married and at an acceptable childbearing age. I learned that when years later, I miscarried with my now husband. Everyone was so compassionate and caring as they told me there was no heartbeat found in my six-week-old fetus, but I was told to just get over the death of a son who was born alive and died.

Thirteen years is a long time to let something eat at your soul.

For me, it was never about saying goodbye to my first son. His ashes sat tucked away in a drawer at my parents. As if keeping the tiny metal urn hidden away would take away my pain and memories. This was far from the truth, instead it manifested into anxiety and regret that chipped away at my core for many years to follow. These feelings severed relationships and kept me from blossoming into the woman I knew was locked inside.

I made a pact to myself this September that this year would be a year for growth and renewal. Like the trees in the fall, I would shed my leaves so that I may heal and then be reborn. Shedding my leaves is letting go of everything that weighs me down. Not just the death of my son, but of everything that doesn’t serve me anymore. The harsh words of a loved one telling me to just get over it, the fallen friendships along the way, the job I didn’t get, the colleges I didn’t go to, and the mistakes that I made—I am shaking my branches and letting it all go.

I am now training to become a Birth and Bereavement Doula. I will be able to assist with “happy births” as well as be there for mothers whose babies have grim outlooks. My long term goal will be to focus on teenage mothers going through losses, because there is not much support out there for those young women. I want them to know it is ok to grieve and mourn.

This past weekend I finally took my son’s ashes from a drawer in my parent’s home and had a beautiful ceremony to say goodbye. I spoke to him and promised to honor him in all that I do. A long overdue moment, letting go of the sadness attached to never saying goodbye.  This is the poem I wrote to my son.

Or a shooting star quickly caught by the eye

No matter how fleeting, your time here on earth

An immense impact was formed the day you were birthed

Your tiny hands and cherub face engraved in my mind

I often wonder who you would be today, if we were given time

God had other plans for us, for years I questioned this

But the lesson you brought to me was never once dismissed

Just like the trees that surround us , vibrant leaves they shed

Exfoliating themselves, so that from the inside they can mend

So that I can heal from the inside, and become a better me

I vow to you today, as we stand in the crisp autumn air

To honor your life through compassion and prayer

I will honor your gift in every breath that I breathe

I will never forget all that you have taught me

So today is not goodbye, but a thank you instead

By choosing me to be your mother, my soul you did mend

It is never too late to let go of the things that are holding you back from happiness and light. Whether one day or thirteen years have passed, take the time to heal and renew yourself. Turn your pain and sorrow into lightness and hope by helping others along the way. We are all in this together and we will all be ok. 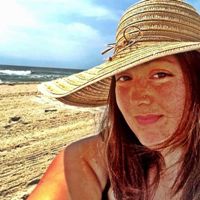