The One True way to Connection with our Compassion. 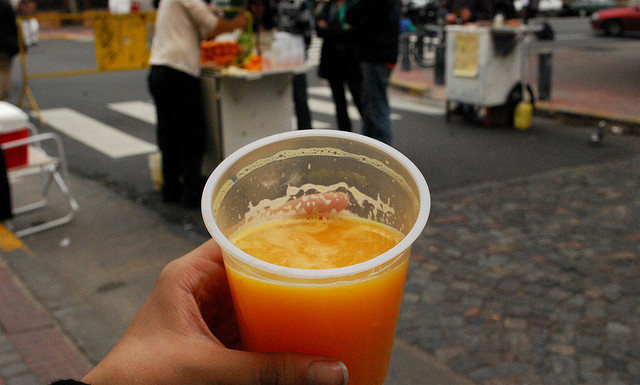 Noticing and caring for others can change someone else’s world and transform your community.

Today there was a big demonstration near my home, on one of the biggest avenues in Mexico City. I kept reading angry comments on Facebook about the “stupid peasants,” “poor a**holes,” and all the bad words you could possibly imagine.

Yes, when we can’t get to our job fast enough or something stands in our way of doing what we want, we tend to get angry, and insult as a result. We don’t care about the misery of others; only what we want is what matters.

I am living in a country where most of the people are living in discomfort with our current non-democratic, cheating government, and the terrible economic situation. But with all that, are we really entitled to look down on others only because they get in our way? Are their needs less important than ours?

I called my office and let my boss know I wasn’t coming into work. I decided to work from home to avoid the traffic, and because I seriously didn’t want to become part of this cycle of traffic, rage, demonstration, angry comments, and despair. I chose to deal with it from another angle, so I stayed home. I had a slow breakfast and began my regular chores. At noon, I decided I should find some fresh orange juice. Because yes, I live in an unfair country, but I’m still lucky enough to find a fresh glass of juice for a dollar just around the corner.

I was talking to the man while he was squeezing the oranges, and I noticed he was not okay.

I asked him what was wrong.

He told me his wife was at the hospital and he was concerned he couldn’t make it for the visiting hours. He did not blame it on the demonstration or the traffic. He never mentioned the street was blocked. He was just concerned about visiting her and caring for her.

He was also worried because instead of staying with her that morning, he had to go out and work, as if nothing had happened. In the situation we are living in, not squeezing oranges for one day means that he, his wife and his children won’t have anything to eat.

I had been shocked to read all those comments on Facebook from people who are my friends and who I surround myself with. They did not have a dying wife in the hospital. They had food in their fridges and a roof over their heads and many luxuries they don’t really need. And they still feel entitled to swear at those who are walking the street to claim the future they deserve, one with a roof over their heads and food to eat, at least once a day, every day.

Then, this man started crying.

He looked at me. I hugged him, and he was surprised. He told me he never thought he could speak to any of his customers because they usually look down at him. In the end, to others, he is just the orange juice guy. And people would come and go without even looking him in the eye. But to me he is another human being and he deserves to be looked at, and heard. It is disappointing to realize I live in this sort of society, one in which the people who serve you don’t deserve your attention.

Then, another customer arrived and became angry because his juice was not ready immediately. The man had been busy talking to me for two minutes, and the customer was losing it.

He said: if you don’t want to work, don’t come here. There is a big traffic jam, and I am in a rush.

The man started squeezing again and I waited. I stared at the customer, as he was being rude, and he was not ashamed. Eight minutes later, we continued talking. He told me he was relieved he could talk to someone today. He was able to cry. He was hugged. He felt better.

And so did I, because now he’s not just a guy—now I know his name, and he is a human being. I have been buying his fresh juice at least once a week, every week, for almost a year, and I had no idea who he was.

Today I learned a lesson, a small but valuable lesson.

It takes a few minutes to get to know another person, if you care to do so.

We can go about looking the other way, but that is not the way I want to live my life. We are surrounded by other human beings with worries, with feelings, with emotions, who are also trying to live their lives in the best way possible. And they matter as much as we do. 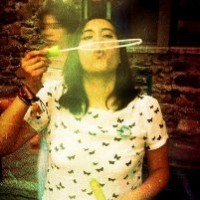