To Those Who (Think They) Are Failures. 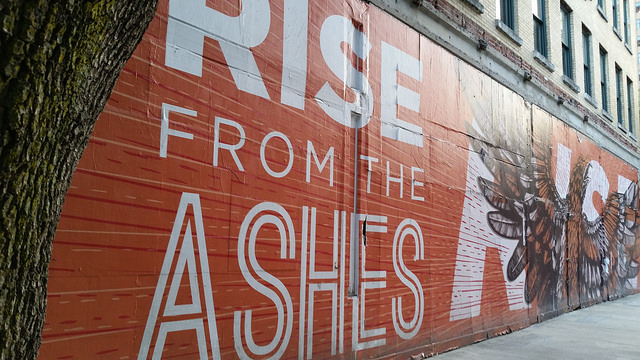 There exists people that we refer to as olds soul. I am not one of those. And, for all of you who are like me, who have had to learn to live through trial and error, this may resonate with you.

There exists a time in our life where we realize the truth to the iconic Yin and Yang. How apparently opposite or contrary forces are actually complementary, interconnected, and interdependent in the natural world, and how they give rise to each other as they interrelate to one another. This reality has revealed itself to me in many different forms, and in many different times throughout my life.

I divide my life into two parts. Audrey before she was charged with a felony and Audrey after.

If I were to tell you what it was about right now, I would ruin the story, so let me start from the beginning.

I am the only child of two narcissists. For any of you who have ever come into contact with a narcissists you can imagine what it was like, but for those who haven’t I will explain.

My entire childhood consisted of me doing my best to be invisible, because if I created too much negative attention (like being too loud in a social setting) I was punished. My mother liked to pretend that she was powerless in life, so I was more of my mother’s protector than a child that she cared for. It was a unique environment where I was ignored as long as I was “good.” This fostered in me a fierce independence, but as a child and adolescent, I expressed that by skipping class and acting as if I cared about nothing.

I moved out of my house and into my own apartment as soon as I turned 18, and graduated from high school soon after. All the turmoil of my childhood left me aimless. I was more focused on being left alone than about what I wanted out of my life. I had no idea who I was, or what I wanted my future to look like. I had a very good idea of what I didn’t want it to look like, and I spent many years of my life working only off of that image.

Since I didn’t know what I wanted to do, who I was, what I was good at, beginning college was extremely hard for me. Not because the subject matter was hard to comprehend, but because I had no reason to be there. I had no passion. I was there because my friends were there and that was what I was supposed to do.

I went in and out of college for a few years, each time returning with a different major in mind, each time leaving because I realized that that too wasn’t my passion, just another hobby. All this time I was working to support myself, my mother who had divorced my father, and my two younger sisters. But, eventually, my mother remarried, my sisters moved out of the house, and I settled on a degree.

So, my eyes set on the horizon I pushed forward. Finally, Finally, I had come to the end of my goal; it was the last semester of my bachelors. I was doing great at my internship, I was going to do this, but I was out of money, $3,000.00 in debt. I had to have one more school book, but I just couldn’t afford it. The school library had it though, and no one used it. The librarians didn’t even know it was there. So, after much deliberation I took it. Well to be completely honest, I stole it out of the library because it was a do-not-check-out-of-the-library book.

Before I was charged with a felony I was lost, scared, and just moving through life. But, the interesting thing is that I didn’t realize it. I had no focus and figured that life would just figure itself out.

After I was convicted, I was forced to take a look at myself, at the life I was living, and the dreams that I had. Everything that I had done in the past was not going to work for me anymore.

Imagine that everything that you are could be put into a box. All of that, all of me, was turned over, spilled out, and scattered. I had to pick up what I could, and create what was lost. This new reality that I found myself in wasn’t one that I was familiar with and I had to find a way to live inside of it.

This began the growth period of my life, and has brought with it the most joy and happiness that I have ever experienced.

This is what I learned: Happiness is found somewhere amongst pain, suffering, and loss. It is not something that we obtain and we are forever after happy. It isn’t a gift we are given. It is only achieved through hard work and effort; by pushing through the pain, failure, and loss. As soon as it is obtained it can be gone, and then we must question if that really was happiness or something else? Some fleeting mirage that society has taught us is happiness.

Essentially, we can only find this real joy through experiencing real life. And real life is not safe, it is not always kind, and it isn’t a mirror, meaning my joy is not yours and yours is not mine.

The best thing that came out of my painful upbringing, my aimless early 20s, and the library book disaster was the gift of perspective change, and the ability to focus the strength that I already exhibited on something else—me.

Gifts come in so many packages, and for me, losing everything familiar, pushed me to find out who I was, what I wanted out of my life, who I wanted to become, and what could I offer other people.

Don’t be so sure that a choice even a mistake is going to end you. Keep in mind the Yin and Yang, the duality of life—the ebb and flow humanity.

Have faith in your ability to get up and your biggest mistake might just end up being your most beautiful beginning. 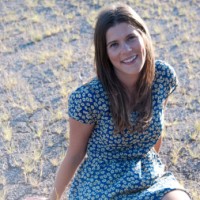