When we’re not Asked to Stay—The Only thing to Do is Leave. 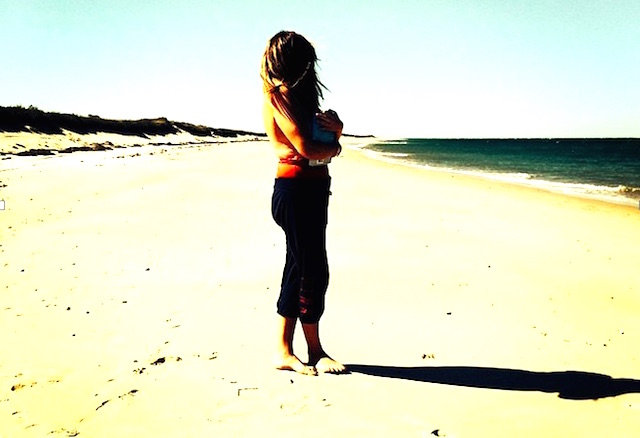 “You and I will always be unfinished business.” ~ Unknown

I realized suddenly that you had never asked me to wait—so it seems the only thing to do is leave.

Even now, I don’t really want to walk away from something I have never experienced with anyone else—but I can’t keep choosing you, when I am not being chosen.

Although you said you don’t want me to give up and just walk away, I didn’t want you to either.

But you did—in the thousand silent moments you put between us.

I know that the world of solitude inside of your head sometimes seems the safest place to exist and that the ghosts of memories hold you back, making you question everything.

I know you’re one who needs the quiet of time to figure life out—but I can’t be shut out.

And, I have ripped myself open and stood naked in the cold rain exposing myself—and while I never expected you to actually join me—you also never invited me inside.

But even this doesn’t change anything.

In a way, the most heartbreaking part of this is whether I see you next week, next year or even 10 years from now, we could pick up exactly where we left off.

A whole lot of misshapen chaos of sweet unfinished business—and my eyes will still burn into you making you shake all the way down to your toes.

I am surer of that than anything else—because now we believe in soulmates.

Not that it makes a difference—but we were shown a reality that neither of us had previously believed in.

And it did change our worlds forever.

Mine will always be bittersweet because I opened to you more than I ever have to any man—and yours will always be the memories of a woman who made you feel things you didn’t think possible.

Even as I set out on this journey, I knew I was taking a risk—not because I wanted to get hurt—but because you told me that you’d gotten scared and run in the past. You ran from me too.

I knew there was always a chance of you running—I just hoped that you’d take my hand and we’d run together into a future that was better than either of us had ever imagined.

And so I waited—with a patient heart and a hopeful soul. I dreamed that instead of being scared, you’d be inspired to go after the one inexplicable thing, that you could never get enough of.

But then I realized—I am the fool because I waited without ever being asked to.

And while you never said good-bye—you also never really said hello either.

Not that it means the fire between us is now diminished, or our connection broken—but rather walls were built and backs turned.

Sometimes, in the end, there is nothing left to say and sometimes we are flooded with thoughts of all the things we lacked the courage to say.

The worst part, is how well I know your heart and soul.

You said that I know you better than you know yourself, and it’s is true. But regardless of that, I can’t undo what has been done.

I can’t give you the clear eyes to see your future, and I can’t show you what you’re giving up. You’re saying good-bye to everything you’ve ever wanted, but yet never took the chance to actually get.

I am sure that you will find happiness, because like me, that is your nature—but it will never be like it could have been between us, but you already knew that.

Because sometimes it’s easier to settle than chase after the amazing, because if the reality of our fantasy came to life and sat in our lap, would we really accept it?

Or would we believe that, like most things in life—it is to be too good to be true, so we find fault where none exists.

I don’t know if you ever knew, but I was scared too.

I was scared of showing you exactly who I was, and more importantly, of missing out on something that felt so different than any experience before.

But it doesn’t really matter why I was scared, because it’s not just about me.

And no matter what changed between us, or how the storyline grew—it was simply never one that you wanted to take off the shelf and check out.

I talked myself in circles: believing in you, your words that I had never heard from another and your eyes, God—I never thought anyone would look at me like that.

And so I stayed, picking up the tiny bits of breadcrumbs, thinking that someday I would be given more than just pieces.

I’d hoped that in the end, what is meant to be would always be, and my loyalty rewarded.

But I know now, that’s not always the case.

Sometimes what is meant to be gets foiled, by our most human tendencies to ruin what we can’t explain—and sometimes fear really does win out.

Because, while I don’t really know how to leave, the truth is I don’t know how to stay anymore either.

Can’t Decide if you should Claim Her—Ask this One Question.

Photo: courtesy of the author, flickr/Strelka Institute for Media