Why it’s Going to be Great—or Nothing. 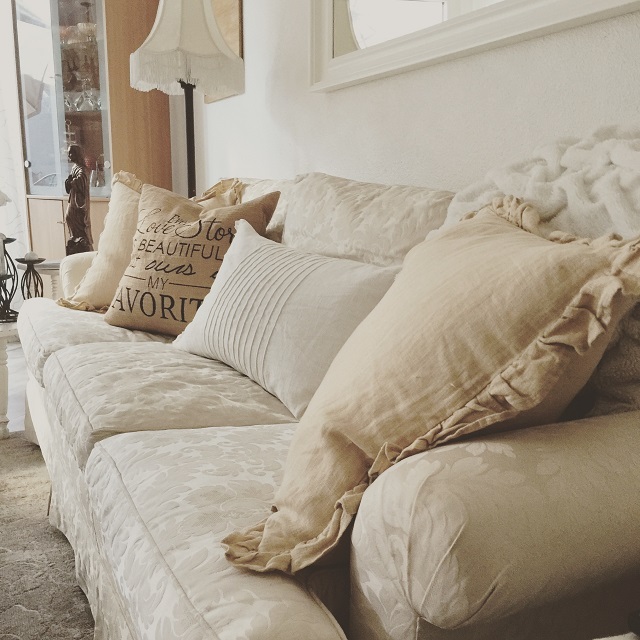 In a tone completely lacking in condescension, he asked, “Why don’t you just get what you want?”

It was entirely foreign to this man, my date, that anyone would ever consider anything they didn’t really want.

I had recently ditched my Toyota Previa out of vanity. I was newly divorced, childless and driving a mini-van. It had to go. I got into a much “cooler” red, metallic, brand new, sporty Chevy Blazer. I hated it from the start. It had a bumpy ride, the seats were stiff and the cup holders sucked. I’d finally admitted this to Sam, my date.

I missed my cozy silver-bullet shaped van with its sliding doors, double sunroof, hug-your-ass seats, smooth ride, abundance of cup holders and black bra. Yet I judged it. I judged myself in it. I was kicking myself for replacing it with something so not me.

Sam’s question landed like lightning in my brain. Why am I settling for this shiny new object that I don’t like?

By the time I got home (from what turned out to be our last date), I had already answered the question. What I really wanted was that pearl white Lexus mini SUV. That was a me car.

I started researching immediately, threw caution and a year’s worth of car payments to the wind, and found what I wanted. I walked in to the dealer a week later and traded in Mr. Wrong for Ms. Right. In the nine years I drove that gorgeous perfection on four wheels I’ve never regretted my decision. I only thought of the Blazer in the fond memory of getting rid of it. It was a great car, just not my car.

Little by little, I began applying this gem (of a process) to broader areas of my life, as I distilled it to one question: “Is this ______ great?”

My motto became simple—it’s going to be great or nothing.

I love my friend’s reclining leather sofa. You sink right in to it, then stretch out in to horizontal heaven. I decided I want one of those, when it was time to replace mine, which was becoming worn. I found one in my price range that could fit in two pieces through my narrow front door.

I was so excited for this upgrade—until they delivered it.

I hated it. With its tight leather straining so hard to hold the padding, it was like sitting on top of a shiny, hard bubble. When you lay down on it, it became two bubbles—one for your mid body and one for your calves. I thought it would break in, but it was terrible.

I rambled through a consignment shop, on a treasure hunt for my new office, sat down for a breather and fell in love. I wasn’t looking for this, but a white damask feather sofa appeared underneath me—feather! For a very reasonable price! When the seller lifted the middle cushion he gasped, “This is a very expensive brand! I had no idea it was one of these! You are getting a great deal!”

The deal was done, and I’d finally landed on what I wanted—beauty and comfort for a bargain. I re-purposed the expensive dark leather sofa for my office, where it lives in perfection. It all worked out.

I’ve decided the key to living a great life lies in this simple phrase, “It’s gonna be great or nothing.”

Life then becomes lived in two categories: “Great” or “Waiting for something Great.”

The trick though is knowing that our own version of “great” will be highly personal, and it will change, decision by decision, as well as over time. But we know—we always know.

The next part—the trickiest part sometimes—is making a decision about what to do with that information. For that, I have a suggestion.

If the answer is “no,” and it’s not time to part with that object/job/relationship that you already have, then a simple shift in perspective brings relief. For example, “This might not be great, in this moment, but something else is coming which will be great,” is something I said while sitting on that stiff couch.

Instead of bitching about it, I was appreciating it’s impermanence in my life. That bubble of a seat became a launch pad versus a literal pain in the ass. It provides great freedom to make a decision to break up with something, even if it’s not the right time to let it go yet.

Then maybe next time, applying this principle, there will be nothing to have to break up with, as we weed the “not great” out of our lives, decision by decision.

It’s going to be great or nothing.

Sam was not the guy for me, but his question rippled into my future to land on the one who is. Mr. Not Great showed up for two decades ,in different costumes, and I’m sure some who witnessed my actions in life saw me as hard to please—because I am.

I’m hard to please by anything or anyone who is wrong for me. In fact, I’m impossible to please by subpar or mediocre treatment.

Life brought me the man who is great, for me. Not great, perhaps, for any other human being on the planet except me.

I’m glad I waited in that “nothing” period until he came along.

There is absolutely nothing better in life than a great fit.

When confronted with any decision on the front end, I encourage this simple question: Is this great for me?

(Sometimes, just the need to ask the question holds the answer.)

Listen to the obvious response inside—then move quickly, before you talk yourself out of it.

Before you know it, you will be surrounded by greatness—even in the pauses—waiting with curiosity and excitement for the next great thing to appear.

Selfishness is a Wonderful Thing.