Yoga: Why It’s So Good for Our Health. 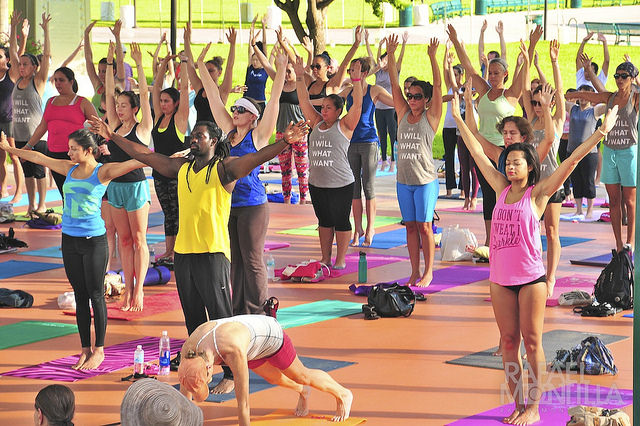 If you were to look at me, you probably wouldn’t assume that I do yoga, and in all reality, I didn’t until I had my daughter.

Postpartum, I had serious back problems and hormone-related issues, which was almost always exacerbated by working long hours at a very demanding job. My friend actually told me to try yoga before I ask for a scrip for pain pills, since it helped him with back pain, too.

Skeptical, I decided to try it. The first week or so was difficult, and was made even more difficult by the fact that I wasn’t exactly in my peak physical condition. My legs would be sore, and so would my back. After week two, I began to notice a slight improvement.

Things just got better after that, and while I still needed to be put on hormone therapy, my back problems aren’t half as bad as they used to be. Many would definitely consider me as a convert to the yogic lifestyle, and I’m not alone in that sense.

Though it was once a lifestyle that was relegated solely to India, yoga has become the biggest international fitness sensation the world has ever seen. Both Eastern and Western doctors now regularly acknowledge the vast health benefits that it offers, and it’s even become a common practice among professional football players who want to keep themselves at peak physical condition.

Aside from the anecdote I just told you about, it seems like there’s a lot of studies that suggest it may be the best practice out there.

It’s a stereotype, to a point, but it’s one that is both true and positive. People who practice the regular deep breathing of yoga and the intense focus on clearing one’s mind associated with this workout often find themselves to have lower stress levels than others.

Multiple studies confirmed yoga’s ability to reduce stress, so it’s safe to say that it may end up improving your ability to cope with stressful situations too.

Most people already know that exercising can lift a person’s spirits, primarily due to the natural release of endorphins. However, most people don’t realize that regular yoga practice can improve the well-being of people who suffer from major mental illnesses like schizophrenia, Obsessive Compulsive Disorder, and Post Traumatic Stress Disorder. Regular yoga practice has also been linked to better ability to control anger.

From anecdotal evidence, I can truly say that yoga has definitely helped me relieve some of the stress that I was having post-partum. Whether it’s because of the poses, or because of the deep breaths, I couldn’t tell you, but it did work.
You also become much more aware of your body.

Yoga stretches, as well as the attention that is paid to the breath, means that you will end up naturally becoming more aware of every little movement that your body makes. This increased awareness often shows itself in better balance, and an overall better connection with your body.

Yoga is also known for making you stronger, more agile, and more flexible.

Though yoga may be about taking things slowly, numerous studies have shown that it really does pack a powerful punch in terms of physical fitness. Yoga practitioners can expect to have increased flexibility, muscle tone, and muscular strength. It also boosts your metabolism significantly, which means that you can also expect to lose weight faster than before.

When yoga first really began to become popular, people joined so that they could get the “yoga butt” that is so well-flaunted in typical yoga pants. Yoga’s posture-improving powers also allow you to get better posture, which in turn makes you look even slimmer. It doesn’t take a health guru to figure out why yogis have better self-esteem and body image!

It also helps you maintain your ability to live well into your old age.

Time and time again, yoga has been linked to longer life spans thanks to all the benefits it offers to your body. However, unlike other life-extending things, yoga also offers you a better chance to live a high quality lifestyle well into old age. After all, no one wants to live to 100 if it means being bedridden and toothless.

It’s also not even necessary to practice yoga your entire life to see some of these perks. In fact, one study showed that people who were dealing with “Dowager’s hump,” also known as being hunchbacked due to old age, had increased mobility, better posture, and better flexibility after only 12 weeks of taking up yoga.

Yoga has also been linked to improved bone density.

Worried about osteoporosis, or about having bones break? Regular yoga practice has also been linked to increased bone density in the spine and hips. For families that have a long history of bone issues, family yoga time could be a way to avoid bigger medical bills in the future.

Studies have even proven that yoga can foster a better moral support system for practitioners.

Both anecdotal evidence and studies have suggested that practicing yoga on a regular basis can foster a better sense of community, help people make friends, and also just boosts a person’s belief in a sense of duty to their neighborhood. In fact, many people have found a new group of friends thanks to yoga classes.

This effect can be particularly powerful among kids, since regular yoga practice has been noted to help curb behaviors associated with bullying. It does make sense, since people who are calmer tend to be less likely to lash out, escalate arguments, or intentionally hurt others.

It can also seriously help with hormone issues and sexual health.

It’s long been said that women who deal with difficult periods, as well as women who struggle with PMS, can find some relief by doing a series of yoga poses. Though it hasn’t been fully scientifically proven yet, anecdotal evidence suggests that it works.

In my personal experience, yoga did seem to help the heavy cramping and breast pain that had come with my hormone fluctuations. However, I had somewhat of an extreme case when it came to hormonal health, and medical intervention was absolutely necessary. Even so, cow pose and cat pose definitely did help with breast pain.

Men also seem to get a good boost thanks to yoga as well. Studies suggest that practicing yoga can help get blood flowing throughout your body, and that can actually be curative for erectile dysfunction. It also has been cited as helpful for getting more sensation down there, too.

Yoga is great for everyone.

There doesn’t seem to be a day that goes by without one or two benefits of yoga being proven by science. No matter how old you are, yoga can help you live a better, longer, happier life. If you haven’t tried it yet, maybe it’s time to start.

10 Signs Your Energy Field & Chakras are Out of Whack. 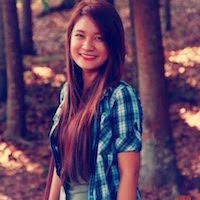