Let me paint a scenario here: Your partner gets home late from work.

After settling in to watch TV next to you, they ask you for a foot or neck massage because they’re stressed or sore from work. After an initial “huff,” you grudgingly oblige and proceed to attempt a partial-effort massage, half hoping that it’ll be so bad they never ask you again.

Then they ask for a little less pressure because it hurts, a little slower because that feels better and in a slightly different spot because you’re not quite on the right spot. Now you kind of regret that you ever obliged in the first place, and something that could have been relationship-affirming, has now become frustration on both sides of the equation.

If you’re nodding right now, read on. If you’re not, good stuff—keep up the good work!

Basically this scenario happens because you’re doing it wrong. It’s the hard truth, but you are. The good thing is, these five tips can lead to relationship-saving massages at home that you’ll both love giving and receiving:

No one ever misses that. When eyes are rolled or sighs are made it undermines the whole situation and demonstrates that you actually don’t want to give the massage. This may be true, but it also signals that in the not-wanting-to that you don’t really care. And it probably also says that you care more about your TV show than your partner’s health and happiness. (Dramatic right? Now you know the long-lasting and deep effect that one-second huff has). So, henceforth it will be dropped, yes?! Great.

2. You’re doing two things at once.

I’m sorry if you think you’re good at multitasking, but you’re not. There’s no such thing as compassionate multitasking. You might be able to perform two simple tasks at the same time, but that’s not the same as paying attention to what you’re doing. Paying full attention requires you to turn off the TV, put the book down and get rid of any of the other distractions currently stealing you away from fully nurturing your relationship. Doing so also speaks volumes to your partner. It silently says, “You’re more important to me than any of this.”

When you’re on the couch or some other padded surface that is too soft, any effort you’re putting in is also being absorbed by the mattress underneath—meaning it’s effort that’s going to waste. If you move to the floor where you can have some kind of yoga or pilates mat, you’ll find that you’re much more efficient with the application of massage pressure. It also creates more of a dedicated massage space and helps with #2.

When you’re on the couch or even after you move to the floor, move in a way that gets you utilizing body weight for pressure instead of hard-work. That comes down to positioning yourself better so that you can lean-in when adding massage pressure. As a general rule, if you position yourself where your arms can be straight you’ll have an easier time of transferring body weight.

This is one of the real keys to unlocking a magical and enjoyable experience for both of you. When you move slowly you have the ability to sense the “just-right” amount of pressure. It gives the body a chance to respond to pressure and relax further. Next time you give your partner a shoulder squeeze, if you’re jostling them and you see their head being shaken back and forth, then it’s a signal to slow it down.

Implement these five things to create an entirely different experience. Using them, you’ll notice that the massage starts to become more enjoyable for you, and all of a sudden there will be far less correction and advice given by your partner.

This is a great thing—and it means they are having a much better time and can actually relax and feel loved, which is all they really wanted in the first place.

Massage as Meditation: 4 Thoughts to Ponder.

Give Acupuncture a try: 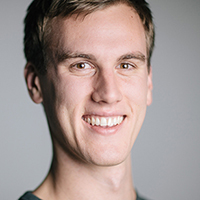